New York has long been a magnet for the world’s most ambitious chefs. These days, though, it’s not just talent we’re importing, but actual clones of big-ticket restaurants. You can now dine here just like a London banker (at the local satellite of Hakkasan), a Moscow oligarch (at Brasserie Pushkin, a spin-off of Russia’s Café Pushkin) or a Prague intellectual (at Hospoda, an offshoot of La Degustation in the Czech Republic), to name just a few recent arrivals. These aren’t chef showcases, really, but cultural ones, capitalizing mostly on their unique sense of place.

Al Mayass, which for the past dozen years has been among the top tables in jet-set Beirut, brings a taste of contemporary Lebanon to New York, with an upmarket spin on the country’s homey cuisine, best enjoyed in a pass-around feast.

Shant and Rita Alexandrian, who’ve brought Al Mayass outposts to Abu Dhabi, Qatar and Kuwait, dispatched two of their children to the chain’s North American debut, featuring the same polished Lebanese-Armenian cooking as the original, and a similar mix of pastel-hued glass sculptures and tall potted trees. And the big families crowded around oversize tables may as well have been imported too.

“You’re familiar with the menu, right?” a waiter might ask, assuming you know the brand well. Try not to panic as you scan the list of some 50-odd dishes, mostly meze, generously portioned for a group. If you order abundantly, as you’re really supposed to, there won’t be an empty square inch on the table.

Dishes, arriving in quick succession, feature a melting pot of Middle Eastern flavors, reflecting the Armenian diaspora of the past couple centuries. The creamy hummus here, stained copper from a secret spice blend, has a bright, piquant kick. Hand-molded kibbe, compact footballs of rough-textured raw beef, are more sparely appointed than most Middle Eastern tartares, with only a touch of cracked wheat in the mix. The ice-cold meat’s so impeccably fresh, though, you’ll need barely a drizzle of the peppery olive oil served on the side in a long-spouted pitcher. Yogurt-drenched manti—thimble-sized meat dumplings seared crispy like pot stickers—are punchy with garlic, each delicate packet folded by hand.

The food here, geared toward a well-heeled clientele, offers a high-class reinterpretation of what’s often gut-busting fare—lighter and more elegant than a grandmother’s take. Cool baby eggplants stuffed with lemony rice are compact like sushi. Seared bastirma slices—Middle Eastern pastrami, essentially—come topped with sunny-side up quail eggs on two-bite crostini. Skewered rounds of soujouk (spicy salami) are flambéed tableside in a shower of arak, until they’re bubbling all over like molten caramel.

Only the flaccid flatbread disappoints—commercially produced, not baked in house. Better to wrap up the meat in torn hunks of subereg, an exceptionally buttery savory pastry layered inside like a croissant. They’re great vehicles, too, for the garlic and sesame sauces served in concentric circles around warm shredded snapper, in a fantastic and funky dish from the Mediterranean coast.

Though there are a few modest entrées—mostly simple kebabs—the small plates in big portions were clearly designed to be the main event. Skip the desiccated “sweet and sour kebab,” a house specialty of blackened ground beef with sour- cherry sauce on the side, and head straight to dessert.

The ossmalieh, an exotic mix of halvah floss and shredded pastry filled with cool custard, is a sweet postcard from the region. While most of the food is just as transporting, in many ways Al Mayass feels as generic as a tourist hotel—with beachy cocktails, a Euro-ballad soundtrack and lighting as bright as a banquet hall’s.

Turning a restaurant into a full-fledged international brand requires a certain amount of corporate streamlining—homogenization to ease replication. Something gets lost with every new branch. This copy’s convincing, but probably not quite like the first one in Beirut.

Drink this: Instead of overwrought cocktails like a cinnamon-scented mojito, try a Lebanese wine from the reasonable list. The refreshing Ksara rosé ($35) is a versatile match for a big meze spread.

Sit here: The bar area, with pouf seating around cocktail tables, is a fine spot for a few evening snacks. The adjacent dining room, though, is much more inviting, with plenty of oversize tables for the big group you’ll want to invite along to a meal here. The smaller tables along the walls have plush banquettes set so low, you might feel like a dwarf.

Conversation piece: The glass sculptures—the colorful curtain on a wall near the host stand, the blue flowers in the middle of the dining room—are all by Armenian artist Sarkis Hamalbashian, whose work adorns every Al Mayass location. 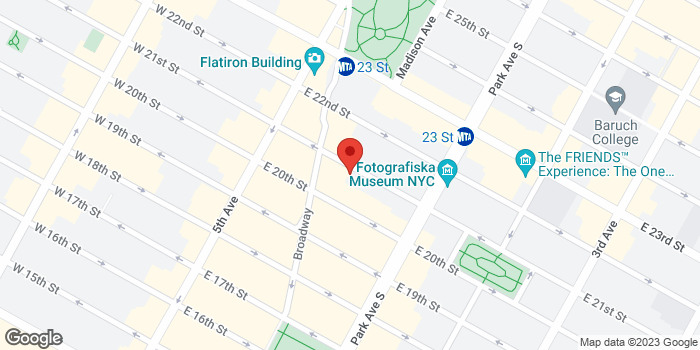