I always found it ironic that one of New York’s best Italian food partnerships—restaurateur Chris Cannon and chef Scott Conant—had relatively few ties to Italy. Now, the successful duo behind L’Impero and Alto no longer has ties to one another, either. The partners broke up, they both say, because Cannon wanted to maintain the fine-dining status quo at the two restaurants, while Conant wanted to shake things up. In replacing his partner with a new chef, the formidable Michael White (Fiamma), on July 1, Cannon has been ended up doing exactly what he had wanted to avoid: overhauling both places.

That makes White, who shuttles daily between the restaurants, a very busy man. At least he doesn’t have to worry about the decor. L’Impero remains unchanged, a formal cloister in the sky, perched on a block in Tudor City, overlooking the U.N. and the East River. The modern yet austere Alto, which feels like a giant wine cellar, faces an imminent makeover: more candles, new linens and other accents to soften the edges.

White’s tactic seems to be divide and conquer: L’Impero sticks exclusively to Southern Italy, while Alto tackles only the North, and never the twain shall meet. There’s no risotto or foie gras at L’Impero, no garlic or pesto at Alto. Given that White spent four months in Southern Italy between his Fiamma stint and the new projects, it’s not surprising that L’Impero is the more polished of the pair. The seafood-heavy menu drifts from baccalà fritters, light as soufflé, to braised halibut, grounded in olive oil. Among the turf offerings, a grilled pancetta, pleasantly fatty and dripping with Sardinian honey, was a deft melding of some of the region’s best raw materials.

When it comes to pastas, most of White’s L’Impero recipes are classic, if unexciting: toothsome, cream-rich gnocchi with curls of salty prosciutto and fresh peas, a boilerplate orecchiette (too soft) with broccoli rabe and sausage (too salty). More impressive were the asparagus-stuffed pansotti (think big ravioli) laid over a mélange of firm chopped shellfish.

White’s pink snapper also stood out for its Mediterranean-style bedding, an al dente succotash of chickpeas, olives, halved cherry tomatoes and cuttlefish strips. The grilled lamb entrée was cooked beautifully, but oversalted—a frequent theme that carried all the way through to the caramelized apricots embedded in a tiramisu-style parfait.

The changes in Alto’s menu, save the wine list (which remains world-class), seem more dramatic. Under Conant, the restaurant was a paean to Italy’s Germanic Alto Adige region, but White defines Alto more broadly, starting at Tuscany and moving northward. Typical options like carpaccio (albeit incorporating Wagyu beef) are now prevalent. While the food is generally good, most dishes fall short of excellence. The chilled asparagus soup, with doses of ricotta and crispy prosciutto, carried a bitter aftertaste and the coarse texture of lawn-mower detritus. A better soup: clear tomato water poured over a burrata-stuffed pasta.

Like the decor, the entrées at Alto are still being finalized. White ably executes some Conant holdovers, like the succulent yet earthy slices of pink-in-the-middle sirloin with jammy eggplant. But White’s addition of a dry rabbit loin rolled around a mushroom and rabbit stuffing proved merely decent.

For the sticker-shock prone, prix-fixe options moderate otherwise steep pricing (the $64 four-course option at L’Impero is a particularly fair deal). Cannon deserves credit for bringing in White, a true professional who is up to the task, rather than trying to coast on the restaurants’ respective reputations. There’s enough brand appeal to keep diners visiting these spots—and White, despite his early flaws, demonstrates enough skill to keep them coming. 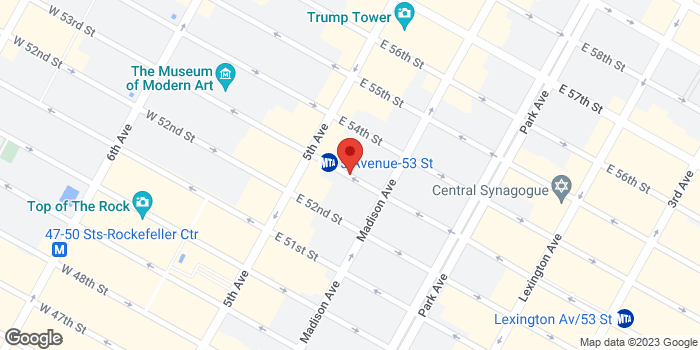