There’s more here than potted meats, of course: specifically, a heavy dose of bistro standards like coq au vin, escargots and blood sausage. But Boulud, a Lyon native, says the memories of the charcuterie-and-wine pairings of his formative years led him to open Bar Boulud, which paradoxically has the modern look of Eero Saarinen’s futuristic TWA terminal at JFK.

Boulud follows through with a magnificent wine program; the highly regarded wine director Daniel Johnnes sources globally for Rhone and Burgundy varietals, though calling this place a “bar” is a major misnomer. The stunning house-made charcuterie, sitting behind glass on a long, attractive counter, serves as eye candy for the chattering diners who get to sit, eat and sip wine. The whimsical, doughnut-shaped tasting table (the sommelier pours from the middle) is another draw for the brand of customer who prefers the communal experience to the white-tablecloth one.

But once those spots fill up, walk-ins or those merely wanting a glass of wine (a large number, given the restaurant’s high-decibel buzz and location across from Lincoln Center) are relegated to two tiny, chairless tables, an absurd configuration, especially given the obvious thought that went into the restaurant’s more successful elements.

For those with a reservation or the persistence to wait, the terrines and pâtés—eight to choose from, conceived by French specialist Gilles Verot and prepared by an in-house charcutier, Sylvain Gasdon—arrive quickly (a $46 platter delivers them all). Among them, there’s the exceptional: a lamb concoction laced with Moroccan spices; a coarse foie gras pâté elevated with port and truffle jus. There’s the unusual: a granular beef cheek and pistachio blend with a heavy pepper flavor; a loose yet meaty rabbit terrine. There’s also the better-than-expected: a mild headcheese that evaporates on the tongue, and a fine chicken liver enriched with pork and cognac.

A Boulud lieutenant, Damian Sansonetti, handles the rest of the menu, a list of French greatest hits that is striking for how unstriking it is. Straightforward bistro fare can be a work of art, though, and Sansonetti’s steak frites might be the best in the city. Served medium-rare with a ribbon of fat gracing an exceptionally lean strip, the steak, like a 20-year-old wine, carried flavor in waves: first pepper, then beef, followed by a long, eggy finish I attribute to the inch-thick gristle.

When I ventured further afield, I was disappointed. A grouper “fish-and-chips” was prepared beignet-style—cute in concept, but the cake-like dough overwhelmed the mild seafood. The coq au vin offered splintering, dry meat and an overly reduced, dare I say burnt, sauce.

The largely traditional desserts, including rustic tarts and wedge-shaped éclairs, fell short as well. I enjoyed the dense custard tart, accompanied by gold-leaf-anointed brandied cherries, but a dish of poached grapefruit slices with grapefruit sorbet was no better than a palate cleanser. The pastry cream in a Meyer lemon éclair—all but indistinguishable in flavor and texture from whipped butter—was utterly unpalatable.

Though the prices here are reasonable by Boulud standards, heavy wine sampling can add up: Glasses are only poured half-full, so winners like an $11 glass of Kingston syrah from Chile, or $15 Capiaux pinot noir from Sonoma, aren’t the bargain they might seem. And that’s only if you can find someone to pour. The service is shockingly erratic, a team-based system that can leave diners marooned for a half hour at a time. Much of Bar Boulud stands in contrast to the rest of the Daniel empire. What doesn’t are the flashes of dining excellence, which could prove enough, provided that there are, for every 100 or so mac-and-cheese lovers, at least one person out there who digs terrines. 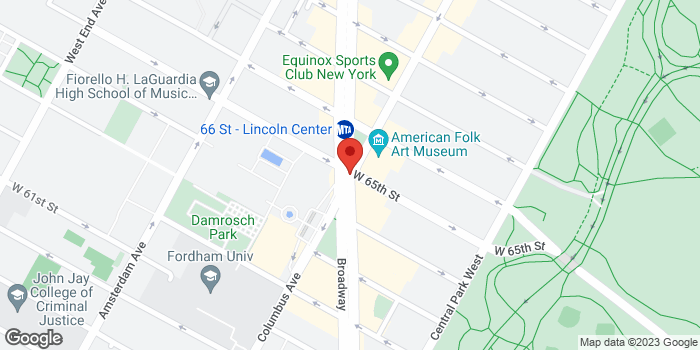