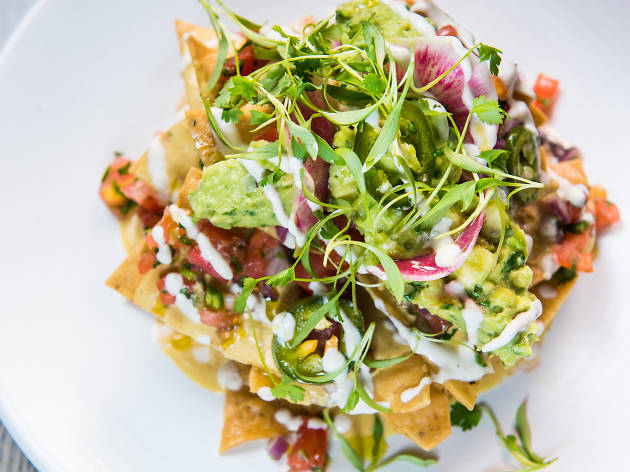 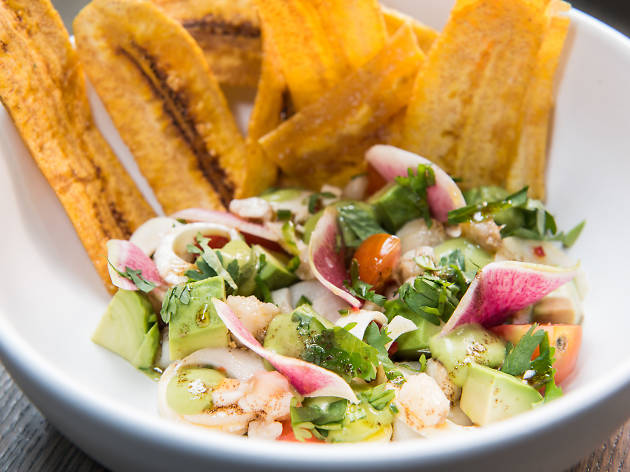 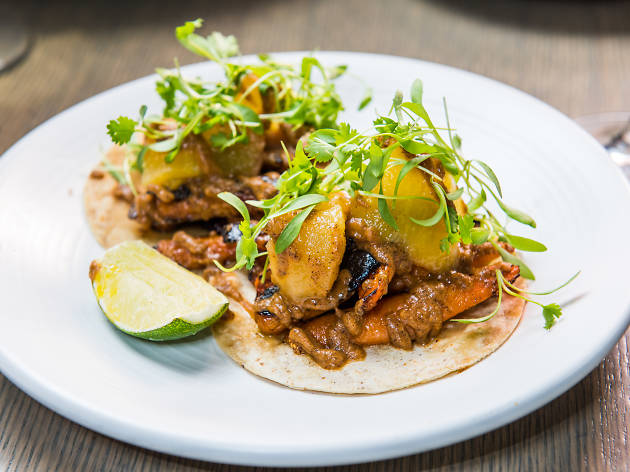 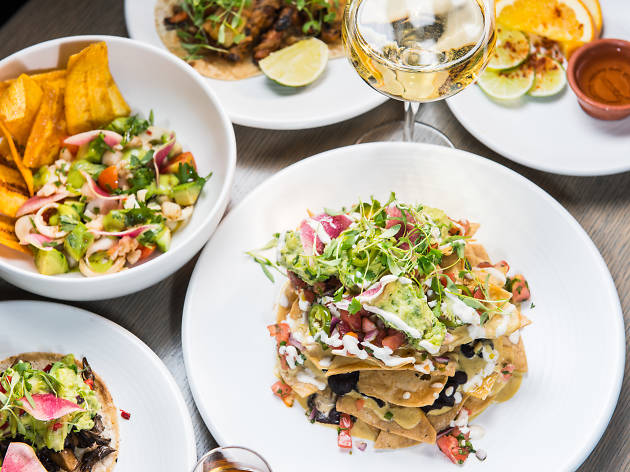 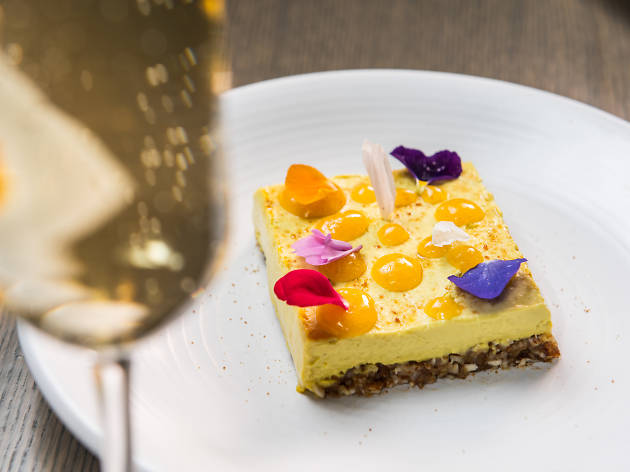 While we celebrate veganism’s evolution and range, it’s strange that many vegans’ way of saying their food tastes good is to assert how much it tastes like the “real thing” instead of doubling down on its veganness. No other palate is so focused on what it’s not. Who could imagine defending pizza by saying, “You can’t even taste how Italian it is”?

Matthew Kenney—the self-titled “world’s leading plant-based chef” who is “crafting the future of food”—had his work cut out for him, then, when he debuted Bar Verde as not just vegan but Mexican vegan. The dude is a white guy from Connecticut and Maine, but hey, who—meat-eating or not—doesn’t love Mexican food? Besides, veganism has evolved into a movement with chic, high-profile members, including NBA players (like the Celtics’ Kyrie Irving) and singer Zayn Malik (who has a vegan “eco-leather” line with Versace). Yet has vegan cuisine caught up with its 21st century cultural sophistication?

The answer here is a hard maybe. Verde’s menu finds the vocation in equivocation, swinging wildly between dialed-up brio and phoned-in blah. Bummer: The nacho tortilla chips might be cardboard. Bonus: They’re sturdy enough to carry heaps of delicious toppings, including a butternut queso we mopped up eagerly, nearly wiping our plate clean. The heart of palm ceviche, with its plump choclo and lush leche de tigre, is an inspired adaptation. How does the same kitchen also produce a bowl of pozole verde that quickly devolves—after an Instagram-worthy presentation—into the sludge found on Dagobah, Star Wars’s swamp planet? Shredded maitake mushroom tacos with dense, buttery spiced guacamole are dazzlers. But so many other tacos fizzle: The tempura avocado drowns in lime crema, the spicy cauliflower delivers only on the cauliflower, and the carrot tacos are nudged above boring only by the ineffable charisma of smoked pineapple (which could’ve made any of the other tacos better). The mango cheesecake is delicious, but unfortunately, it sits atop a crust that tastes like someone spilled salt onto stale Kind bars. Paired with sumptuous chocolate sauce, the churros themselves ask, “¿Alguien en la cocina ha comido esto antes?” (“Has anyone in the kitchen eaten this before?”)

Kenney, who was nominated for a James Beard Award in 1994 and in 1995, seems driven more by his own promotional programming and pomp than by his customers’ palates or thoughtful pride in veganism. Verde turns over so many new leaves that a visit starts to seem like three-card monte. Win some, lose some.