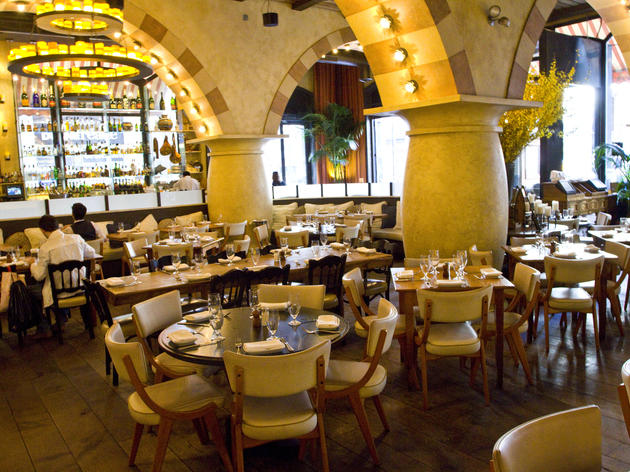 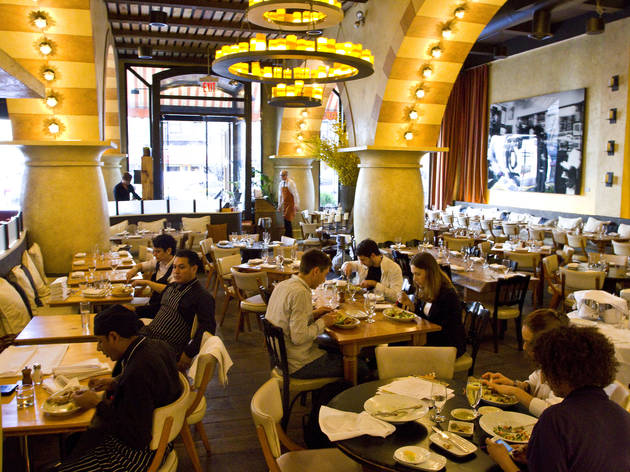 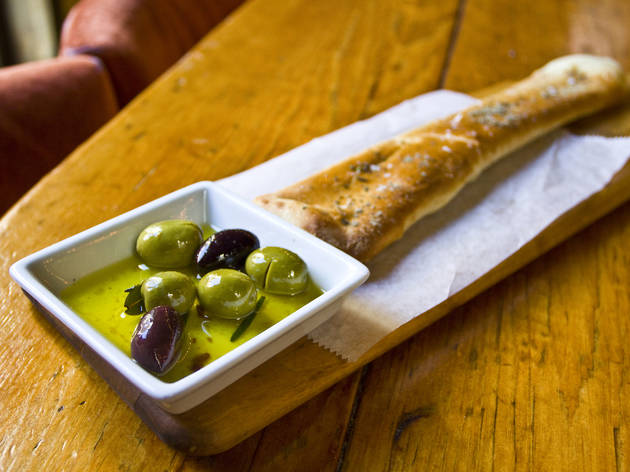 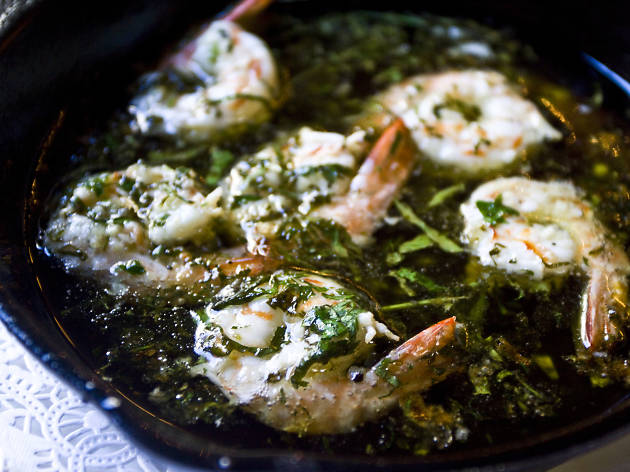 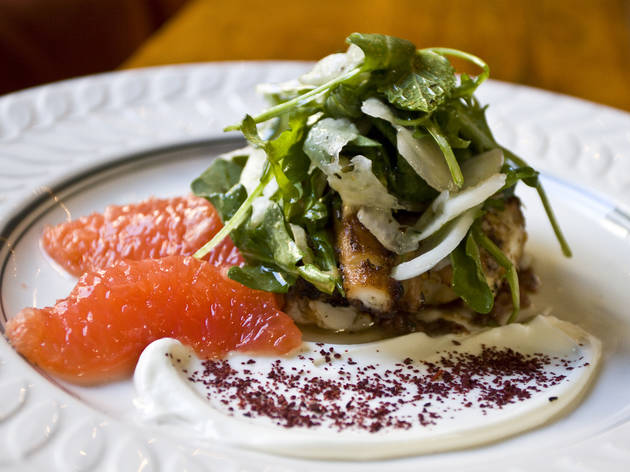 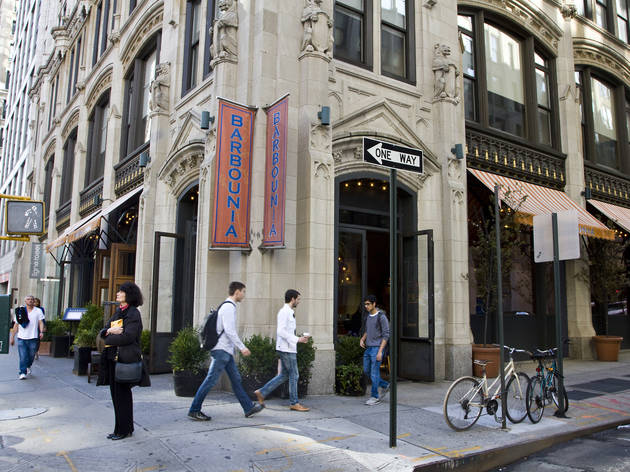 Like a perfect sitcom plot, however, everything worked out fine. Chef Michael Cressotti, formerly of Sushi Samba, took over the kitchen. And the space turned out to be superfabulous in a supercomfortable way: Pillows stacked three deep line the banquettes; a human soap dispenser (a bathroom attendant) and sparkling azure tiles glam up the unisex bathroom area; and a feathers-and-glitter chandelier lords over a series of arches and columns.

The menu leans heavily on Greek and Turkish cuisine—it's more Aegean than Mediterranean, if you must pick a sea—with lots of upscale takes on souvlaki, kebabs and the like. Order the namesake Barbounia (Greek-speak for red mullet), and you get a crisp-skinned tiny appetizer that evidences a hint of licorice flavor, thanks to the sparing use of chervil—it's quickly pleasant in an amuse-bouche kind of way. The most compelling Greek starter, saganaki, combined still-sizzling hot kasseri cheese (in a cast-iron skillet) with small slices of cherry-and-walnut bread and a truffle-scented fig marmalade. Hot and cold, savory and sweet, chewy and doughy: The juxtapositions work on all levels.

True to the region, there's lots of wood-fired grilling of both fish and meats, and Cressotti gets a nice, thick, smoky char onto his perfectly cooked lamb chops. More interesting are the composed entrées: pan-seared veal medallions with mascarpone polenta, for example, or roasted chicken with saffron orzo. The rabbit braciola is prepared in two ways: On one side of the plate is a roasted loin wrapped in serrano ham; and on the other, leg meat and cinnamon stuffed into a phyllo cigar—a sweet, gamey combination that reminded me of a delicious, easy-to-eat Moroccan pastilla.

Cressotti scores more points for his derivative desserts than for his originals. The "Turkish delight" wasn't an inspired take on jellied candy as I imagined, but rather a sweet interpretation of three Turkish flavors—candied apricots, spice cake and a terrific, dark, pungent coffee custard. A less ambitious dessert, the caramelized banana tart, places bananas over a chocolate cookie and adds sour-cream ice cream; it's delicious, though I'm not sure anyone on either side of the Aegean would recognize it.

While the thinking here is consistently big, the portions can be skimpy. The four unadorned $31 lamb chops, for example, were small, and side dishes cost an extra $6. Then again, no one at Studio 54 ever complained about the size of the drinks (Barbounia's impressively original cocktail list is full of muddled fresh-fruit concoctions, including one that makes excellent use of ouzo). Replacing a legend like Patria isn't easy, but no ones cares about illustrious predecessors when they're having this good a time.