New York may be a melting pot, but the populations of Marseille and Nice are also intriguing cultural patchworks. The new French cuisine in those cities features influences imported across porous borders with Spain and Italy and from the former Maghrebi colonies farther south.

Superchef Daniel Boulud combines the foods of those regions and many more at his most international restaurant, the new Boulud Sud on the Upper West Side. With his executive chef, Aaron Chambers (Café Boulud), he casts a wide Mediterranean net—looking to Israel and Egypt, Turkey and Greece. But the restaurant’s cooking also plays to his strengths; it’s polished and elegant, and still fundamentally French.

The decor in the dining room betrays Boulud’s loyalty to his homeland: One sunflower-hued wall is hung with Impressionist knockoffs—of Cézanne’s Mont Sainte-Victoire, among other idyllic tableaux. But the framed fakes are not at all what they seem: They’ve been rendered in digital pigments by art star Vik Muniz.

There are enough shareable snacks at the top of the long bill of fare for a full tapas meal—a great choice for the budget-minded (entrées start at $25). Among those pass-around plates are shelled mussels in a fresh-off-the-vine tomato ragù with harissa for fire and tiny croutons for crunch. Delicate Roman-style fried baby artichokes sit with lemony drifts of house-made aioli. Braised duck comes wrapped in cylinders of crisp shredded phyllo, a couple of bites each, fragrant with cumin and cloves.

Italian influence has made pasta a mainstay of Southern French fare, and so there’s a starter of beautiful buttery saffron linguine, tossed with gently steamed razor clams, briny bottarga and crisp sourdough bread crumbs. And Northern African influence is as ubiquitous on the French side of the Channel these days as curry is in London. To that end there are fragrant bowls of Morocco’s harira lamb soup, the spicy broth dense with French lentils and tender lamb meatballs.

A white tagine dome arrives from the kitchen, unleashing more exotic aromas—of saffron, ginger, turmeric and cinnamon. The ample entrée beneath is both French and Moroccan—sweet-spicy jus, tournéed turnips and haute cuisine chicken (not falling off the bone, but cooked just to its succulent peak). The dried chilies and za’atar encrusted on cod are from the Eastern Mediterranean, but the flaky fish has Gallic finesse, and so do the tiny potatoes and minuscule mussels in a stew underneath. There are more traditional Côte d’Azur flavors here too—in the piment d’espelette, tomatoes and fennel stuffed between smoky fillets of meaty rouget—but few other dishes play it as straight.

Desserts, by Tunisian-born Ghaya Oliveira, take the exotic mix to even loftier heights. Her grapefruit givré, the frozen fruit shell stuffed with grapefruit sorbet, sesame mousse and rose-scented nuggets of Turkish delight, would make the cut across town at Boulud’s fine-dining flagship, Daniel. So, for that matter, would her pistachio moelleux, evanescent cakes with fresh fraises des boies and calissons (the almond-paste candies of Aix-en-Provence) in tiny cube and ice-cream form.

These audacious sweets make the savory food here seem comparably safe—special-occasion desserts following everyday fare. Still, both offer a fine introduction to the new polyglot mix along the French Mediterranean, and to the globalized shift in Gallic cuisine overall. And, even as Boulud’s empire grows—with this latest addition and the new haute Épicerie right next door—so does his stature as the éminence grise of French food in New York.

Drink this: The wine list covers as much Mediterranean ground as the rest of the menu, with reasonable by-the-glass choices from Provence (a crisp Les Agaves rosé, $10) to Lebanon (a melony Château Musar white, $13). There are fine cocktails too, like the sweet and bitter Perfect Date ($14) featuring Maker’s Mark and red and white vermouths.

Sit here: The best tables in the restaurant are in the middle of the vast open room, where no one gets stuck staring at walls. There’s also an inviting wraparound bar where small plates can be picked at for a light, casual meal.

Conversation piece: Daniel Boulud began his career in Southern France, working as a young man for legendary chef Roger Vergé at Moulin de Mougins in the hills west of Cannes. 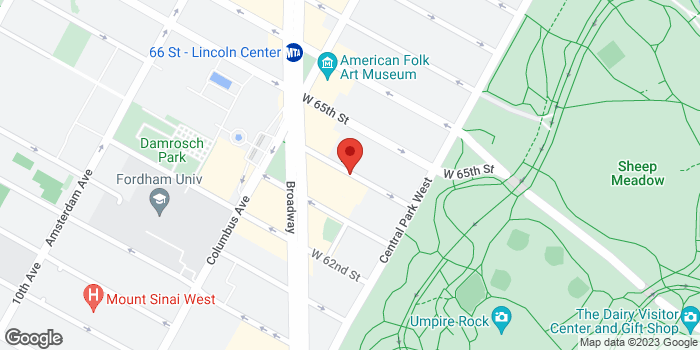