Consider Donald Trump’s signature comb-over, or Leona Helmsley’s choice of a canine heir, or even mogul haunt Nello on the Upper East Side, where $29 buys a plain bowl of pasta with tomato and basil. There’s no correlation, clearly, between wealth and good taste.

Exhibit D: Brasserie Pushkin. This hot mess in midtown, an offshoot of Moscow’s buzziest nouveau riche Russian restaurant, entices flush passersby with sweet baubles in its showcase windows, displays of fancy French pastries and Ladurée-style towers of pastel macarons. Inside, off-duty models deliver their best Blue Steel at the host stand. Off in the corners, on velvet banquettes, more lithe young women dine with much older men who aren’t their daddies.

This oligarch theme park, with Italianate cherubs on the ceiling and gold brick walls in the bathrooms (bricks painted gold, but still), serves caviar starters and gold-leafed desserts on big silver trays. And you may get a perch for your purse along with a scowl from the gruff Russian waiter.

The excess and attitude—hardly new to New York—might not be quite so offensive if so much of the food here weren’t such an extravagant joke. The new czars of modern Russia may live like kings, but at New York’s Pushkin at least, they’re not dining like Romanovs. The restaurant mostly serves overpriced peasant food gussied up to look like something else, wan institutional fare that’s no match for true babushka home cooking.

At Pushkin, you’ll pay $16 for sweet sallow borscht floating chewy cubes of fatty beef and undercooked shreds of beet. The mixed meat pelmeni—golf-ball dumplings filled with ground beef, pork and lamb—arrive under a white porcelain dome, but are as dense and spongy as fast-food McNuggets. A cold sturgeon galantine features mealy flesh under thick, vaguely necrotic skin beside the mayo-filled shell of a cherry tomato—a wedding-banquet garnish fit for the Grand Prospect Hall.

There are a few promising tastes on this train-wreck menu, designed by a Russian—Andrey Makhov of Moscow’s Café Pushkin—but executed here by American Jawn Chasteen, formerly of the Sea Grill in Rockefeller Center. The mixed pickles are crisp and zingy, the savory blintzes (filled with shredded veal) rich and buttery, the kasha and fried-onion side perfectly homey. And that’s about it.

Try to imagine what a tony post-Soviet nursing home might serve its well-heeled residents, and you’ll get an idea of what the rest of it tastes like. Mondays might be meatloaf night. At the restaurant, they charge $34 for a sort of chicken-fried meatloaf called a Pojarski—a mix of ground veal and chicken under a thick pastry crust. The gnarly beef Stroganoff, meanwhile, tastes like strips of cheap frozen steak tossed with canned mushroom soup. Whole slippery sterlet (a type of sturgeon), surrounded by piped mashed potatoes drenched in bland crawfish cream, arrives skinned on the plate attached to its prickly spine (beware, it’s definitely not edible—the fish barely is either). Even a simple thick veal chop is petty-larcenous: At $44, it has the texture of a waterlogged Dostoyevsky paperback and is caked in a gummy herb crust.

Desserts, from “world champion executive pastry chef” Emmanuel Ryon, as he’s described on the menu, don’t quite live up to their star billing. The presentations, though, are as splashy as a Brighton Beach dinner show. Order the Medovichok—like a frozen tiramisu—for the spectacle. This grand finale, flash-chilled in the dining room in a smoky cloud of dry ice, may be the only dish here that tastes almost as good as it looks.

If this is how the 1 percent of the 1 percent likes to eat—all surface bling, no substance beneath it—then the rest of us clearly are not missing out. Those colorful macarons in the window? It turns out they taste like perfumed hand soap.—Jay Cheshes

Drink this: The cocktails are overpriced but tasty enough. Try the Salty Russian—basically a Greyhound with a touch of salt—or the sweeter Petrushka, mixing vodka, fresh ginger and apple juice (both $15). The house-infused vodkas—steeped with pine nuts or horseradish—are better ($30 for a small carafe).

Sit here: There’s a definite Siberia at this tri-level restaurant. Insist on a prime spot on the ground floor, ideally with a view out toward the front door. If you must sit upstairs, request a table looking down from the balcony.

Conversation piece: Brasserie Pushkin and its Moscow sibling are both part of the Maison Dellos luxury group, run by oligarch Andrey Dellos, who operates some of the most opulent restaurants in Russia, along with a candy company, jewelry boutiques and hair salons. 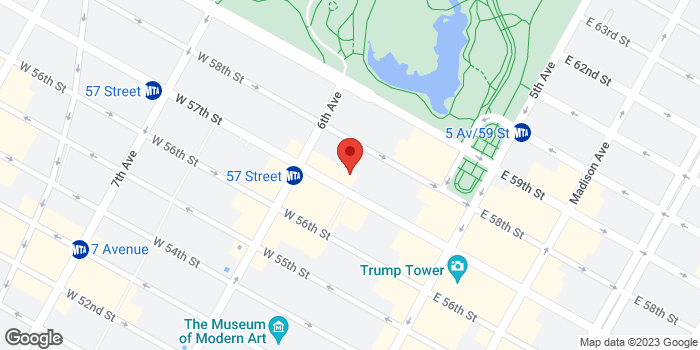