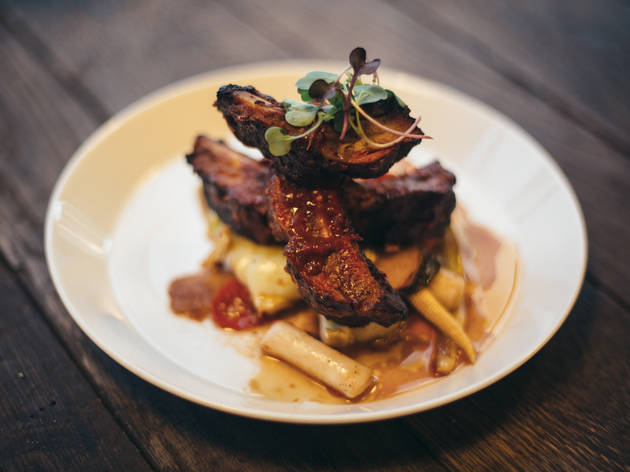 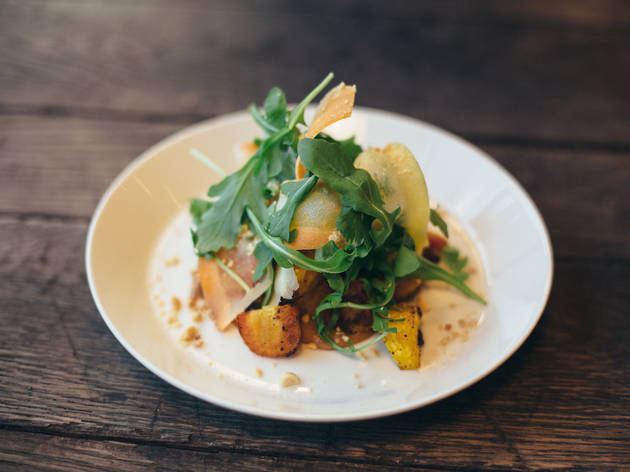 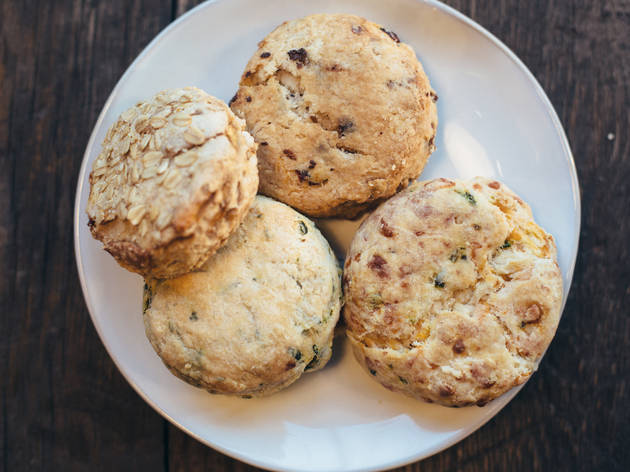 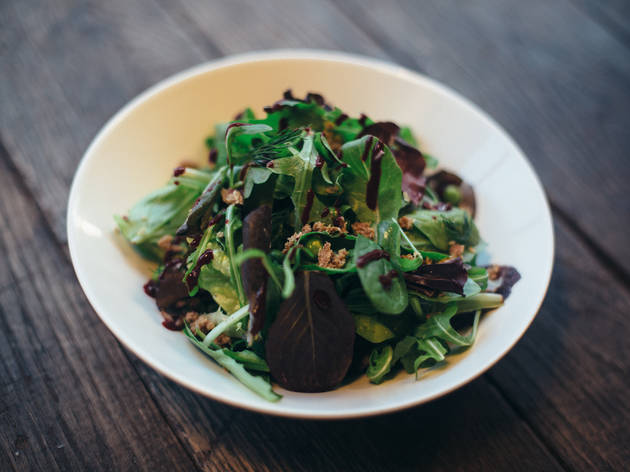 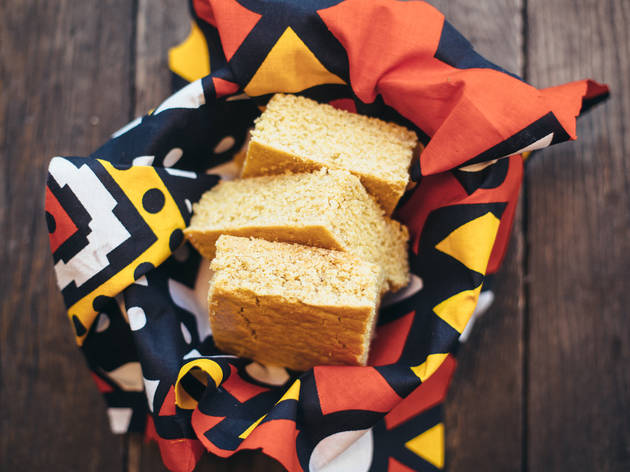 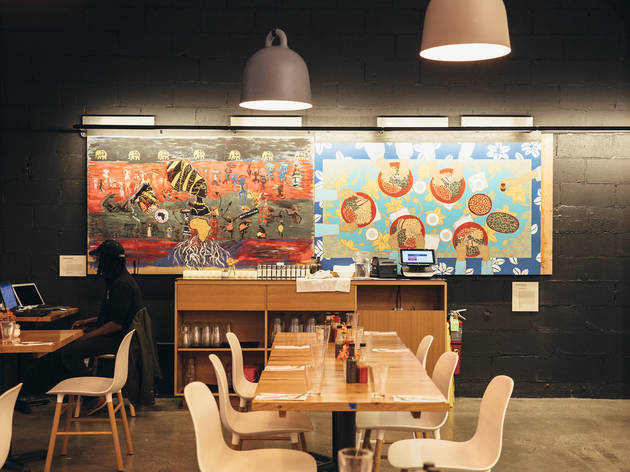 “Why’s it kale and not collards or okra?” my dining companion asked as he held a kale biscuit in his hand with abject curiosity. He took a cautious nibble and was so taken aback that the fronds of his fernlike curly flattop bobbed backward. “Wow,” he said. “That’s why.”

Many questions were asked when Brownsville Community Culinary Center opened in June as the neighborhood’s first sit-down, table-service restaurant in roughly 50 years. Among the loudest, loosest and most reactionary question was “Is Brownsville gentrifying?” (A New York Times doth-protest-too-much story anointing it an “anti-gentrification restaurant” didn’t help.) The menu—billed as “African diaspora”—is framed by the kind of stylized pan-African pictograms that “feel like the intro to A Different World,” my companion joked. However, its frøsnappers (Danish pastries) reveal the inimitable fingerprints of BCCC’s co-founder, Claus Meyer, a legendary co-founder of Copenhagen’s Noma (long seen as the best restaurant in the world) and local, Michelin-starred Agern fame. The mission here—to provide paid culinary training to local 18- to 34-year-olds—is undeniably good. The food is virtuous, but is it tasty?

The pone, a pumpkin-cassava-coconut cake with plump raisins, is an ideal blur of sponge and bread, maintaining lightness despite being packed with flavor. The green salad’s garden peas and blackberry dressing add bright, bouncy bursts and the three-color carrot salad’s peanut dressing magically accomplishes both pulpiness and sauciness. The corn bread is easily in the running for best in the city, slanting sweet with the muscly swagger of savory styles. House-made hot sauce pairs well with just about everything (especially the green poseja option). Our favorite was the Caribbean fish soup with shrimp thrown in for good measure along with the swai. It boasts a hearty, tangy broth—the splash of tomato is a welcome surprise—that is strong enough to banish sniffles, heartache and all manner of malady. "Food is medicine," reads a painting hung inside by a local artist. At BCCC, the doctor will see you now. We weren’t sure what five-spice Chinese pork ribs have to do with the African diaspora or Denmark, but when the meat readily falls off the bone and is packed with such smoky bluster, there comes a time to stop asking questions.

The menu peaks at $12, and prices are half-off for people using food stamps. Two of us ate starters, salads, entrées, desserts, coffees and juices for a combined total of $63. We triple-checked the receipt to make sure nothing had been forgotten. But BCCC does not do forgetful. Here was a recipe for cultural misappropriation that, under Meyer’s watch, has delivered power and promise. It is relatable, affordable, and tasty as hell. Kale biscuits came to Brownsville for Brownsville, on the neighborhood’s own terms.