At many of the city’s cash cow restaurants—enterprises like Buddakan, Cipriani and Tao—it’s the scene that’s the draw, not the chef. Casa Lever, the hot spot that recently sprung up in the void Lever House left last spring, is cut from the same cloth as those brand-name behemoths. The latest outpost of the Sant Ambroeus chainlet—like its siblings in the West Village, Southampton and the Upper East Side—is about much more than the kitchen. Similar to its predecessors, it’s the physical manifestation of a lifestyle—a jet-set spin on Italian caf culture embodied by the dapper pair who run the place, Gherardo Guarducci and Dimitri Pauli.

Their new restaurant is an awfully strange fit for the space, filling designer Marc Newson’s hermetic honeycomb with the incongruity of a trattoria opening in the Guggenheim. Designer William Georgis has injected color and clutter into the formerly spare monochrome dining room, adding striped red carpets, Venini glass chandeliers and wine-bottle-filled shelves over the prime alcove booths. The sloping white walls, which call to mind the JFK Airport monorail, now showcase an impressive collection of Warhols, 19 brightly hued portraits of iconic entertainers owned by the Lever House office tower, which houses the restaurant. The combined effect tones down the minimalist drama.

Sant Ambroeus’s status-conscious loyalists, a mix of old-money Euros and new-money celebrities, have been quick to embrace the midtown spin-off. Recent visits found the dining room nearly as buzzy with A-listers (Frdric Fekkai!) as Lever House was back when it was power-meal central.

The menu—prix fixe at lunch (two courses for $37) and la carte in the evening—features the same sorts of Italian standards offered at the restaurant’s sister locales. Mario Danieli, a longtime Sant Ambroeus chef who gets no billing on the menu or website, seems to have brought his A-game to the venture. His presentations are more exacting than elsewhere in the group. Petite slivers of sashimi-grade mackerel are attractively accompanied by smoked salt and lemon puree. Vitello tonnato, which featured lifeless gray veal the last time I ordered it at the West Village Sant Ambroeus, is tender and pink here, folded like petals around a raft of whipped tuna mayo. Pristine wild salmon is just as elegant in a delicate carpaccio, topped with a salad of shaved mushrooms and raw brussels sprouts.

The restaurant is the direct descendant of an old-country landmark—the original Sant Ambroeus, which opened in Milan in 1936 (the Pauli family purchased it in 1972). Though the waiters, dispassionate Italians in red shirts and bow ties, add as much to the illusion that you’ve escaped to Italy as the glass case stocked with panini that tops the bar at midday, authenticity has its limits. The oversize portions are at odds with the Italian roots, with heaping bowls of pasta that seem conceived as entres instead of traditional primi.

Despite some promising starts, inconsistency plagues too much of the food. One pasta dish—undercooked rigatoni, copiously sauced in a too-sweet amatriciana with bland smoked tuna swapped in for pancetta—is a near washout, while a classic risotto—rich and golden with saffron—might’ve been close to perfection if the chef hadn’t neglected to add salt. A breaded milanese veal cutlet is tender, flavorful and as big as a plate—but brussels sprouts in an la carte side arrived bitter and burnt.

Only desserts deliver reliable thrills. Sant Ambroeus, which doubles as a caf and pasticceria, has long served some of the finest Italian confections in town. Casa Lever keeps the tradition alive with a striated limone cake layering white chocolate mousse, lemon curd and raspberry gele, and a sort of upmarket Kit Kat with gianduia mousse and a praline crunch under a whisper-thin chocolate shell. While the food at Casa Lever falters, the habitus of this new midtown fishbowl demonstrate that the loyalty the chainlet inspires is quite possibly its most compelling feature.

Drink this: Kick off with the Casa Lever aperitivo, a bitter cocktail with Galliano and vermouth ($10). The selection of Italian wines is surprisingly affordable, with many fine reds and whites around $13 a glass (try Sant Ambroeus’s own Quinis Rosso cuve, a lush blend of merlot and sangiovese).

Sit here: The bar at the front of the restaurant doubles as a caf for pop-in espressos, sandwiches and snacks. The once-private space at the back of the dining room—opened up with a new staircase—offers the best vantage point over the crowd.

Conversation piece: The Pauli family has long operated a wholesale bakery and gelato producer in Long Island City that provides the baked goods and frozen sweets to all of their restaurants. 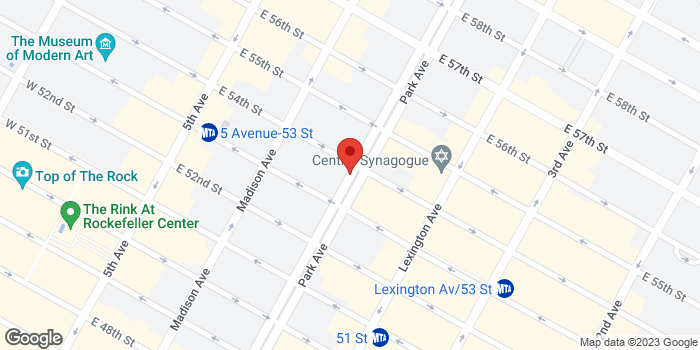