Anytime a restaurant loses a chef, it’s cause for reevaluation. The stakes are raised considerably when that chef is Tom Valenti—a man who helped elevate the Upper West Side’s dining scene with Ouest back in 2001 and then secured a loyal following with ’Cesca in 2003. Valenti seems to be professionally divorcing his business partner; Godfrey Polistina keeps ’Cesca, while Valenti will get Ouest.

New chef Kevin Garcia arrived in April but didn’t unveil his own menu until July. On paper, Garcia seems like a natural replacement: He was chef de cuisine at both Mario Batali’s Del Posto and Jean-Georges Vongerichten’s Prime in Las Vegas, and he’s logged time at Batali’s Lupa. So how to explain the bizarre fritto misto, which looked like debris from a fiery car accident? The various components—light on seafood, heavy on vegetables and citrus slices, bitter peels and all—were fused together and tasted like salted plastic with a few flecks of parsley. I always thought that deep-frying, however inelegant, could make anything taste good. I stand corrected.

Could it be that Garcia is a meat maven? No such luck. The new menu has a selection of grilled fish and meat, much as Valenti’s did, but simple dishes arrived botched. There’s a fine line between charred and burnt, and Garcia crossed it in my order of grilled lamb chops. They were on the thin side to begin with, and each bite tasted of ash—something I appreciated only because this diverted attention from the excess of fat and gristle. Also burnt: the fried bread designed to soak up the soprassata-accented, watery tomato sauce that came with the large serving of wood-roasted littlenecks. I appreciate rusticity as much as anyone, but I can’t imagine that any regional take on Italian cuisine advocates this much carbon.

Garcia shows less fondness for game meats than Valenti did, but he sure does like duck. The meat filling and the spinach wrapper of his overstuffed duck ravioli were bland, but I enjoyed the brown butter-and-sage sauce, which reminded me of a thick, sweet mole. In his secondi, Garcia favors warm, hearty fare: Eggplant caponata lies over tuna, spicy tomato sauce douses market fish, and roasted potatoes and green beans accompany a slow-roasted half duck (pictured)—a dish that had the pleasant pulled-pork consistency and smoky flavor of Southern barbecue.

’Cesca’s dessert list has always clung to tradition (think upscale cannoli and panna cotta), and Garcia, who oversees sweets too, plays with texture: His bread pudding had a great crusty consistency, and he jazzed up the chocolate cake with chocolate shavings and chopped cocoa beans.

The 400-bottle moderately-priced wine program remains a strong suit, and it’s easier to navigate than most Italian-heavy lists: Each region has its own section, oenophiles can order tasting flights and there’s a catchall grouping for wines from especially small appellations, whimsically dubbed “other fun stuff.”

Oddly, service seems to have gotten worse: One waiter mixed elements of two different dishes in his verbal explanation and another pleaded ignorance when I inquired about a dish, because he had only been working at ’Cesca for three weeks. At these prices—$28 for an entre—that excuse just doesn’t fly.

Only the room remains the same: Deep-brown velvet covers the chairs and barstools; two open kitchens offer a glimpse of the action; and the crowd is still a mix of celebrities, media magnates and wealthy Upper West Siders. My guess is that no matter how severe the culinary changes are—new chef, new dishes, a not-so-hot review—diners will return in droves, because, after all, this is ’Cesca. 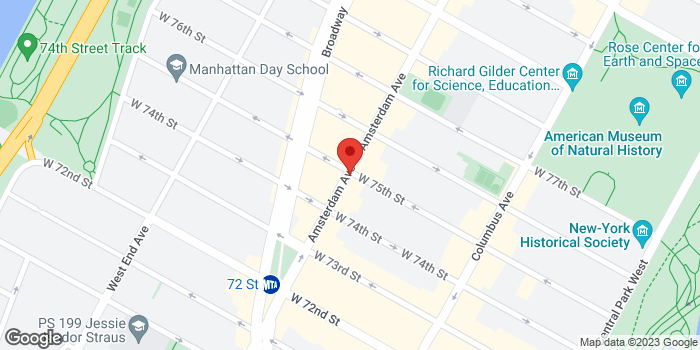