Lately, top New York chefs, in response to the city’s new desire for comfort food, have begun tinkering with fast-food classics, putting their authorial stamp on burgers, fried chicken, doughnuts and grilled cheese. Is it possible that Co., New York’s first new marquee pizza joint to open since Franny’s made its Brooklyn debut in 2004, will kick off an haute pizza craze? Judging from the mobs clamoring for a table since opening night, it certainly seems like it might.

The project marks the restaurant debut of cult baker Jim Lahey, whose Sullivan Street Bakery supplies many of the city’s top high-end restaurants, including those run by Jean-Georges Vongerichten, who bankrolled this new place. The unassuming north Chelsea pizzeria—a contemporary no-frills space with many of the diners squeezed around long communal tables, on utilitarian wooden chairs—lives and dies by Lahey’s famous no-knead pizza dough. It produces an exceptional firm-chewy crust blistered crisp and fast in a searing 900-degree oven.

Lahey’s crust is so good, in fact, it needs no toppings. And you won’t get any when you order Co.’s Pizza Bianca, the restaurant’s version of his bakery’s acclaimed sea-salt-and-rosemary-dusted focaccia. While starting a meal of pizza with a pizza appetizer might seem a little deranged, at Co. the Bianca with a side of salumi (like the thin-sliced California soprassata) is the best way to begin.

Although there are a handful of classic pizzas on offer—the Margherita with bright tomato, basil leaves and scant mozzarella is a bit of a snooze; more interesting is the balanced Boscaiola with mushroom, sausage and a hot chili kick—Lahey takes inspiration for the most compelling of his individually sized pies from nontraditional sources. The Flamb, with sweet mellow onions, Gruyre, bchamel and chewy lardons, is a rich and creamy homage to Vongerichten’s home region, Alsace. Even better is his ham-and-cheese pie, essentially a croque-monsieur in pizza form. The cheesy, tomatoless crust is topped with translucent slices of La Quercia prosciutto, just after it emerges bubbling hot from the oven. The Popeye, three cheeses under a blitz of fresh spinach, is his most eye-catching creation, the foliage (singed black on the edges) offering a fine earthy counterpoint to the gooey layer beneath.

Service, by a casting call of out-of-work actors, is casual to a fault. During the madness that is prime dinner rush, dishes trickled out in no discernable order. Just like any old-fashioned New York pizza joint, a pie and a beer or a well-priced glass of wine (there’s Blue Moon and Hennepin on tap and nearly two dozen wines by the glass) are the only real draws at Co. The rest of the menu is so low-key, it’s as if the chef were afraid to risk upstaging the pizzas. There are muted salads (underdressed escarole with rationed anchovies); one-note bruschetta (topped with a decent-enough mix of warm white beans and bacon, for example); a humdrum peasant kale, bean and bread soup; and the usual roster of cured meats and cheeses.

Meanwhile, a better-than-average warm chocolate cake and an oversize chocolate chip cookie served with a Dixie cup full of milk seem even more like afterthoughts than the starters do. I’ll come back for pizza—intriguing new pies debut all the time—but probably not for dessert.

Eat this: Pizza Bianca and ham-and-cheese, Flamb and Popeye pies

Sit here: To avoid the cramped communal seating, come with a group and stake out one of the big round tables near the picture windows.

Conversation piece: Jim Lahey, the eccentric (and chatty) shiny-topped baker seen prowling the dining room at Co., trained as a sculptor before discovering his true doughy calling while living in Tuscany. After splitting with a partner, he moved his original Sullivan Street Bakery, opened in 1994, to its current midtown location. 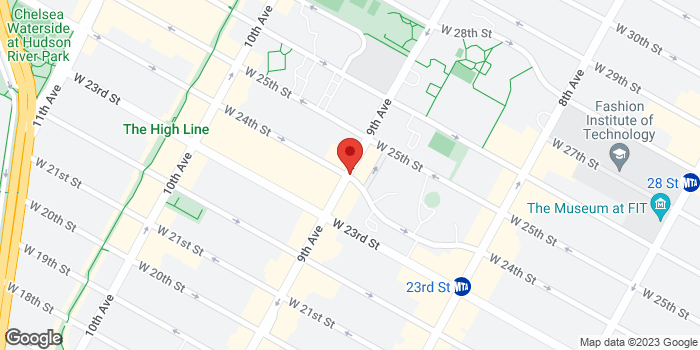