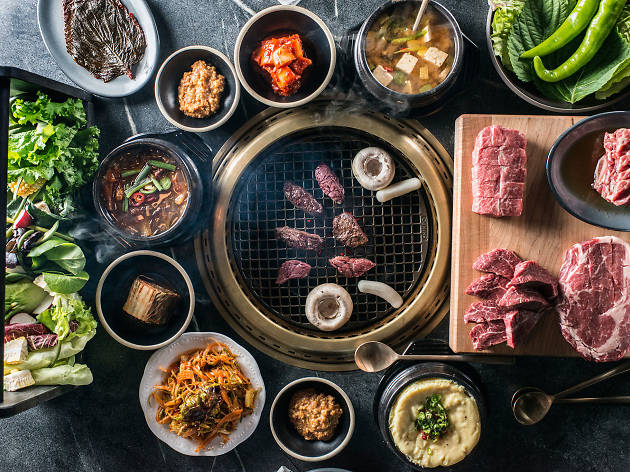 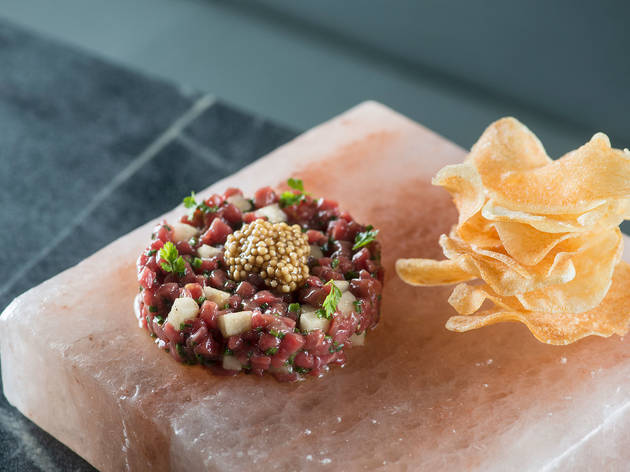 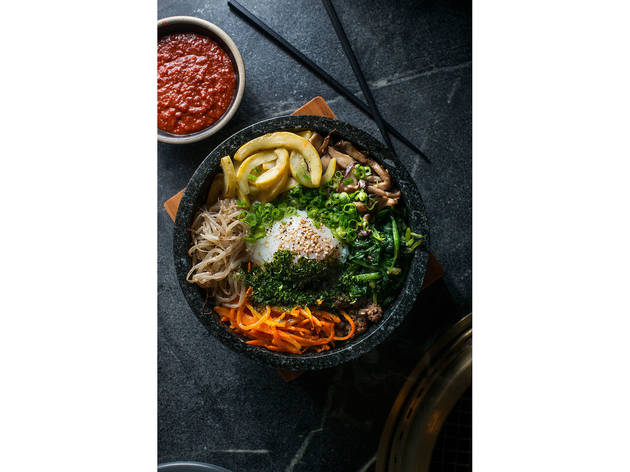 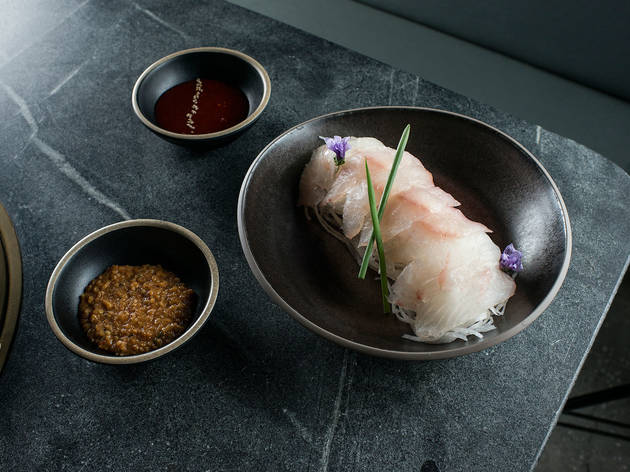 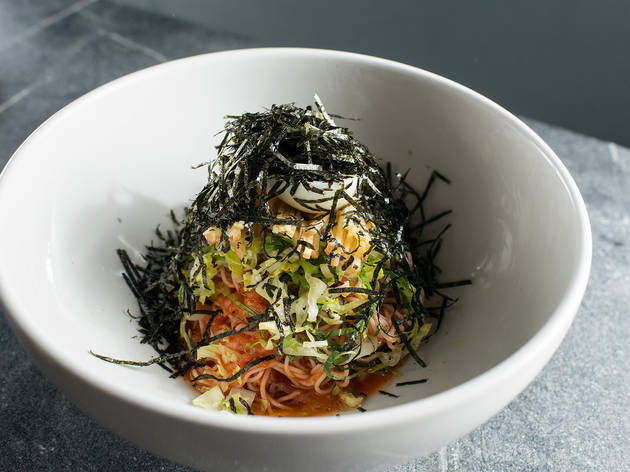 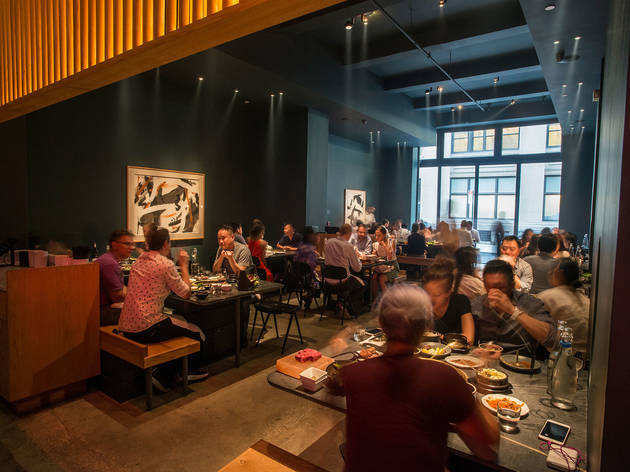 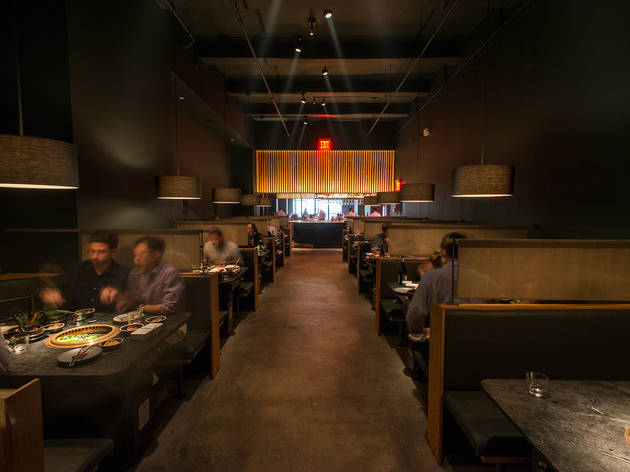 Korean food as a whole has expanded in breadth and ambition in recent years, but nothing has seen a boost quite like Korean barbecue. A scene once regulated to kalbi holes-in-the-wall and soju-sloshed karaoke joints, K-BBQ has risen through the culinary ranks, bringing fine-dining finesse to the crowd-pleasing practice and attracting food-world luminaries like David Chang and Anthony Bourdain to outlets like Kang Ho Dong Baekjeong and Insa.

Cote—a sleek and slightly soulless Flatiron District effort from Simon Kim of the Michelin-starred Piora—is the latest in the upswing. Set 10 blocks south of K-Town proper, the restaurant is deliberately billed as a “Korean steakhouse,” a distinction felt in its swank decor (marble-topped bar, large horseshoe booths) and starters you’d more likely find at an all-American meat temple than at a bulgogi grill. But chef David Shim—who gained experience in both meaty disciplines, at oddball Queens chophouse M. Wells Steakhouse and the upscale K-BBQ concept Kristalbelli—tricks out the obligatory shrimp cocktail with gochujang-spiked tartar sauce ($16) and studs the steak tartare with cubes of Asian pear ($18). (The usual thick-cut steakhouse bacon is missed, however, traded for crispy but paltry slices of pork jowl marginally enlivened with a slick of Korean mustard; $16.)

Like any serious beef house, Cote boasts a downstairs dry-aging room stocked with hanging steaks and neon-red lighting, like a scene out of a Tarantino flick. Such steaks are available à la carte but more popularly as the starring Butcher’s Feast ($45), a flashy spread of seasonal banchan, two stews (a pleasantly sour kimchi variety and a fermented soy potage bobbing with tofu) and a daily-changing rotation of four steaks fired on gold-rimmed table grills. The meats are of quality on par with Kang Ho, but not all are prepared equally: The hanger steak on a recent night was chewy beneath a dip of ssämjang, but the flavorful and well-marbled flat-iron steak made up for that snafu.

Sure, the wine list may be more impressive than your K-Town go-to, but in such a beefed-up K-BBQ scene, a meal at Cote just isn’t a cut above the rest.