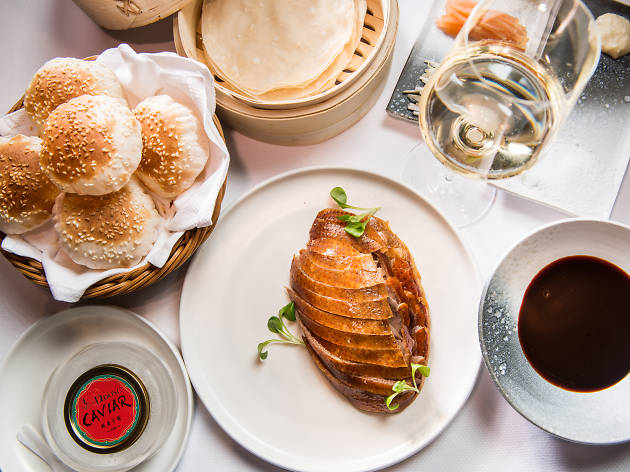 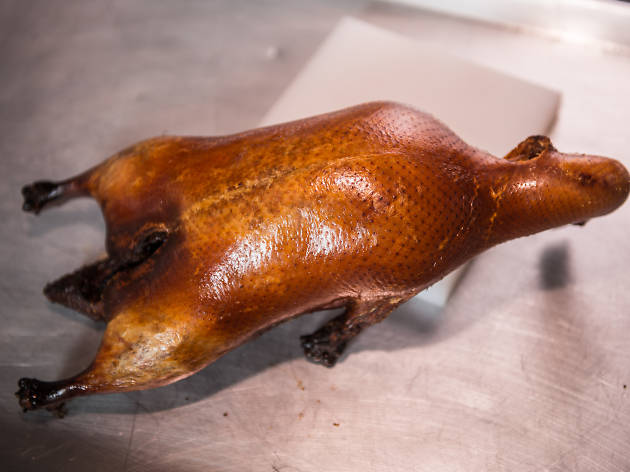 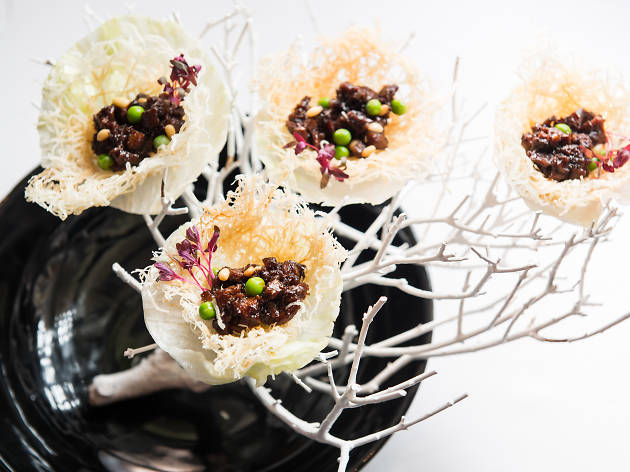 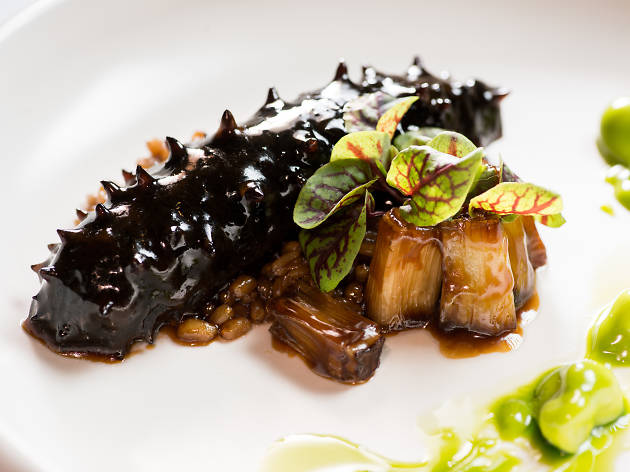 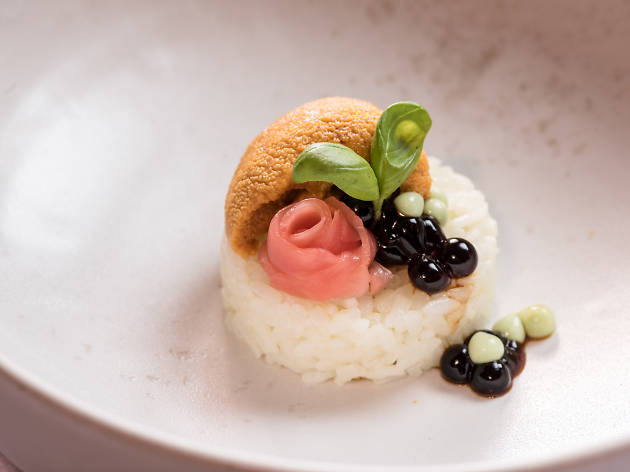 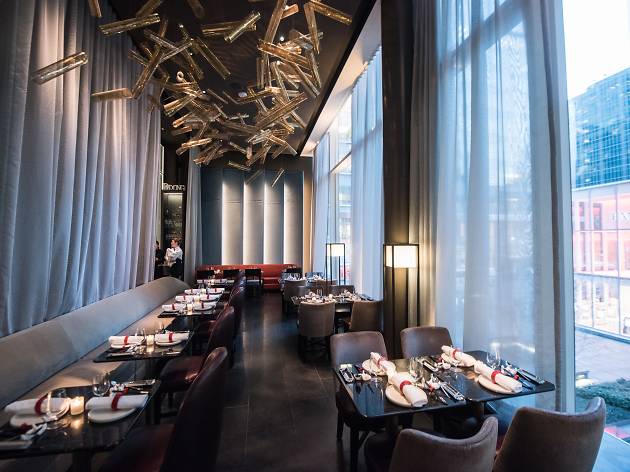 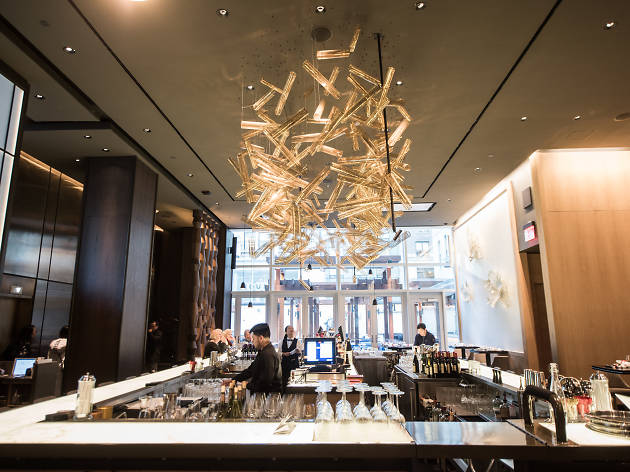 When Michelle Obama visited Dong Zhenxiang’s famed Beijing restaurant to try his yijing (“artistic conception”) cuisine, she ordered six whole ducks for her party of 14. Even healthy-living advocates become gluttons here. Now the 6'4" chef known as DaDong—da means big in Mandarin—has opened his first restaurant outside of China. It’s a big deal. Or is it?

Our broad wish list of a half-dozen dishes was organized into courses for us. So thoughtful! But then the dishes arrived randomly. The kitchen didn’t realize they were out of our appetizers. Soups arrived after the duck. Our dining companion, a Chinese American and extreme foodie who recently returned from Beijing, whispered, “This would not happen in China.”

The signature dish, Peking duck, is best served with a $42 caviar supplement so it can be eaten four ways: slathered in caviar, dipped in sugar, wrapped taco-like in thin flour pancakes or stuffed pita-like into a crispy sesame puff bun. The duck skin, which Dong brags is the only one in the world that can shatter, is a crackling treat. The ducks, bred for DaDong at a farm in Indiana, are lean (as a selling point for the health-conscious) and lack the typical greasy juiciness. They taste more like leftover Thanksgiving dark-meat turkey: tough and stringy.

DaDong’s Beijing menu has 240 items but New York offers only 44 (of which 12 are signature dishes). Squid ink soup with wiry white tofu is a wholly alien adventure, a pulpy, creamy umami chowder. Crystal vegetable buns are sumptuous piñatas of greens. Sea cucumber—another house specialty—falls flat, as do the duck treasures, both victims of intense saccharine oversaucing.

Even the crowd was too much. An ostentatious young Chinese family conspicuously fawned over their high-chaired baby after he wailed when his iPad died, while white finance bros at another table loudly discussed how much they had spent on dinner and drinks, with gems that included “A thousand dollars is nothing in Bitcoin!”

Upon leaving, we gestured at the elaborate sculpture above the bar—golden tubes aloft all askew, a word or two upon each one—and asked a floor manager what it was. It’s a poem, he explained, although he didn’t know which poem or its overall message.

“How do you clean it?” we asked. His reply could be applied to half of the night: “We haven’t thought that through yet.”