To the Japanese, ramen is as obsessive an art as serious sushi. The maniacal zeal for elevating noodles and soup has inspired movies and manga, including the cult food flick Tampopo. Ramen disciples are expected to put in long hours over bubbling broths, in order to master all the classic techniques before daring to remix them—a process that can take years.

But in every field, there are successful mavericks: the fanboy who directs the blockbuster comic-book flick, the groupie who winds up a star after joining the band—radicals who ignore conventional wisdom, break the rules without paying their dues, and somehow manage to produce something great.

Consider, for example, Smith Street’s Dassara, conceived by ramen fanatics with no experience at all in the noodle-soup trenches. This collaborative effort is the brainchild of two full-time lawyers, a former line cook and a young Canadian chef. With help from Shuichi Kotani of midtown’s Soba Totto—an unofficial adviser who supplies them with excellent, toothsome noodles—they are filling a need for good ramen in their stretch of Brooklyn. At the same time, though, they’re also reinventing the form.

The restaurant’s multicultural menu layers Jewish, Italian, Chinese, Thai and other melting-pot accents onto a Japanese base. To a purist, the notion might sound perverse—and it probably would be, if not for the serious skills and sharp palate of Dassara’s head chef, Montreal transplant Marc Giroux. The partners who hired him—attorneys Justin DeSpirito and Lana Yang, and their pal Josh Kaplan (manager and assistant chef here)—seem to be naturals at the restaurant game. Service is smooth, ambience cool, decor plenty polished. And the food is both offbeat and delicious.

The ramen, meanwhile, is unlike any you’ll find at the city’s hot Tokyo imports. The most classic version begins with a robust shio (“salt”) broth—a beautifully viscous chicken-based soup thickened with potatoes and sushi rice. Into that pool go drizzles of chicken fat and soy-mirin tare (Yakitori basting sauce), along with bamboo shoots, noodles, black garlic oil, a sous vide soft-poached egg, and sweet-and-savory pork belly braised in the Chinese red-cooking style. It’s a complex bowl, with every component done just right.

But Dassara stands out most for leaving tradition much further behind. Its Deli Ramen, a Brooklyn innovation you won’t find across the Pacific or anywhere else, is an expert melding of Jewish-American and Japanese tastes. The same intense chicken soup comes topped with miniature fluffy matzo balls and a few peppery slices of Mile End smoked meat (along with a poached egg and bamboo shoots). The white-clam mazemen (a ramen variant with minimal soup) is another smart pancultural mash-up, bringing Italian vongole pasta into a Japanese idiom, a rich, briny, peppery mix of shucked clams and clam broth, parsley oil, butter sauce and oil-cured chilies.

New York’s ramen maniacs tend to follow a Japanese lead, chasing down bowls first perfected back in the homeland. Dassara offers a homegrown alternative a native New York ramen worth lining up for.

Drink this: The cocktails here skew light and refreshing. Try the Hyogo Cucumber Gin, an easy sipper with muddled cucumber, cilantro and sake, or the Shriayuki Ginger Fizz, fresh ginger ale spiked with sake and rye (each $12). Among the local and imported brews, there’s a rich, dark Espresso Stout from Hitachino ($12).

Sit here: The best of the dining room’s low-slung two-tops are up front near the wall of doors that open onto the street in warm weather. The stools at the bar are ideal for a solo ramen session or a few shared snacks.

Conversation piece: Dassara, a concept you can’t sum up in one English word, loosely translates as “follow your dream” or “step outside your comfort zone.” 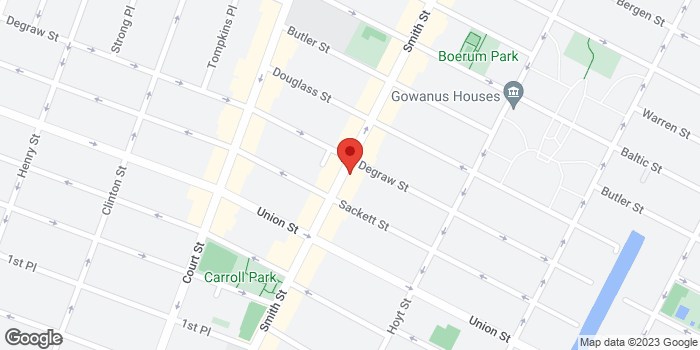