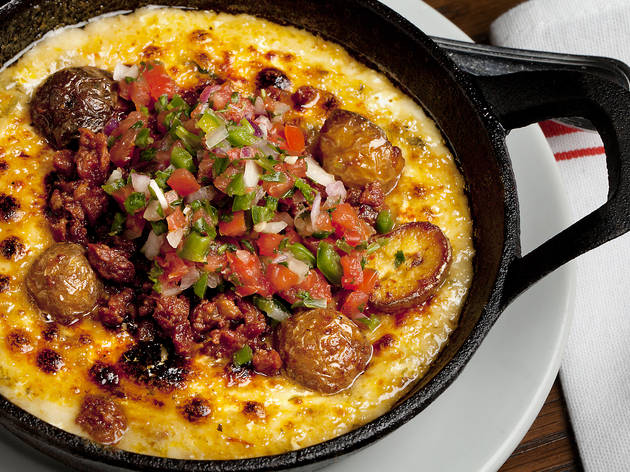 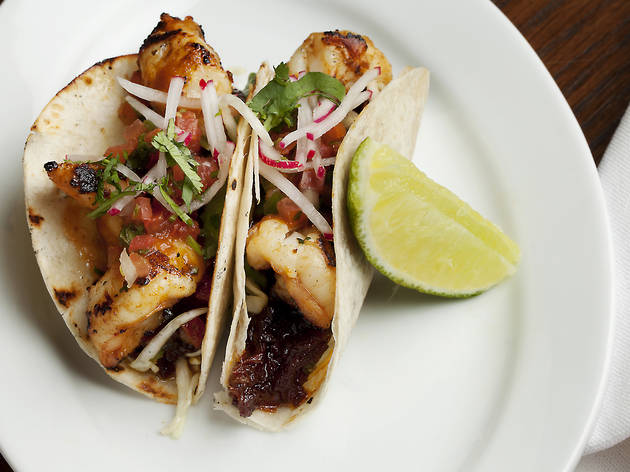 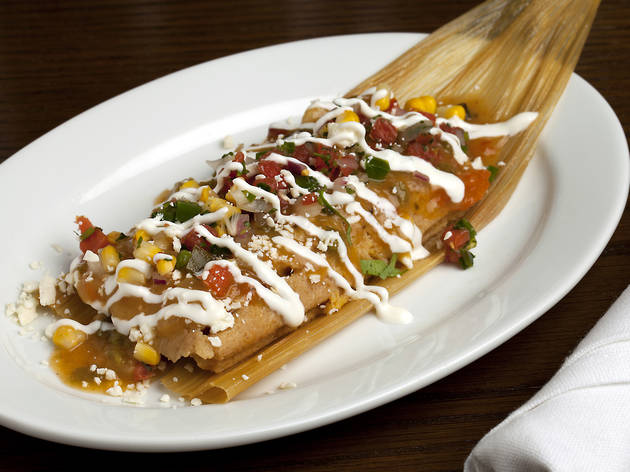 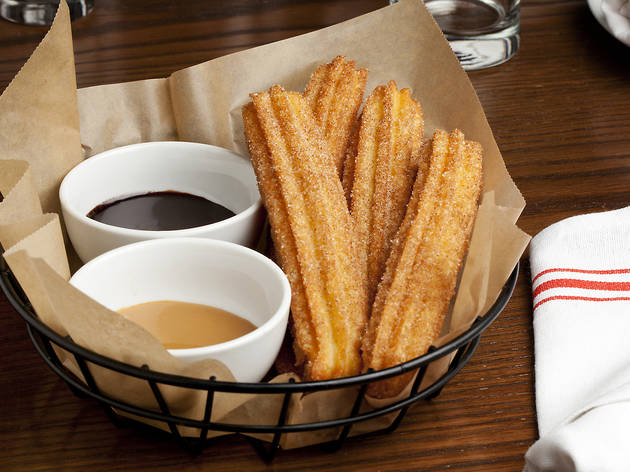 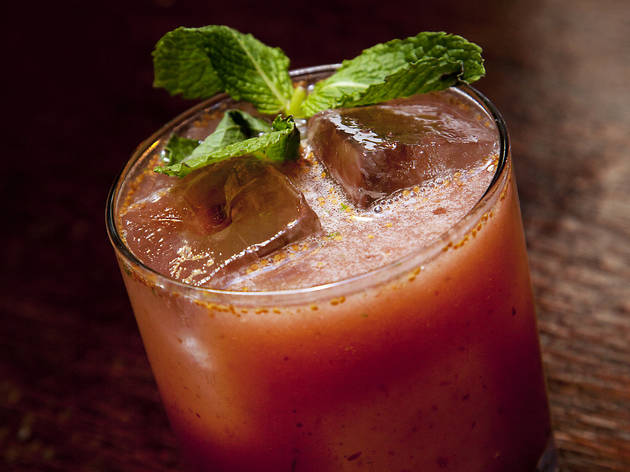 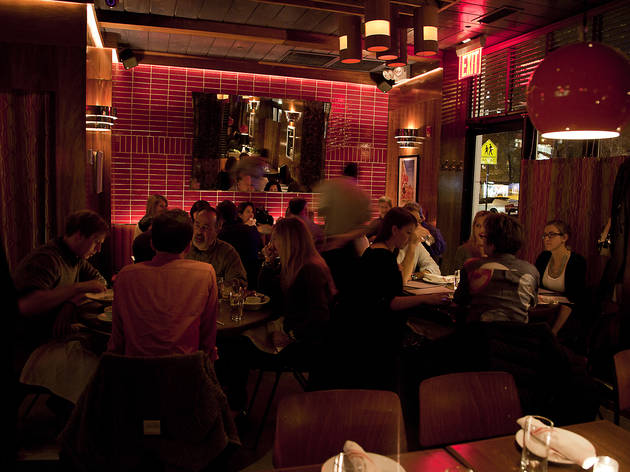 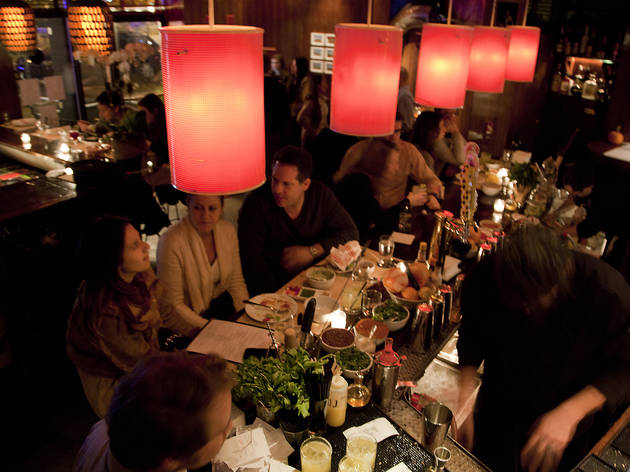 Like New York’s other wild South of the Border spots slinging potent margaritas and gringo grease-bomb cuisine, the place attracts a steady stream of bachelorettes and packs of dudes, whooping it up nightly in the kitschy amber-lit space. If you stick, as they do, to the many tequila-sop snacks—and leave any yen for regional authenticity home—you can have a perfectly tasty, and not terribly pricey, romp out on the town.

The chunky, tangy guacamole on every table comes with terrific warm chips. Rich, gooey queso fundido, another group starter pushed hard by servers, is a pretty irresistible mix of mild and sharp cheeses with green chili sauce and crumbled chorizo. There are also stellar sweet-corn tamales to pick at, and plump empanadas stuffed with a gutsy mix of roasted short ribs and queso Oaxaca. Miniature tacos—tender chipotle shrimp or sweet and spicy al pastor pork tucked into soft corn tortillas with grilled pineapple—are just as easy to scarf down with a cold can of Tecate.

But the satisfying finger food gives way to plated entrées with shaky chefly ambitions. A $36 whole butterflied lobster is blackened too much on the grill, its sweet flesh overpowered by an acrid char in a busy dish, with warm salsa, undercooked baby potatoes and chili-infused melted butter. Another messy main course features cumbersome hunks of fatty carnitas—flavorless pork shoulder tenderized in a mix of condensed milk and beer—with bland refried beans and do-nothing cabbage slaw.

Desserts jump right back into the party spirit, though. Extra-long warm, cakey churros and crumbly cinnamon-crusted apple empanadas are solid lowbrow fun—a genuine reflection of the joint’s freewheeling appeal. You shouldn’t come expecting hyperregional specialties, certainly. But if making the scene is your thing, it’s a good time, a place for tablehopping and tequila-shot pounding. Celebrate any birthday here like you’re 22—or 16—again, with singing waiters and a pass-around sombrero delivered by McDonald himself. Only the piñata and the mariachi band are missing.

Drink this: The bustling bar shakes up good margaritas, including a balanced sweet-tart jicama-fig concoction ($14). The selection of Mexican beers features the usual suspects (Tecate, Sol and Negra Modelo; $6 each).

Sit here: The curvy booths along the kitchen are the best seats in the house for hobnobbing. Singles looking to nibble and flirt can squeeze in at the bar.

Conversation piece: John McDonald, raised in a Phoenix restaurant family, intended to name his new Mexican spot after his father’s American eatery, the White House. But La Casa Blanca evolved to incorporate the iconic bulls—now part of the restaurant’s logo—he encountered on his travels in Mexico.