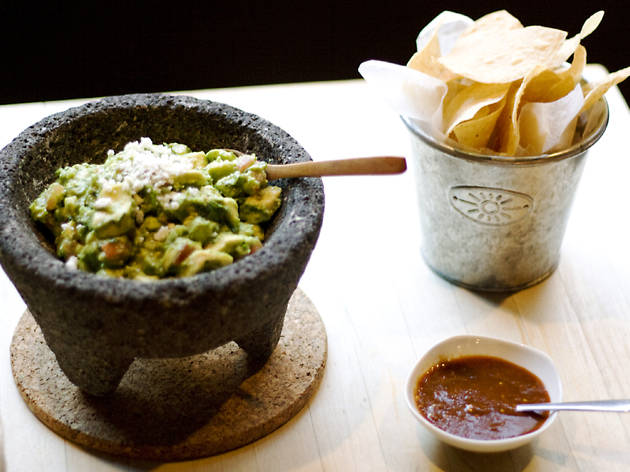 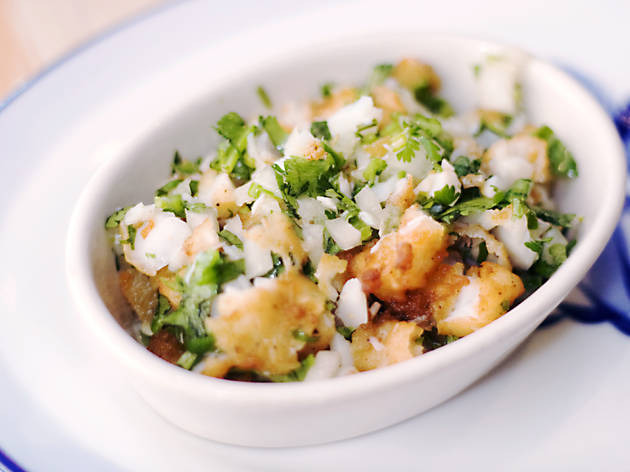 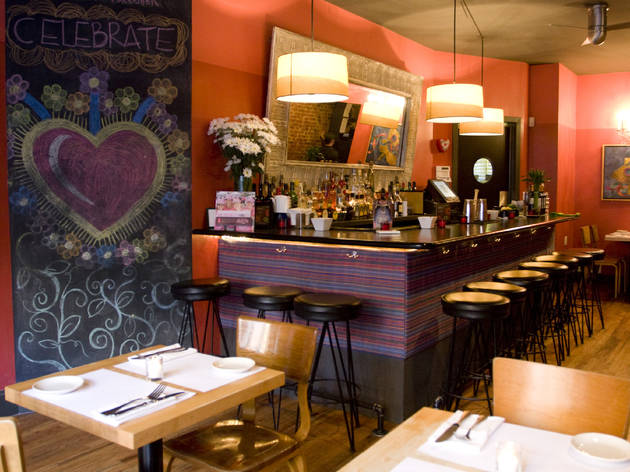 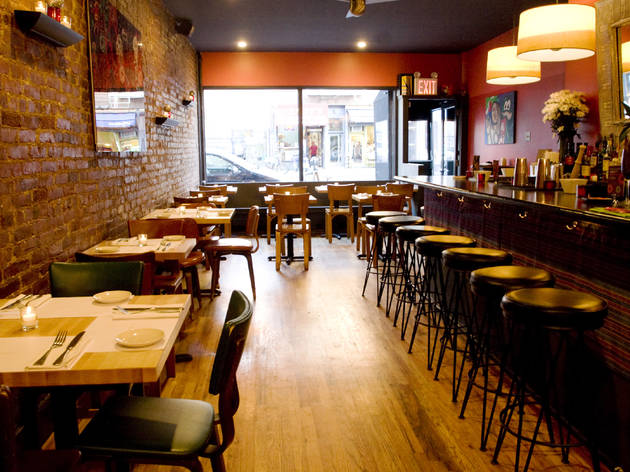 It’s been a banner year for Mexican food in New York City, with cultish casual joints (Dos Toros) and fully articulated restaurants (Mesa Coyoacan) interpreting the country’s oft-oversimplified cuisine. Into the latter category falls Fonda, a dimly lit spot from chef Roberto Santibanez (Rosa Mexicana). Packed with locals since it opened, Fonda has become a South Slope hit. The spare room is mercifully devoid of South-of-the-Border kitsch: red paint on one wall, exposed brick on the other, and a bar wrapped in multi-colored fabric. If the decor is restrained, the food—contemporary, upscale Mexican—is comparatively indulgent. Duck zarape would have been an elegant starter—flavorsome braised fowl sandwiched between two tortillas—if not for the excess of creamy tomato-habanero sauce poured on top. Pink slices of carne asada (roasted beef) in an entre were juicy and beautifully cooked, but a messy blanket of mushroom-cream sauce obscured the flavor of the meat (along with everything else on the plate, including spinach and mashed sweet potatoes with honey). The same sloppy presentation undermined a special of cod envuelto—moist, flaky fish wrapped in serrano ham—which ceded its plate to a slew of shredded vegetables and yet another heavy mushroom sauce. The best dishes were the ones featuring just a few well-prepared components. Fish salpicon—a mixture of fish and spices meant to be spooned into tortillas—was moist chopped cod seasoned with a bright, herbaceous mix of serrano chiles, cilantro, Worcestershire sauce and a squeeze of lime juice. Guacamole was some of the best in town: vivid, garlicky and hot with raw chiles. And while much of the dessert menu was overwrought (flourless chocolate cake with “tequila crme anglaise”), the almond-cinnamon cookies served with a citrusy custard made for a simple, sophisticated finale. Ultimately, Santibanez, like the chefs at many of NYC’s newer Mexican spots, seems determined to reclaim his native cuisine from the nacho-saturated muddle. But until he learns to let his ingredients shine, we’re sticking with burritos.