One of Brooklyn's most beautiful destinations is back for the roaring 2020s.

Gage & Tollner is beautiful. Twirl through its revolving door and you’ll enter into a gilded dining room that seems like it goes on forever. On your left, heavy wood is topped with lilting marble to form a stylish, throwback bar. Straight ahead, circular tables look like figurines poised to glide across the glassine surface of an animatronic music box. And cushy crimson velveteen booths line either side of its 134-seat space. It’s lush and plush and suffused with golden hues.

Located in a building that has lived many lives, including as an accessories shop, an Arby’s and a previous iteration of Gage & Tollner that was at one point famously helmed by chef Edna Lewis), it was recently revived by longtime Brooklyn hospitality fixtures chef Sohui Kim, Ben Schneider and St. John Frizell this spring. They were able to restore the space to its former majesty thanks in part to a 1975 interior landmark designation that ensured the preservation of original design details like brass chandeliers and cherry wood trimmings. Mirrors also abound throughout, including a wall of ‘em on the far back wall that creates that forever-effect.

Visit Gage & Tollner any number of times, and you’ll probably hear some equivalent of this: G&T’s original owner posited that “guests would eventually tire of looking at artwork, but they would never tire of looking at themselves,” on every trip.

It’s a cute anecdote, and it’s even cuter to imagine a time when guests would have looked at art or themselves, instead of, say, lovely arrangements of fresh-shucked oysters or clams ($24 and $16 per half-dozen, respectively) through an Instagram filter. Oh, fine, take a photo or three, it’s still hard enough to get a table here that you’ll want something to remember it by.

The perfect cocktails from the bar are good candidates for the grid, and hard to bungle. You won’t even need to flash the old fashioned ($15), its blocks of ice refracting candlelight like big diamonds suspended in amber liquid. All the classic cocktails are here, too, including seven martini varieties (each $16).

There are a few impressive steaks and chops to choose from, though, on a recent visit, we were told there weren’t any bone-in ribeye cuts ($4.25 an ounce) appropriately portioned for one, and the rest of the table was already excited about other entrées. The dry-aged NY strip ($57) was a suitable compromise instead; richly butter-basted, kissed with char outside, the desired shade of mauve inside and served with a hearty half-head of roasted garlic.

Gage & Tollner is a steak and chops kind of place, with raw bar items too expertly prepared to be regarded as ornamental, but nice to look at nonetheless. It’s the fried chicken, however, that’s beyond reproach–crispy skin a topography of flavor protecting the juicy meat inside. It's marvelously paired with a perky kale/kimchi slaw and springy cornmeal fritters that, all together, amount to the envy of the table.

For dessert, pastry chef Caroline Schiff’s incredible baked alaska for two slakes any order envy, given its ability to satiate twice that many and its brilliant composition. It is a texture and flavor triumph that layers dark chocolate, amarena cherry, and mint ice cream and encases it all in a just-sweet-enough merengue so light it might float up to the ceiling were it not firmly nestled in a bed of crumbled chocolate cookies.

If you’ve ever had a baked alaska, you might expect it to be set alight at your table. Gage & Tollner does not do that. Instead, its baked alaska is meticulously torched inch by inch in the kitchen to create an even surface that elevates the meringue for a jubilant final product. But you won’t miss the flames. When something is this lovely, there’s no need to gild the lily.

The Vibe: An unpretentious Old New York throwback that’s as inviting as it is ornate and a little like dancing at someone else's wedding.

The Food: Steaks and chops and raw bar items and excellent fried chicken. The creamed spinach is also a nice, comforting side, and the devils on horseback, which wrap dates and smoked almonds in bacon, are a sweet/salty treat.

The Drinks: We love a martini menu, and Gage & Tollner’s includes seven. The rest of the options are more classic cocktails than most can likely name, and, with so little room for improvement, they’d probably manage to perfect a white wine spritzer here, too.

Time Out Tip: Reservations are still hard to come by, but Gage & Tollner recently opened up its bar for walk-ins. Sidle up alone; with all those mirrors you’ll have multiples of you for company. 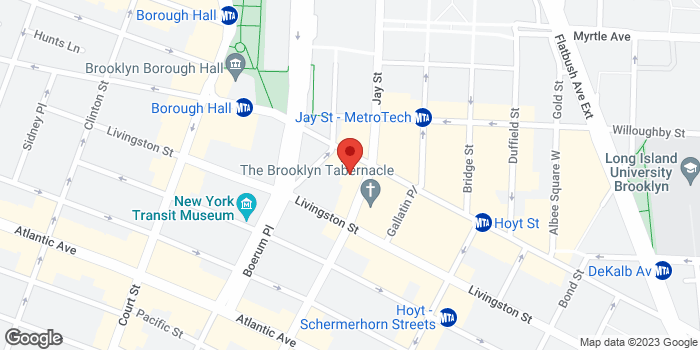