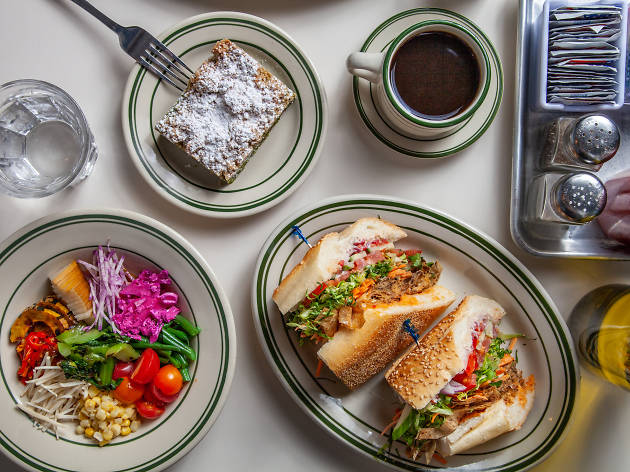 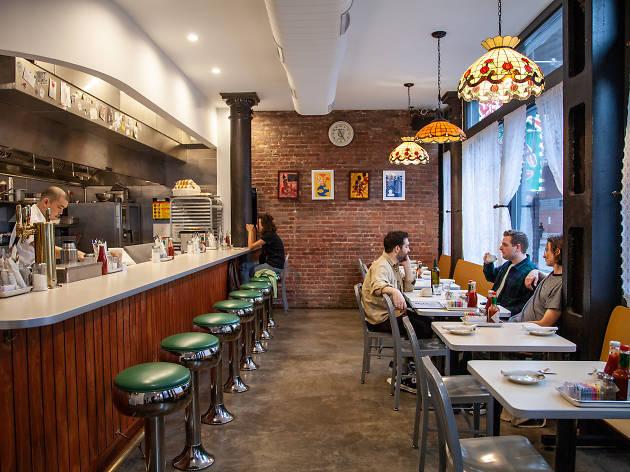 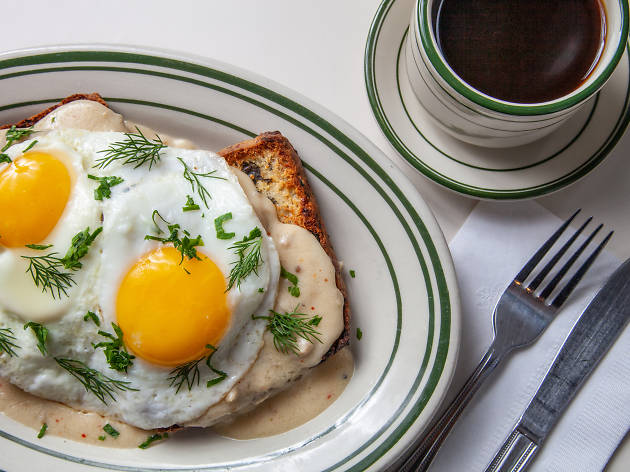 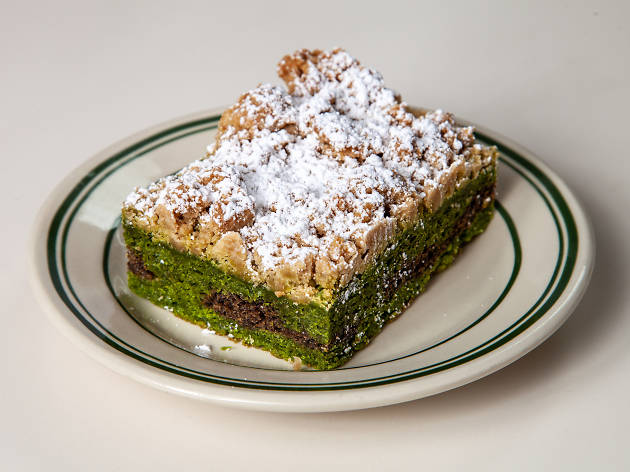 Joining a growing number of restaurants whose chefs left behind their high-end pedigrees in favor of more fun, laid-back takes on comfort food—MeMe’s Diner and, arriving later this year, Soho Diner and Thai Diner—Sam Yoo has pivoted from Momofuku Ko and Torrisi to debut a greasy spoon of his very own. Unlike the real thing, Yoo’s version opens at 10am, too late for prework meetings, though its hours go till 11pm. While the new Two Bridges restaurant is decked out in the leather-covered swivel stools, doily-like curtains and stained-glass lamps of yesteryear, the menu offers all-day eggs, pancakes and other nostalgic classics that are updated with global accents, alongside more plant-based options than is typical of these retrofitted spots.

Consider Yoo’s mushroom Reuben quesadilla ($14)—a gooey delight. The oily pressed tortilla’s flavor doesn’t stand out at first, but when it’s dipped in the pink Russian dressing, the oozing dish feels like a contender for the world’s best drunk food.

The wontonini ($13) has pork dumplings in brodo, garnished with a cascade of shredded Parmesan and elegant mushroom slices, plus a dusting of nutmeg. It all feels just as soul-nourishing as minestrone or Yankee bean soup—we’d be lucky to have Yoo bring it to us the next time we come down with the flu.

Diners aren’t exactly known for great pasta, either, but the sumptuous, curlicue-edged Taiwanese noodles ($18)—so striking they could be a dress strap in the next Gucci collection—will make you reconsider. Though the taste of the vognole isn’t as briny as the clam dish on which it’s riffing, the fermented black-bean sauce is exactly the dash of home that we didn’t know we needed.

Diner culture as we once knew it is dying, as few true-blue, old-school institutions have been able to hang on in the face of changing palates and rising rents. But Yoo, who grew up in Queens, hopes to keep that spirit alive while also challenging these remaining lifelines to be more experimental and inclusive than ever.