Ambition is a good thing—a great thing, even, especially in the context of a boundary-pushing restaurant. In millennial New York, blind ambition has been the mainspring for some of our most beloved restaurants: the elaborate tasting menu served in a bare-brick squat; the design changeling that shifts its decor, along with its menu, according to the season.

But there are also restaurants that fall victim to their own ambitions, their young owners and chefs, flush with optimism and impressive résumés, taking on far too much at once. Governor in Dumbo—run by AvroKO veterans and a chef with experience in a three-star Michelin kitchen—reads like a certain home run. Partners Tamer Hamawi, Elise Rosenberg and Emeli Kihlstrom met working at Public and Double Crown. Last year they opened their first spot together, the American brasserie Colonie in Brooklyn Heights, followed in short order by a Dumbo Mexican joint, Gran Electrica.

But their third, and most serious project, feels more self-conscious than those debuts, with food and design that’s all over the map: expensive but casual, highbrow and low, avant-garde and artisanal. It might work in theory. In practice, it doesn’t always.

The interior combines a number of trendy design elements into one striking but incongruous package. The space telegraphs both a salvaged farmhouse aesthetic and eco-industrial loft at once, with a vertical garden on one wall, exposed ducts overhead and antique milk crates for storage across from a vast showcase kitchen. Tying it all together is a bit of historical hokum: mythmaking in the service of building of a brand.

The restaurant is named for Robert Gair—the 19th-century industrialist, corrugated cardboard king and former don of Dumbo, who was known as “Governor” in his day. His cartoonish portraits hang near the entrance, his quirky biography printed on the back of the menu. But the twee Brooklyn vibe he’s meant to evoke doesn’t jibe with the avant-garde food or cool, impersonal space.

Chef Brad McDonald, who’s spent more than a few weeks at Noma in Denmark and at Thomas Keller’s Per Se, offers a menu that, like the venue, is eclectic in the extreme. His hyperseasonal, super-local, vaguely Nordic cuisine combines old-school and edgy techniques.

Perhaps his most impressive dish is the only one you might’ve been able to find back when Gair was alive: a simple plate of bread and butter. The tangy just-baked bread, its sourdough starter cultured slowly in-house, is actually worth paying for—it is $7 a loaf—with remarkably creamy house-made butter topped with shavings of sharp Grayson cheese rind.

The bread, which also comes with chilled radishes, might’ve been a great start to a meal exploring the lost art of very slow cooking, but most of the dishes here skew more modern than that. Which isn’t to say McDonald’s food isn’t labor-intensive. His frequently changing menu features all sorts of cutting-edge combinations, some strangely brilliant, others way off the mark. Steak tartare on tapioca chips with mussel emulsion is an oddball surf and turf that actually works, the essence of the bivalve adding an umami grace note to the hand-chopped sirloin. Celeriac ribbons mimic tagliatelle in another impressive starter, the vegetable pasta dressed in a rich, creamy carbonara of sorts, made with aerated cheddar cream, preserved egg yolk and plenty of freshly ground black pepper.

McDonald is a skilled technician with some great, funky ideas, but his instincts sometimes need work. Shrimp, corn and feta cream aren’t ingredients that belong on the same plate, even when the shellfish and the miniature cobs are both beautifully seared. And it turns out that sirloin and watermelon aren’t the great match nobody else thought of: The sous vide cooked meat and sweet compressed melon are visually gorgeous, but the mushy fruit and chewy beef lack flavor and punch.

Still, the chef has got his haute cuisine plating down, and his presentations are flawless. When he nails the rest of it, as he does in a terrific mix of roasted sweetbreads, foamy hollandaise, tart pickled cauliflower and caramelized broccoli florets, the results can be truly exciting. But then you stumble on a plate of muddy porgy with astringent chard leaves. Given the price (entrées average $25) and pretense, ordering here shouldn’t be such a crapshoot.

Desserts play it a bit safer, and deliver more consistently as a result. An apple soufflé, intriguingly tangy from a touch of cider vinegar, is a gorgeous classic. An open-faced macaron with fresh local berries and tart strawberry sorbet is just as light and delicious.

Yet all of the fanciful plating and high-minded combinations take their toll. The amount of work that goes into even simple dishes here means the kitchen can sometimes slow to a standstill, causing the waitstaff to melt down coping with impatient diners. It’s not a good look for a place so big, so full of beautiful people and with so much raw moxie coming out of the kitchen.

McDonald and crew might one day become New York’s next great restaurant team. But they’re not there yet.

Drink this: The cocktails, in their own way, are as edgy as the food, featuring an abundance of vegetables—in juices and garnishes. Try the Cool Hunt Club, a refreshing cucumber juice and vodka combo, or the terrifically tangy 20-20 Margarita, with carrot and lime juice, a salt-and-pepper rim, and carrot ribbons as garnish (both $13). The ambitious beer list includes the limited-edition large format Allagash Curieux, a complex, effervescent Belgian-style ale aged in bourbon barrels ($32).

Sit here: The best seats are at the small tables facing the kitchen under the vertical garden. Chef groupies can grab stools at the kitchen counter. Larger groups tend to be escorted upstairs to the balcony, which seems like Siberia in this cavernous space.

Conversation piece: The playful portraits of Robert Gair in the restaurant vestibule feature the 19th-century gent in contemporary drag, his bearded mug tweaked to resemble Willy Wonka, Mike Tyson and Michael Jackson, among other familiar figures. 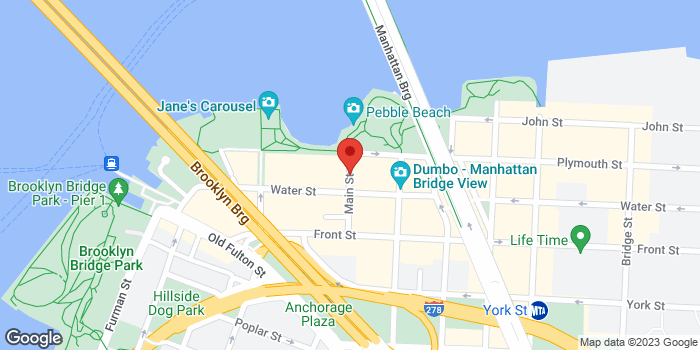