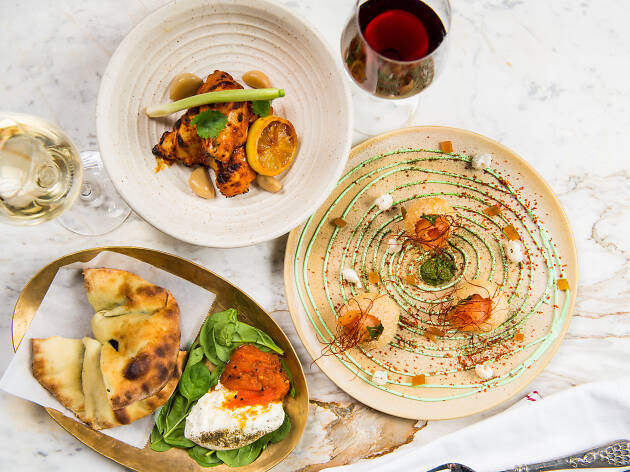 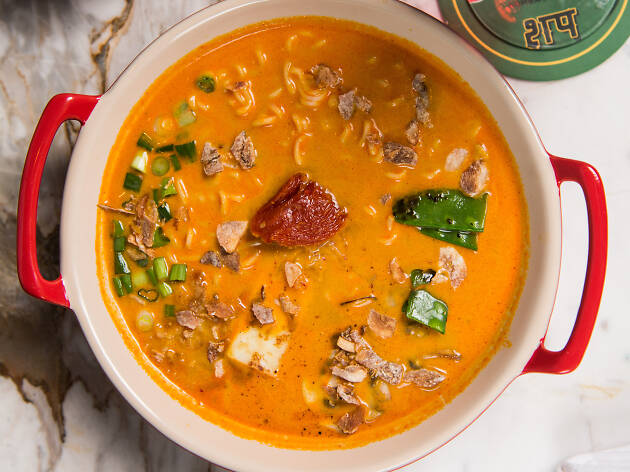 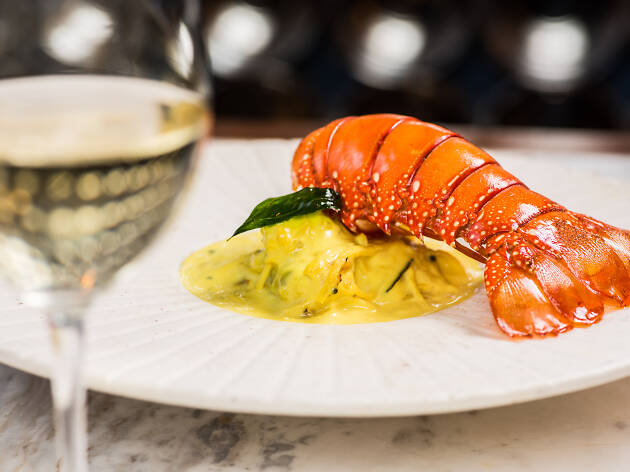 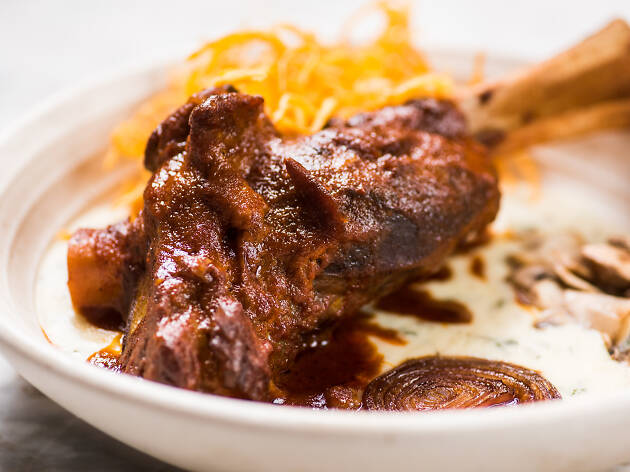 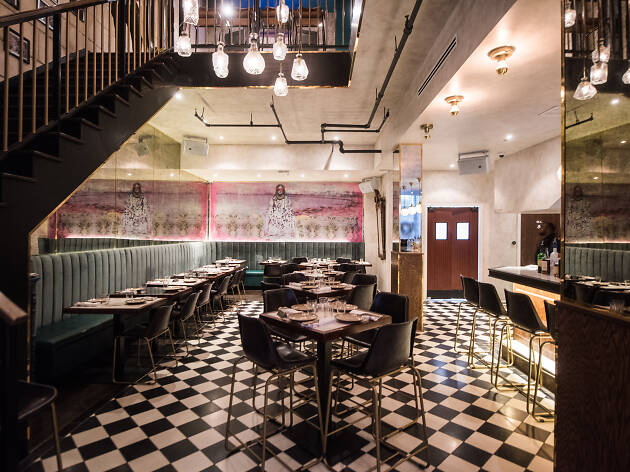 In New York City, nearby blocks can feel worlds apart. Case in point: “Curry Hill,” a traditional Indian food stronghold in Murray Hill, lies just north of Gupshup, a confident newcomer that is not only world’s apart from its mom- and-pop neighbors’ ambiance but also incorporates an international eclecticism right into its cooking. For example, you can flavor cracker-thin bread with some foie gras butter or wrap lentil chilla “pancakes” around pulled jackfruit, taco- style.

As an alum of New Delhi’s posh Indian Accent, chef Gurpreet Singh is evermore relaxed in his bi-level digs, which resemble a colorful mansion of an imagined wealthy family in the 1970s Bombay. Here, black-and-white checkered floors and green velvet-cushioned booths evoke nostalgia, while a vibrant, bright-pink mural of a woman posing in a headdress and high heels brings a zeitgeist energy.

On this fashionable stage, Singh ventures deep into fusion territory with small plates—think fluffy, street-style puchkas nestled in a curd-rice mousse flecked with nubs of lightly smoked salmon or a Mumbai-meets–Mexico City guacamole served with strips of spiced chips baked with chickpea flour. On the bread front, try a fragrant, caraway-seasoned kulcha: Filled with wilted garlic-coriander spinach, it can be spread with tomato-fennel chutney and fresh mint burrata and eaten like toast. Among the best of these freewheeling experiments is a Keralan-inspired rasam ramen that tangles wavy noodles with cubes of paneer cheese and wild mushrooms in a tomato- curry broth.

Fewer liberties are taken with the main dishes, which are gently tweaked to appease both Indian-food purists and fans of the city’s modern Indian restaurant boom (Bombay Bread Bar, Baar Baar). A rack of dry-spiced, fall-off-the-bone lamb is undeniably traditional, amping up the meat’s savory qualities with cumin and cardamom, though the $38 price tag belies its smaller portion size. Meanwhile, an equally simple grilled lobster tail, presented under the cleaned-out shell, gets its succulent meat soaked in a sweet, rich coconut-milk moilee sauce.

At times, the clash of old and new can feel like sensory overload (a blaring EDM soundtrack accompanies the nose-clearing spices), but for all of the twists and turns, you’ll still enjoy one age-old tradition of eating delicious Indian food: Using naan to mop up every last bite.