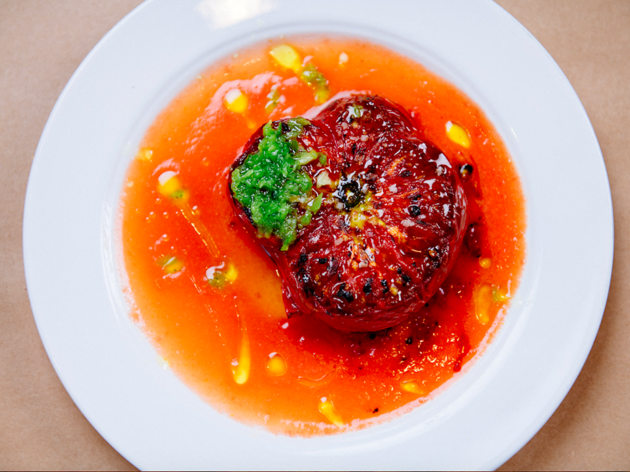 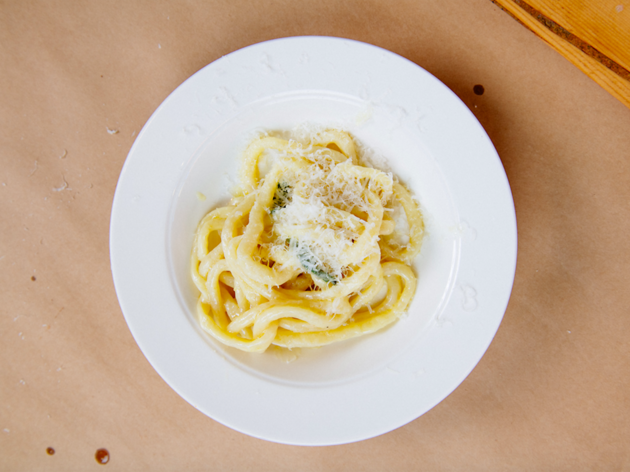 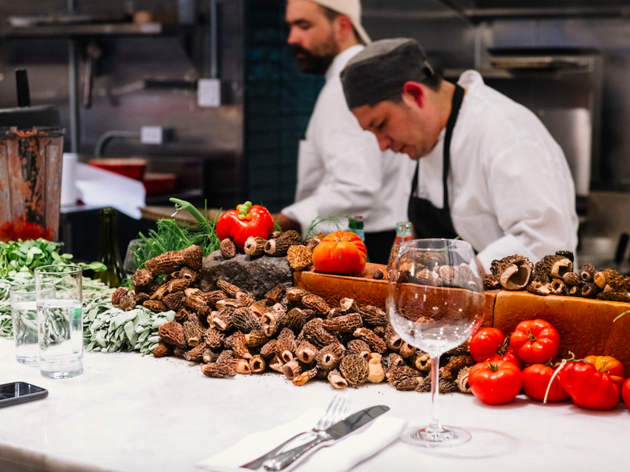 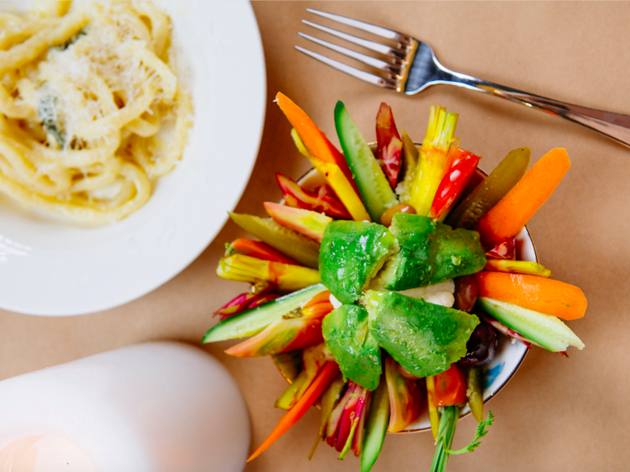 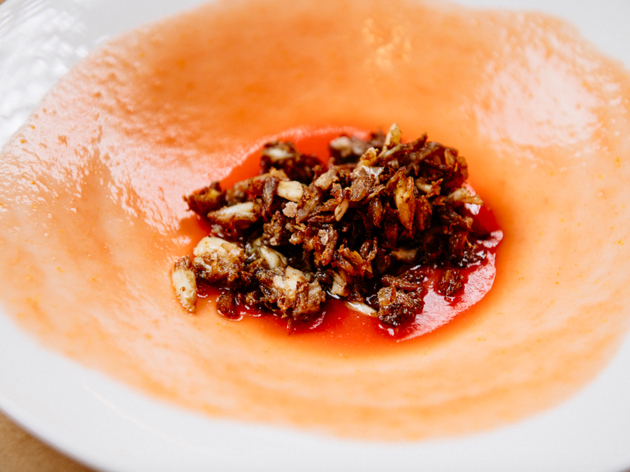 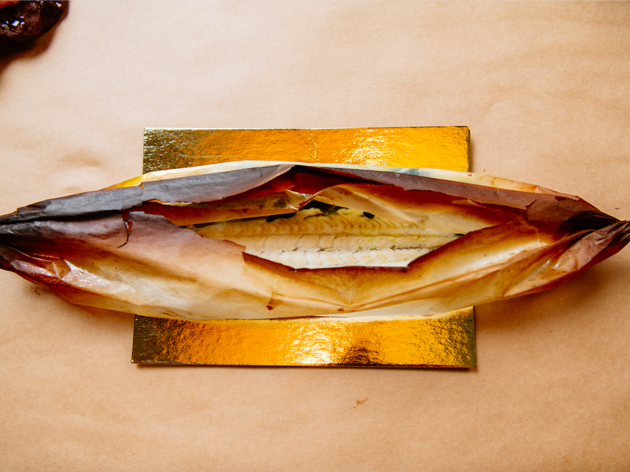 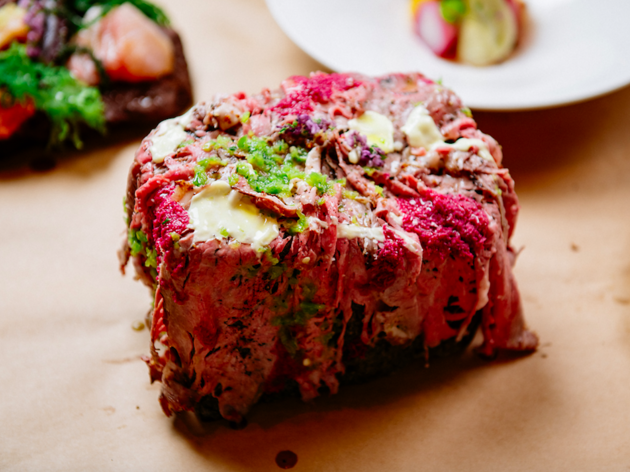 HaSalon's raunchy late-night atmosphere is able to fly under-the-radar in Hell's Kitchen. The new restaurant by celebrity chef Eyal Shani is an adaptation of his popular Tel Aviv party spot, where people are said to dance on tables and where gates roll down the windows to keep the mood discreet. Full disclosure, I could only get a reservation for the first seating at 6pm, where the vibe was playful, but more tame, with classical music humming through the speakers upon entrance.

The Israeli restaurant’s cryptically-named dishes aren’t given much explanation, listed on the menu in Comic Sans (an atypical font choice for a menu where an entrée can cost more than $70).

Our waiter knew the backbone ingredients of dishes but said that the menu changes daily, with presentations by whim of Chef. That was a concept I had never come across before in a restaurant: That tables ordering the same dish, might get different versions. Mysterious! There’s a buzzy energy that you’re in the presence of a mad genius; relinquishing yourself to the unknown, is what’s cool here.

Bearing in mind that our dishes might be different the next day at Shani's HaSalon, we began with an item listed as “Mezze from the Old City of Upstate New York” ($22): essentially just high-quality root vegetable crudité with candy cane beets, pickles and carrots. This was followed by one of the restaurant’s signature dishes which highlights a tomato that was tirelessly sourced to find the ultimate version. But what we didn’t realize was that we’d be getting literally just a tomato, charred using a Japanese grill ($19); it was hard to eat without bread or a spoon to sop up juices.

The “12 Ft. Pici Noodle” ($32) was luscious and perfectly al dente, but it’s simply pasta doused in sage butter and farmer’s cheese. I didn’t have a ruler with me, but it’s hard to believe the small portion could measure twice my height.

If shawarma is defined by being cooked on a cone rotisserie with its signature spice blend, then HaSalon’s version with blue crab tastes like a delicious fake that needed something else on the plate to make it more substantial ($49). The carpaccio presentation was also unusual with the strips of cooked beef sunbathing on a wet rock, one of the better dishes for sharing ($39). Joking with one staff member, I asked if it was lumberous to set down; minutes later they accidentally dropped the rock on the ground. A loud thud caused everyone in the restaurant to bang on the tables and clap.

“Foie Gras de Monkfish” ($39) was so fragrant and fresh it almost made me nauseous; the delicacy was served inside the perfectly fluffy pita sandwich, Shani has come to be known for at Miznon. The decadent and buttery “Dover Sole in a FedEx Envelope” was the highlight, despite the disappointment that there was no envelope and the fish was cooked traditionally, albeit to excellence ($52).

While HaSalon succeeds in never-ending unbuttoned entertainment, it’s hard to swallow the performance of it all when you’re not sure what you’re getting for your dollar. But since ultimately HaSalon is more about the party than the food, if you’re (someone unlike myself) who goes clubbing, just consider the prices of the dishes more of an entry fee into a fun scene.

HaSalon is only open on Thursday through Saturday. Beware: Cancel your reservation with less than 24 hours notice and you’ll be charged $100 per person.