Restaurants Flatiron
Recommended
5 out of 5 stars 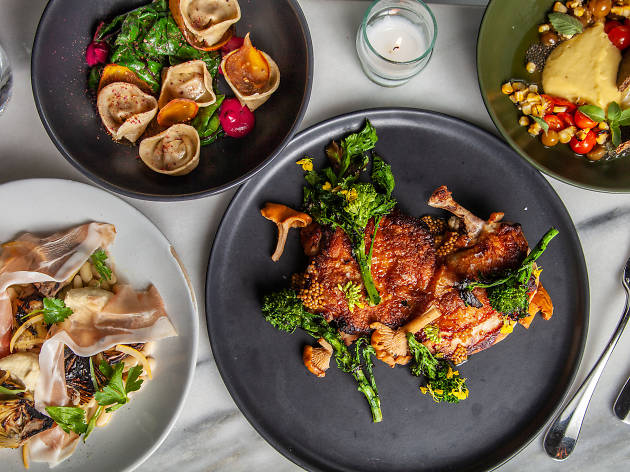 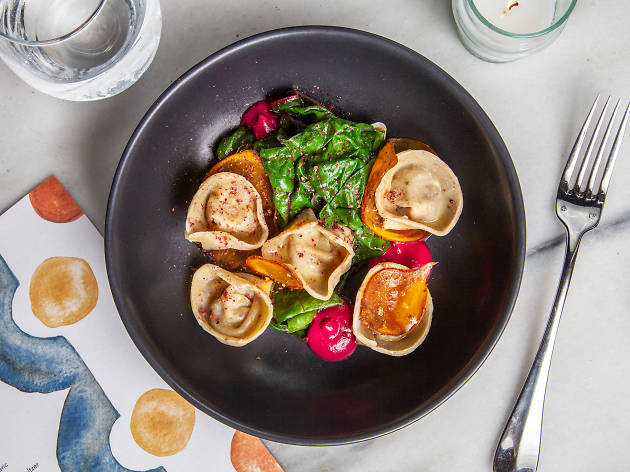 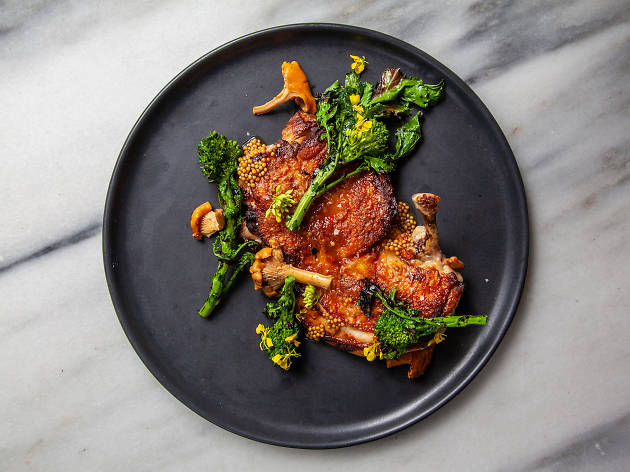 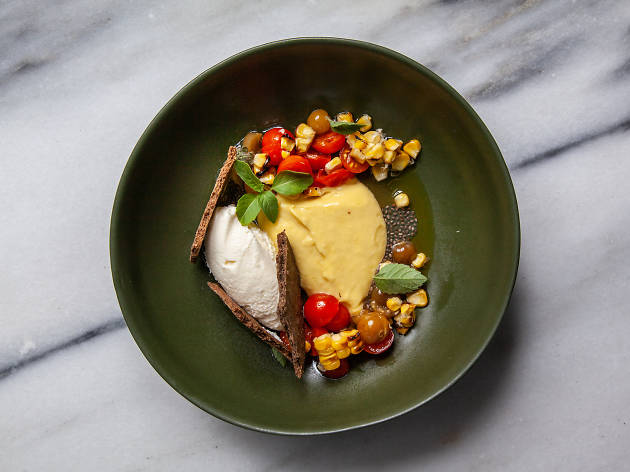 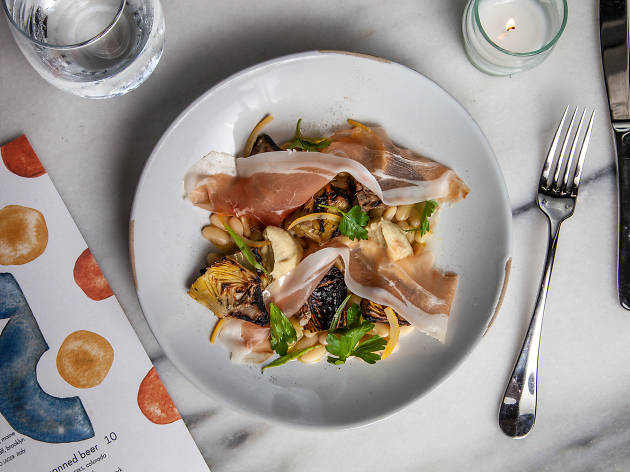 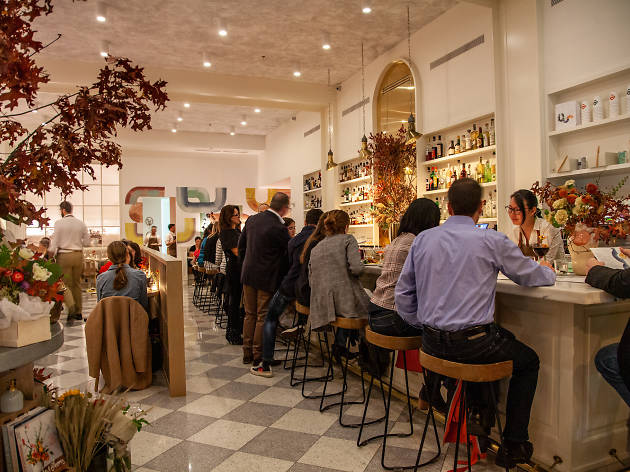 Snip, snip. The bartender’s scissors cut a velveteen rice flower for a cocktail garnish. Just a few short blocks from the Flower District, Il Fiorista serves blossom-accented plates in its restaurant and bouquets in its attached shop, for a memorable meal where the floral theme never feels overdone.

Blooms aren’t just used to dress drinks but also act as main ingredients. Artichoke hearts ($18) appear in a tangy Italian appetizer: Sure, it doesn’t take many risks, but the edible buds, preserved lemon, flageolet beans, speck and smoked olive oil are incredibly pleasing. The corn tart ($16) with deconstructed buckwheat pastry shards looks nothing like its name. But no matter: The husk cherries are so sweet, and the corn pudding so rich and magnolia-yellow, that we’d eat it by the spoonful just as if it were ice cream. (Plus, when the waiter reminded us that corn is also a flowering plant, we got a little botany lesson.)

The star entrée is the duck cappellacci ($29), in which discs of yellow beets are cloaked in Swiss chard that resembles a thicket of trees. The root vegetables here are as essential as the poultry confit that’s tucked inside the folded pasta. It’s exactly the kind of satisfying grub we’re always searching for.

The heritage chicken ($36) is cooked just right, and its crunchy roasted broccolini (another flowering plant), wiggly foraged mushrooms and mustard-seed glaze are soul-warming. Frankly, there’s nothing on chef Garrison Price’s menu that we’d hesitate to try.

Inside the space is a mural comprised of paintbrush swooshes, as well as grand bouquets by the in-house florist, Mindy Cardozo (who’s worked with hit restaurants like Estela). The design doesn’t evoke dusty, petunia-printed curtains but something far more modern.

The concept and interiors recall Jean-Georges’s nearby abcV, so often shortchanged with disparaging references to the wellness movement simply because the food skews healthy and the accents are “girly” (whatever that means in a society that increasingly embraces gender fluidity). Yes, pastels and flowers abound at Il Fiorista. Alessandra and Mario de Benedetti’s near-flawless restaurant offers bright, healthful Italian fare, from which we could all benefit. There’s power in plants.