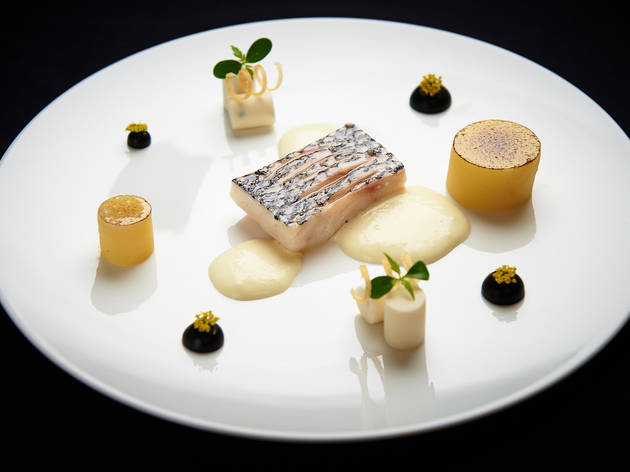 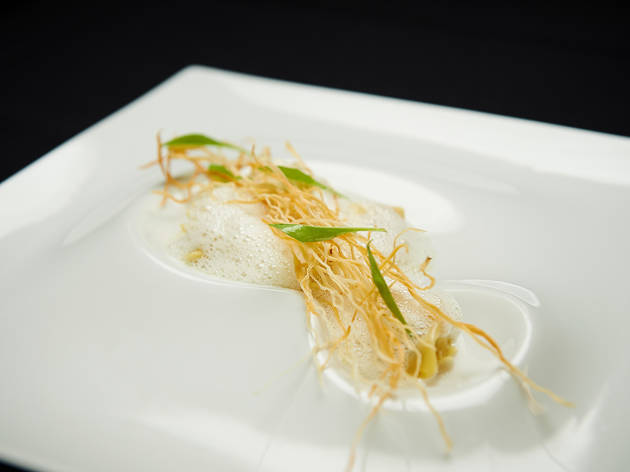 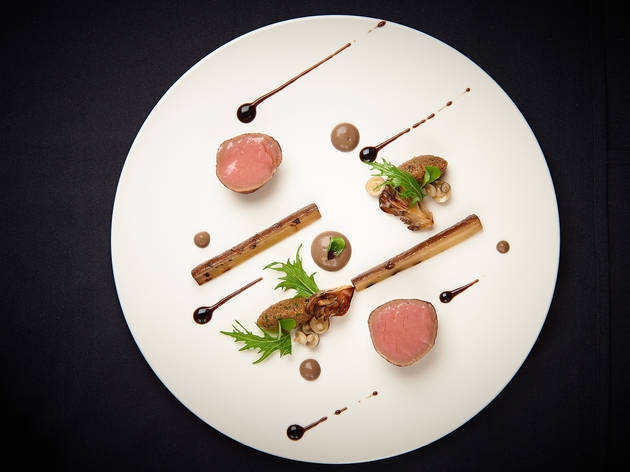 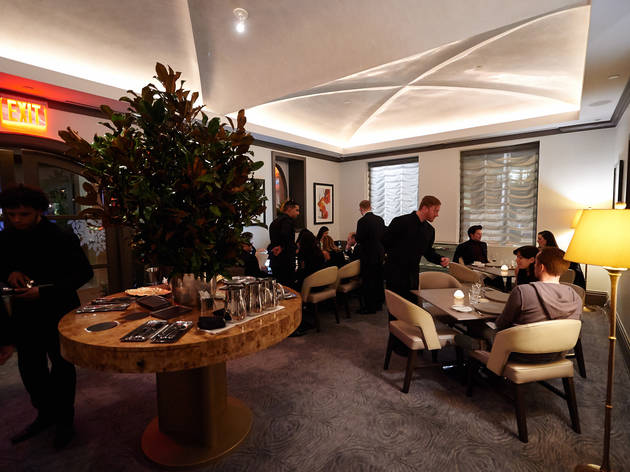 Two years ago Australian chef Shaun Hergatt—a vet of Gabriel Kreuther’s kitchen and the Ritz-Carlton mill—walked away from his eponymous Financial District restaurant with two Michelin stars in tow. His brand of studious French fusion was widely praised, but a maddeningly obscure location and prerecession opulence struck sour chords.

With Juni, Hergatt skates on some of the same thin ice. The restaurant clumsily flanks the lobby of the stodgy Hotel Chandler—an awkward bar on one side, an odd diptych of a dining room on the other. Effusive servers do their best to infuse some warmth into the space, but gray tables, dumpy, padded tan chairs and Pier 1–style wall art have all the grace of a dental waiting room.

Beauty here is found on Hergatt’s painterly plates, and in the vegetables from which he coaxes impressive amounts of flavor. An amuse-bouche of pureed parsley root tastes rich and pure, as if siphoned straight from the earth, while crinkly agnolotti, bursting with another root vegetable, black salsify, bear the clean, creamy sweetness of a West Coast oyster.

Hergatt—who paraded products from around the world when it was passé—has swerved to chase the local-seasonal tailwinds. But cooking at this level is expected to push boundaries, and Hergatt’s retrofitted cuisine often reads one step behind, sometimes still betraying the impulses of fads past, as with an over-the-top eagerness for truffles. On one night alone, they were found in three dishes, including a tile of black bass baked until as dense and juicy as a steak, but drowning in a strong sea of truffle sabayon. Still, Hergatt’s knack for distilling and amplifying flavors can’t be denied. A poached poussin breast is sweetened by pungent garlic puree, with roulades of its dark meat sticky and fatty like the best bits of chicken skin clinging to the roasting pan.

While vibrant dishes overcome their dated veneer, Juni’s acute deficiency of cool (and its tenuously high prices) might number its days. A master technician, Hergatt delivers an impressive execution of his craft, but so does yesterday’s paper.

Behind the bar: Hergatt’s regional affection extends to a pricey wine list, heavy with boutique New York producers, and a seasonal cocktail menu that reads like a CSA checklist.

Cocktail chatter: The dappled stone place mats were carved by local artist Jesse Goode and are inspired by speckled eggs.

Soundcheck: Unnervingly hushed when servers reliably outnumber guests at the beginning of the night, Juni bustles just enough when its 50 seats start to fill.