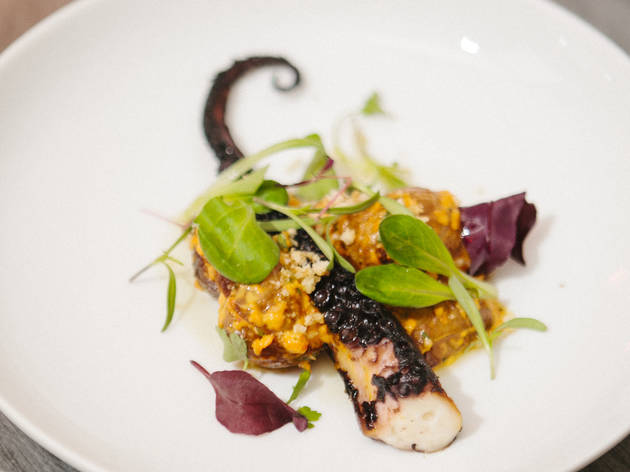 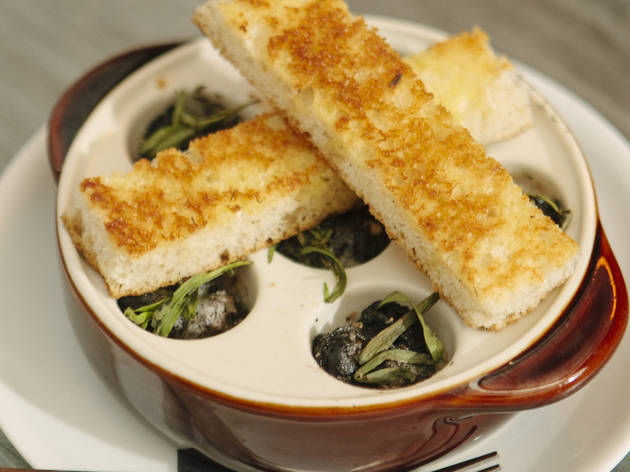 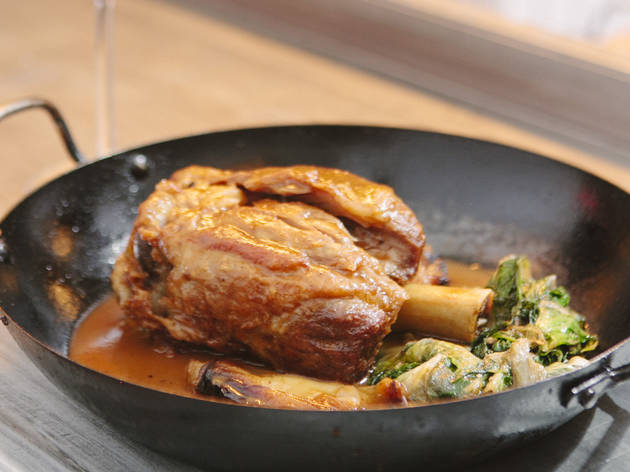 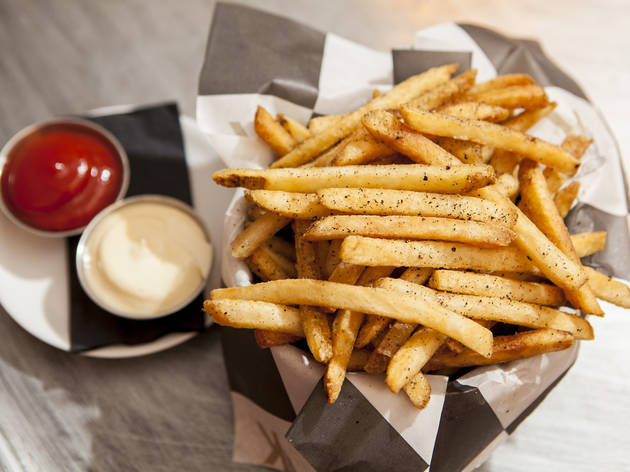 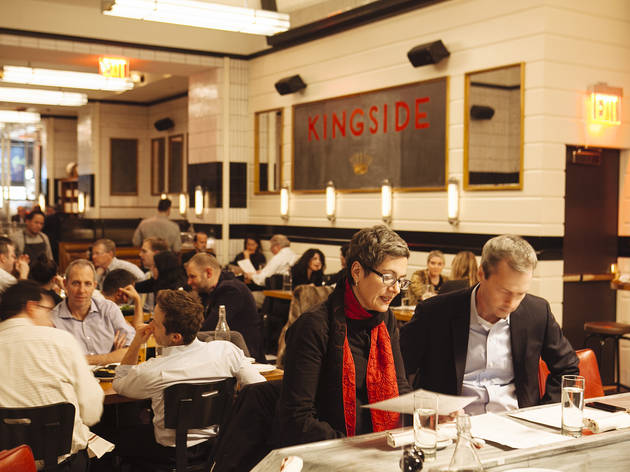 The latest venture of Chopped regular Marc Murphy dips below the crowd-pleasing standard he set at Landmarc. His all-day haven for tourists and bankers in midtown’s Viceroy Hotel looks like a big-budget diner, authentically overbright, with black-and-white tiled floors and mirrored walls. Anchoring the cavernous space is an open kitchen that dispatches unjustifiably pricey New American dishes with French and Italian influences. Earthy roasted snails ($17) are pleasant enough, as most foods bathed in a hot pool of melted marrow, butter and garlic tend to be. A massive braised-then-roasted pork shank ($32) neither disappoints nor thrills, its tender, musky flesh and simple jus well within the grasp of a decent home cook.

But where passable dishes let you down gently, unmitigated clunkers drop like a bag of bricks. Grilled kale salad ($15) is doused in lemon vinaigrette as overwhelmingly sour as a Warhead candy, while chitarra pasta with tomato sauce ($25) is rife with salt and three exits past al dente. Even a simple burger ($18) veers vexingly off course, overcooked and set on bready, chewy ciabatta in lieu of a supple bun.

The same goes for a small, deconstructed sundae ($10) dotted with chalky meringues instead of whipped cream, its accompanying demitasse of hot fudge enough for merely half as much ice cream. You’d do better at a real diner.

For a restaurant that attempts to conjure nostalgia for cheap pleasures, Kingside delivers far too many expensive mistakes. If Murphy cooked this food on his TV show, he’d certainly be left on the cutting board.

Behind the bar: While $8 for a bottle of Coors seems offensive, David Lombardo’s global wine list is gentler on the wallet, offering big-pour quartinos and half bottles, as he did at Landmarc.

Vibe: With foreign families popping in off the street and hotel guests trickling down from upstairs, Kingside caters less to New Yorkers in the know than to tourists who don’t know any better.

Cocktail chatter: Murphy drew inspiration for the restaurant design from Grand Central Terminal, imagining Kingside as a mash-up of the oyster bar and Lex Luthor’s fictional lair beneath the station.

Soundcheck: Clanging dishes and scampering tots make for a diner-appropriate soundtrack: lively but not deafening.