In an era of absurdly exclusive restaurants (the Waverly Inn, Momofuku Ko), Le Caprice joins the gang as perhaps the most overhyped import to set up shop in New York. The U.K. original, which has been a legendary A-list destination for decades—attracting everyone from Princess Diana to Madonna, Camilla Parker-Bowles to Liz Hurley—was designed to bring a touch of New York glamour to swinging London.

Now, in a meta twist, the American-style Anglo-haunt has arrived in the city that inspired it nearly 30 years ago. What could a British homage to New York possibly contribute to the dining landscape? The answer: not much.

Nonetheless, a certain subset of the city’s power elite has rushed to embrace this extraneous relic (socialites attending opening parties have gushed to the press about the return of “cool” to the Upper East Side). And that seems to be precisely what the owners are after. The place has a reservation policy as perplexing as the much buzzier Monkey Bar’s (the restaurant is listed on OpenTable, but a recent search brought up not a single table at night for an entire month—to get in before 10pm, the best bet is to just show up). Predictably, it’s packed with the sorts of idle blue bloods and arrivistes who’ve kept nearby Harry Cipriani going for years despite dismal reviews. Critical barbs aren’t likely to sink this incestuous clubhouse, either.

The dining room is a faithful reproduction of the London original, with the same black-and-white color scheme and long, dark bar with reserved dining stools. While the Deco setting—shimmering with silver, crystal and chrome—evokes the bygone glamour of a Nol Coward musical, the stiff, impersonal waitstaff (a far cry from the celebrated servers in London) and octogenarian patrons make the place about as sizzling as a Park Avenue potluck.

The bland, innocuous grub—country-club cooking with an Anglo spin—seems designed mostly not to offend. When the London restaurant opened, the food scene in Britain was just coming out of a century-long funk. The menu, integrating American-style salads and brunch, may have been a revelation before the days of Jamie Oliver, Gordon Ramsay and Marco Pierre White. But while times have changed, the restaurant hasn’t.

Many of the dishes offered in New York have been Le Caprice signatures for more than a decade—and they seem like it, too. A crispy duck salad—featuring fried shredded duck meat mixed with watercress, daikon and sprouts—harkens back to the days when restaurants still served “oriental” cuisine. Seared foie gras on a thin tart of caramelized apples is a clumsy version of a dish we’ve seen a hundred times before (the foie, overcooked and sliced too thick, could impress only a true duck-liver neophyte).

The fish-and-chips arrives looking like the world’s most precious fast food—a golden fillet of beer-battered cod artfully draped over a moat of mushy green peas, with tartar sauce in a silver sauceboat—but fails to live up to its visual promise (the fish is soggy, the minted peas mealy). Lamb chops, another British staple, are not much more exciting, but at least they’re cooked and seasoned correctly. The thick, tender chops, simply served with nutty spelt and roasted carrots and parsnips, would get high marks at a wedding reception. Chopped steak, a longtime Caprice classic—and, at $24, among the most affordable dishes—is basically hand-cut steak tartare served cooked instead of raw. The bunless, well-seasoned orb has more texture than a typical burger—with sides of fried onion rings and mustard-infused tomato compote—and turns out to be surprisingly pleasant. Which is about as good as it gets.

The sticky toffee pudding is suitably gooey, the apple pie appropriately crumbly—but dessert is not enough of a reason to visit the place. Maybe it’s the stuff they left behind in London—British game and royal patrons—that helps explain the appeal.

Drink this: Considering the restaurant’s deep-pocket patrons, the wine list features some surprisingly reasonable bottles (and some exorbitant ones, too), ranging from $28 to $500, includes an easy-drinking red Ctes du Rhne from Seguret ($40).

Sit here: In London, the reservation-only barstools are among the most popular places to dine. In New York, they attract a younger set—the offspring of the white-haired socialites who fill the tables at the back of the dining room.

Conversation piece: Celebrity shutterbug David Bailey, a regular at the London restaurant, shot all of the framed black-and-white photographs that cover the walls. The New York photos are of model Jean Shrimpton, his girlfriend in the 1960s. 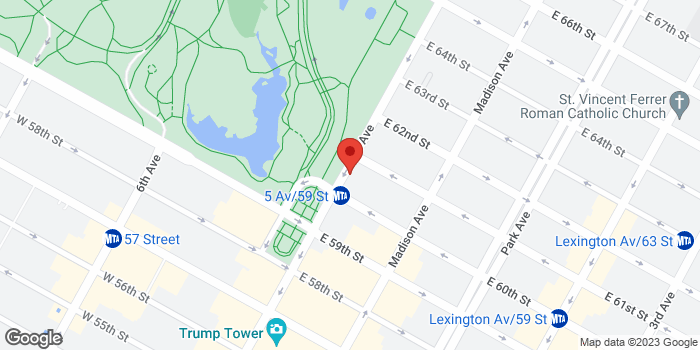