In the volatile world of New York restaurants, it's a real luxury to be able do what you want---critics, Yelpers, and real-estate prices be damned. Which might explain why chefs in less exorbitantly priced cities like Chicago and Montreal seem to be turning out riskier restaurants these days, more freely fiddling with outr ingredients and impulsive flavor combinations than their Gotham counterparts.

Bucking the trend is M. Wells, an ambitious newcomer in Queens that is shaping up to be NYC's deliverance from its rustic Italian rut. The underdog project, in an old diner overlooking the Long Island Expressway, serves the most exciting and fearless food this town has seen in years.

Though M. Wells has technically been open since last summer, dinner service didn't roll out until February, when the liquor license finally cleared. That's when Hugue Dufour---former number two to Martin Picard at Quebec's Au Pied de Cochon---truly unveiled the extent of his madness. The eccentric chef, who runs the place with his wife, Sarah Obraitis, and a staff of true believers, rejects all the conventions usually required to make a new restaurant work: The prices are low, except when they're not. The portions are huge, but sometimes they're dainty. There's French food and Italian, but also Chinese, Indian, Moroccan and Russian.

It takes a moment to realize why this insanity works. At the end of the day M. Wells is still just a diner---with a globalized menu elevated by one terribly talented and versatile chef. The restaurant makes much more sense in this context, and in this blue-collar setting spiffed up just a bit with flickering votives and a few playful knickknacks (porcelain heads, an old globe near the door).

The chef and his cohorts work the griddle here like short-order cooks, but instead of fried eggs, they're searing house-made blood sausage along with potatoes confited in duck fat. Like his Montreal mentor, Dufour is a "more is more" chef. And so those already-rich ingredients become wildly over-the-top when paired with lemon mayo and whelks sauted in garlic butter and beef stock in one enormous platter.

The menu, which changes frequently, is divided into large plates and small ones---not starters and mains as much as dishes for nibbling and dishes for feasting. Dufour works his way around the globe, nailing one iconic dish after another. You won't find a better all-American lobster roll than the knife-and-fork monster here, featuring ample sweet hunks of crustacean heaped with fresh herbs, Old Bay, brown butter and mayo. He tackles Anglo-Indian cooking---in an English muffin overstuffed with an intensely satisfying mountain of rich Butter Chicken---and Korean as well, serving a surprisingly authentic spin on a bibimbap with raw scallops, chopped razor clams and cool shredded veggies arranged on warm sushi rice mixed with hot chili paste.

The options here can be truly bewildering, particularly when every dish rushing by releases such enticing aromas. Pillowy veal brains in brown butter give way to Russian blini generously anointed in smoked sturgeon and caviar. Deep crocks are filled with braised lamb shanks and couscous, the honey-soaked meat cooked in the wok station left behind from the diner's last incarnation as a cheap Chinese restaurant. An upright duck oven also left in the kitchen inspired the order-ahead Peking duck feast---two days to make, an hour to devour among four hungry friends. The beautiful breast meat is served with fluffy pancakes; the dark meat and skin is tossed with dried dates and fried shallots in a delicious sweet and savory mound of fried rice; the fried tongues are served with duck consomm.

And then there's the matter of saving room for dessert. Along with the cream pies and cookies you'd expect in this diner's glass case, you might also find a beautiful caramelized whole tarte Tatin, giant rounds of puff pastry filled with praline cream and the intense little custards called canels.

You can eat yourself silly trying to keep pace with this restaurant. Save a few things for the next visit. It's not going away.

Drink this: Along with reasonably priced wines---try the light, earthy Moroccan Syrocco ($34 per bottle)---the restaurant serves exceptional cocktails crafted by Zachary Gelnaw-Rubin of nearby Dutch Kills, like the lush and balanced Defenestration ($10), made with cognac, Punt e Mes and Cocchi Americano.

Sit here: While you'll need eight or ten friends to snag one of the restaurant's two banquet tables (which become communal seating when they're not consumed by a group), a solo stool at the counter is also a great place to eat.

Conversation piece: Though you might not see foie gras listed anywhere on the menu, seared slabs can be added to anything here. Such supplements are a nod to the chef's time at Au Pied de Cochon, which probably serves more fattened duck liver than any other North American restaurant. 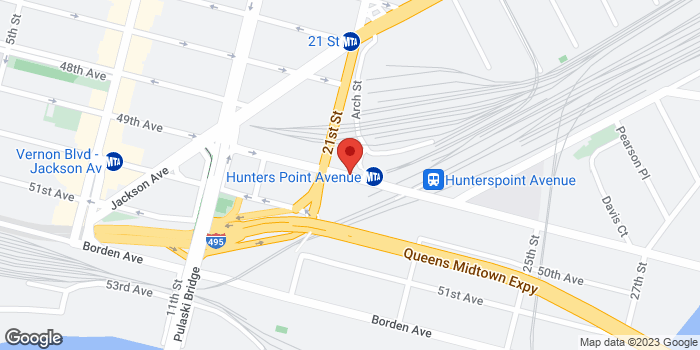