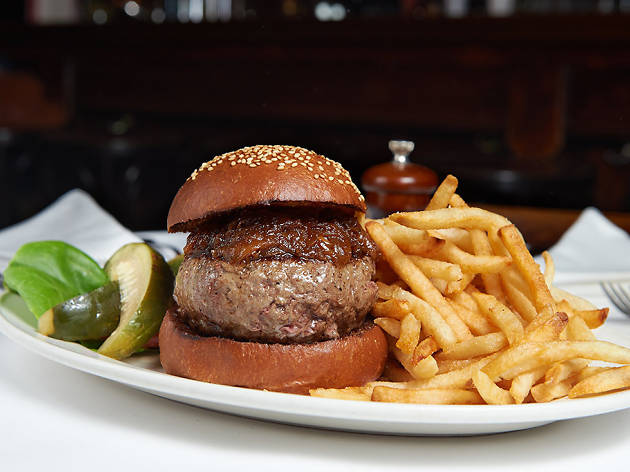 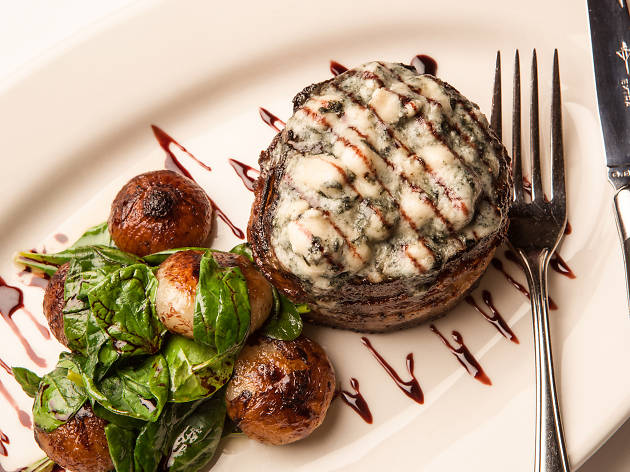 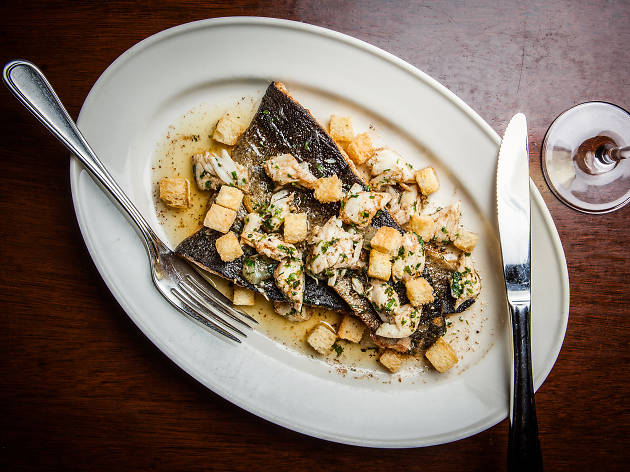 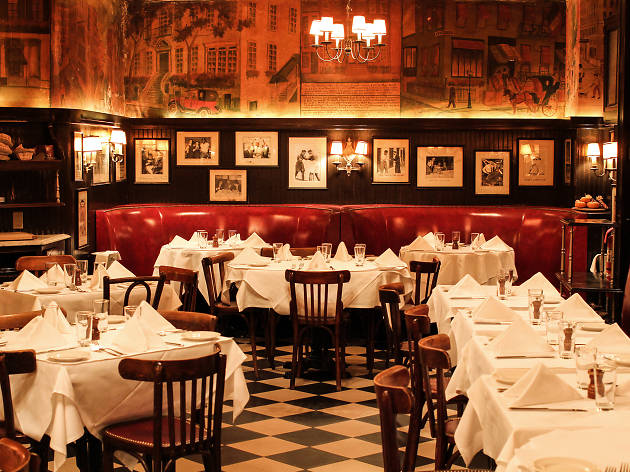 For three decades Keith McNally’s New York restaurants have defined effortless cool, generating the sort of overnight buzz—and long-running exclusivity—institutions are made of. His hot spots have become pop culture touchstones—Odeon, Nell’s, Caf Luxembourg in the ’80s; Pravda, Balthazar, Pastis in the ’90s—delivering intangible pleasures that go far beyond food.

McNally’s Minetta Tavern, a West Village relic reborn, may be the first iconic restaurant of postmillennial recession New York. The lovingly restored dining room is as nostalgic as the '21’ Club’s—and getting in the door as difficult as penetrating Graydon Carter’s Waverly Inn. But unlike the Vanity Fair editor’s celebrity canteen, Minetta’s prices are reasonable, and the food is as much of a draw as the scene.

In recent years, Minetta Tavern—which began as a speakeasy in the 1920s and later attracted all types of luminaries—had become a museum piece, notable only for its time-capsule interior. McNally hasn’t tampered much with the setting. Black-and-white snapshots and caricatures of bygone notables still hang above brand-new, artfully scuffed red leather banquettes. The back-room murals have been buffed to their original splendor, and the place—with an unlisted number for insiders—is as buzzy now as it must have been in its heyday.

McNally, who has a sociologist’s gift for reading and responding to the cultural moment, has unveiled a power restaurant for the newly modest New York, a place where jeans and T-shirts are standard and entres rarely exceed the low $20s. His partners, Balthazar chefs Lee Hanson and Riad Nasr, have replaced the old Minetta’s middling Italian cuisine with lusty bistro fare. The big flavors, with portions to match, are made for tough times.

To start, there are expertly roasted bones oozing sea-salt-kissed marrow. A refreshing entre-size lobster salad is heavy on protein, with whole knuckles and claws lounging on crisp lettuce, string beans and tangy celery root rmoulade. A tartare trio features a couple of hits (beef with capers and mustard, lamb with sesame-oil) and one notable miss (underdressed veal). Stuffed calamari, a starter endorsed by our warm and efficient waiter—the service here is exceptionally polished—is a triumph, featuring tender squid bellies stuffed with creamy brandade and matched with bright olives, preserved lemon and roasted pepper.

The kitchen has a particularly sure hand with meaty mains. An inch-thick gorgeously blackened veal chop comes surrounded by crisp sweetbread nuggets and delicate honshimeji mushrooms. The much debated $26 Black Label burger, made with a proprietary ground-meat blend by Pat LaFrieda, is the first pricey burger I’ve tasted that’s worth every penny. Topped with caramelized onions on a buttered bun, it’s as tender and fatty as foie gras and as intensely flavored as an aged porterhouse. Brown-butter-drenched whole trout meunire is beautifully cooked but could do without the overkill crabmeat heaped on top.

Desserts, including a classic airy Grand Marnier souffl and cakes supplied by Balthazar Bakery (the delicious chocolate dacquoise stacks chocolate-hazelnut mousse between layers of crispy meringue), are as simple and homey—if home happened to be Lyon or Paris—as everything else.

The biggest problem with McNally’s latest is getting in. Without a reservation, you’re not likely to make it past the bouncer (your best bet: arrive right when it opens). The place, for now, is packed with fashion editors and big-screen stars who’ve probably got a direct line to the impresario himself.

Drink this: The classic cocktails (all $14) include a delicious riff on an old-fashioned Sazerac, made with maple cordial, rye and absinthe. On the decently priced wine list, a light Oregon gamay ($39) is a fine crossover match for both meat and seafood.

Sit here: The prime real estate is in the back room. The right connections might land you a seat in a corner banquette, where the tablehopping is usually at its most feverish.