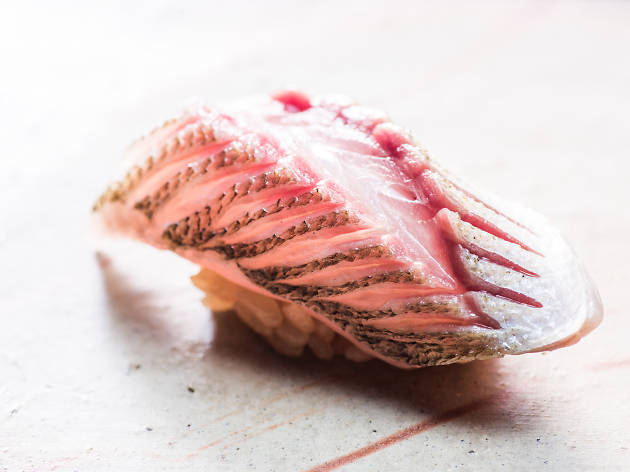 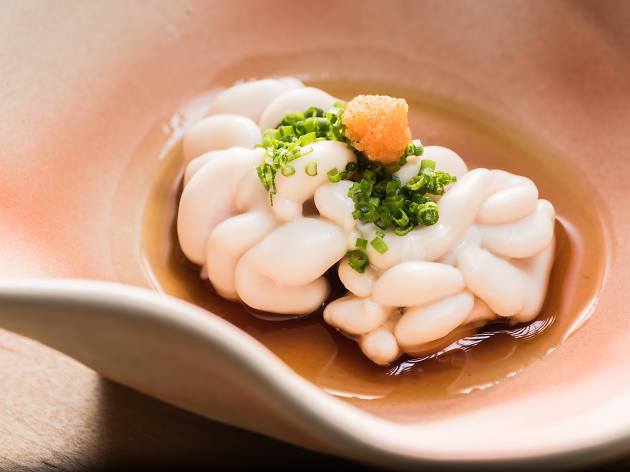 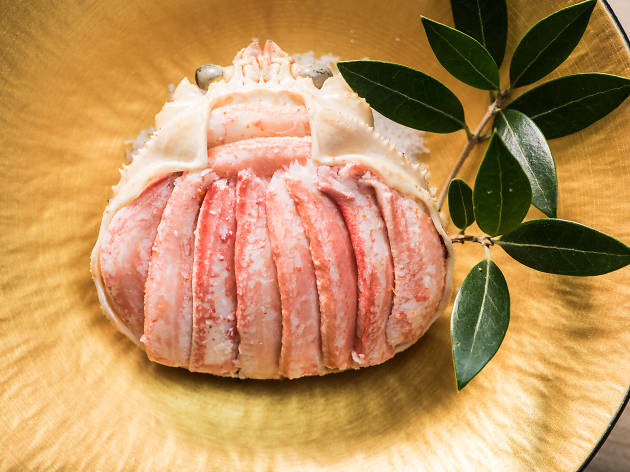 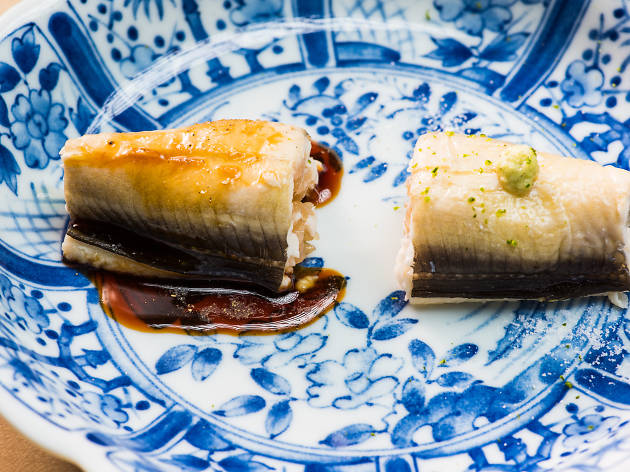 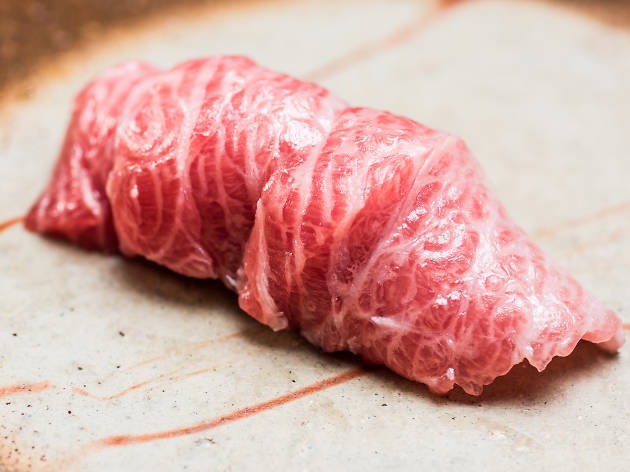 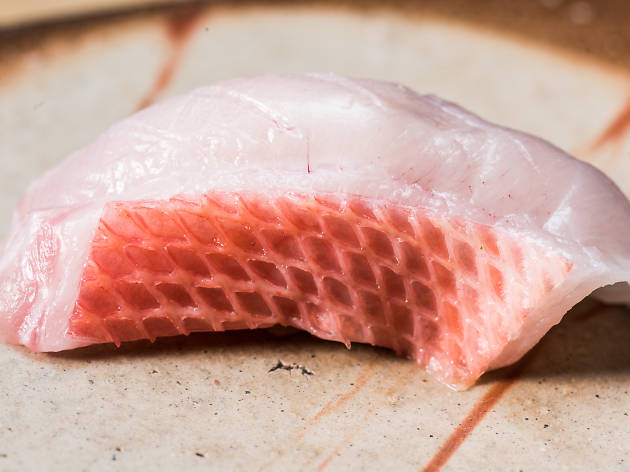 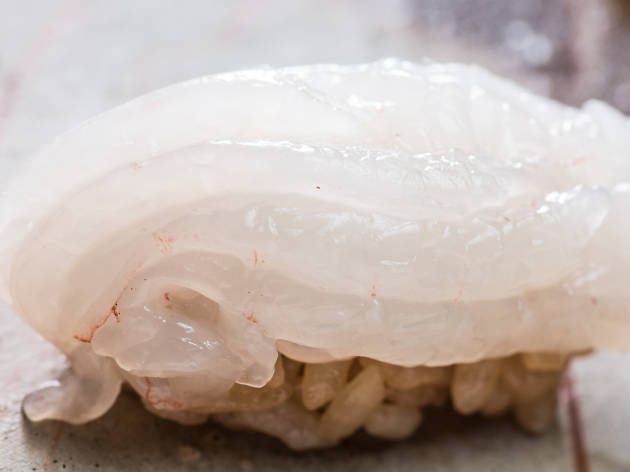 Give a man a fish and feed him for a day; teach a man to fish and feed him for a lifetime. Such a pearl of wisdom! But not enough is said in favor of being given fish—especially when it’s happening at the newly two-Michelin-starred Sushi Ginza Onodera. After decades of New Yorkers’ sushi shrugs, this one-stop Little Tokyo flips that script, and its revenge is a nigiri best served cold—and aged (Ginza hews to edomaezushi). Oceans lap shores in hopes of reclaiming these fish.

Ginza’s seasonal omakase is not just freshly flown in from Tokyo’s prestigious Tsukiji market, nor is it dependent on exotic varieties. Having debuted here last year, Ginza offers an epic, transportive mastery, one that found our dining companion—who lives in Japan four months of the year and has eaten at some of its finest restaurants—closing his eyes upon tasting a weeklong-aged golden eye snapper and saying: “Be quiet. Gimme a second. Let me have this moment.” Ginza delivers fish the way a diamond delivers carbon: with spectacular flawlessness lush with luxury. This is fish that traps us.

Seared barracuda with barely there char ignites the mouth with smoke and wraps the tongue in umami. Monkfish liver, slow-cooked for two days in wine, sneaks into the mix, resembling a surprise slab of brawny foie gras. Bonito, usually served in an angular cut, here is a bright red, soy-kissed suprême of katsuo, the Tootsie Roll center of the fish. The fatty tuna is so marbleized that it could be mistaken for carpaccio. To preserve its natural brine, uni from Hokkaido is shipped in bags of sealed seawater (which could just as believably be pooled tears of joy). Even the rice, surprisingly brown and an elopement of two red vinegars, is transcendent.

When a bowl arrived carrying a tangle of milky tendrils, we gobbled the blob. It hits the tongue warm, oozing across the palate and then bursting into a flood of salty tang. It was cod milt—essentially fish semen. You will not have a better above-the-waist experience with semen. That cod piece had us literally licking our lips afterward.

Presiding over it all is chef Masaki Saito, who wields his knives with a sacred silence in this sushi shrine. At one point on a recent visit, he winced and sucked his index finger after slicing ginger. Aghast diners held their breath until he showed his unscathed finger and deadpanned, “I am professional.” At Ginza, understatement is an exquisite art form.