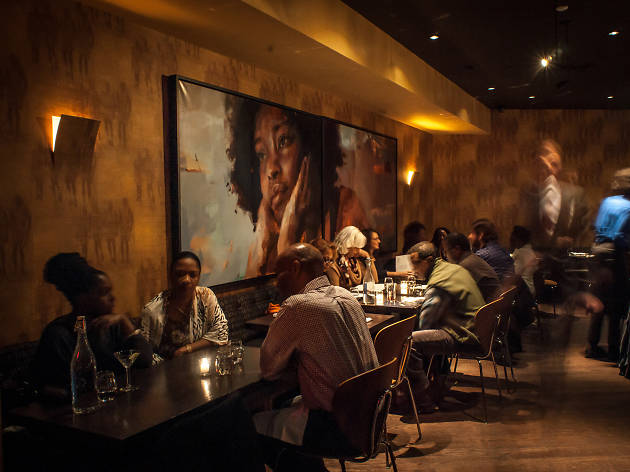 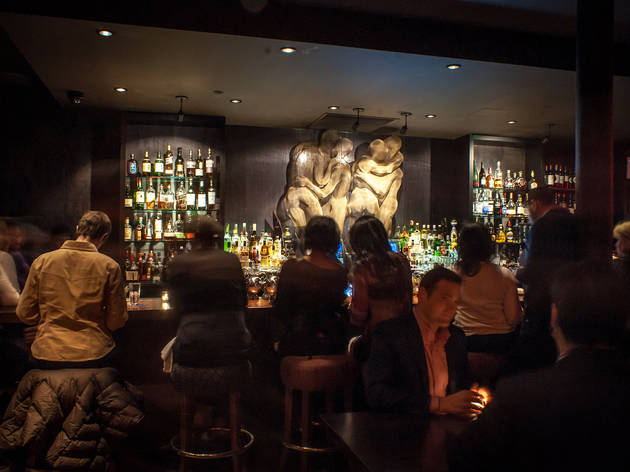 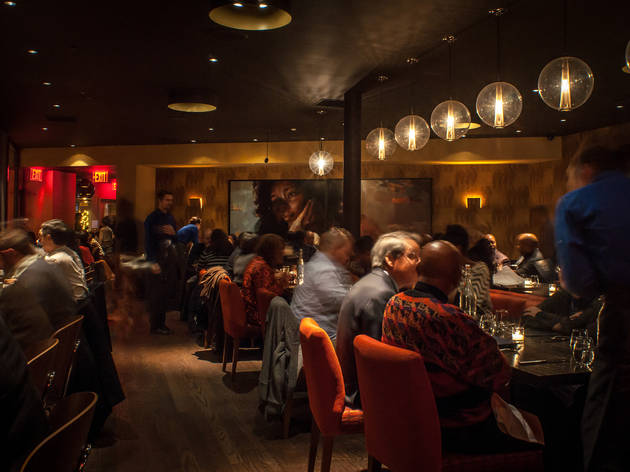 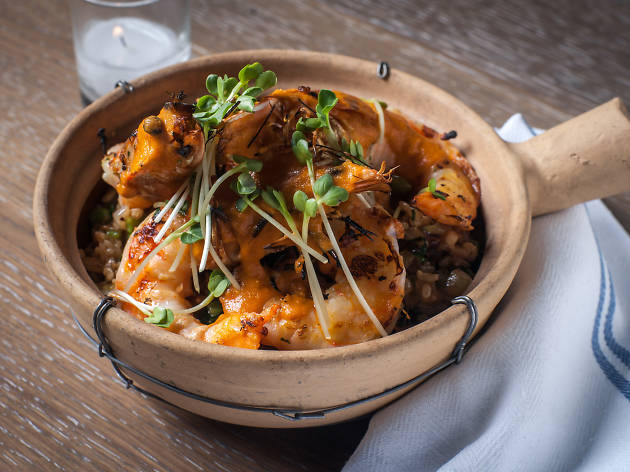 4/9
Photograph: Paul WagtouiczPrawns with piri-piri sauce at the Cecil 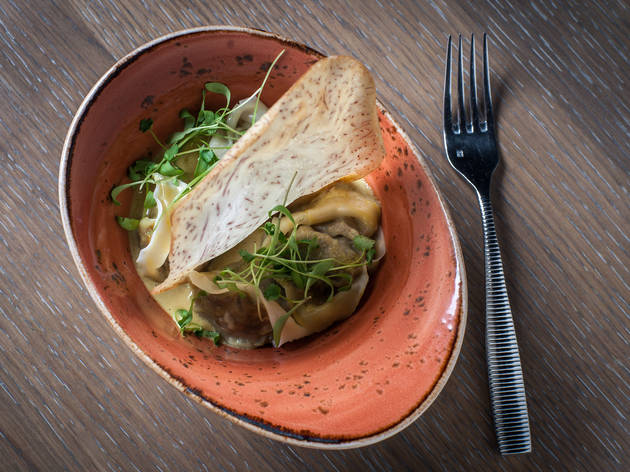 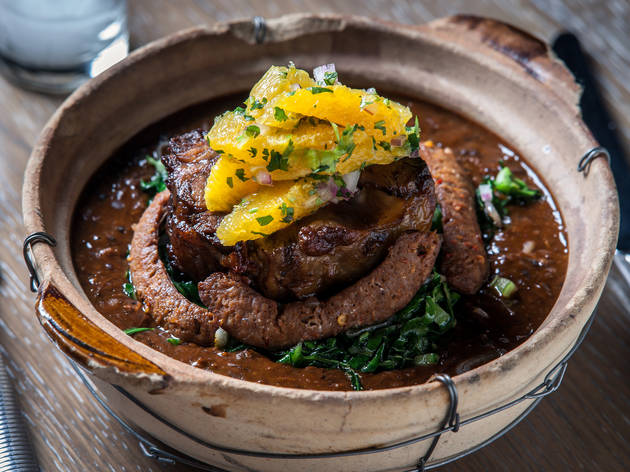 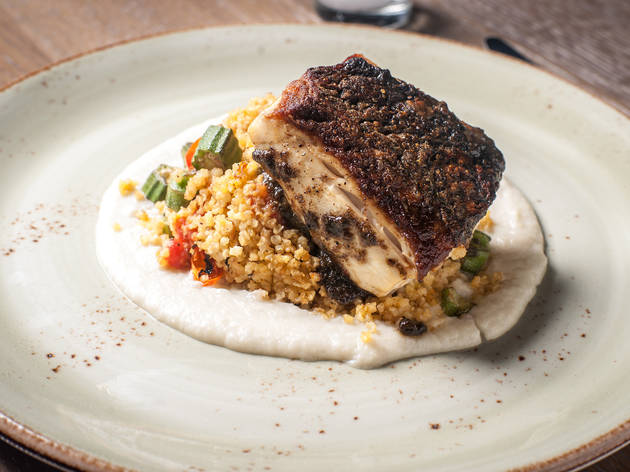 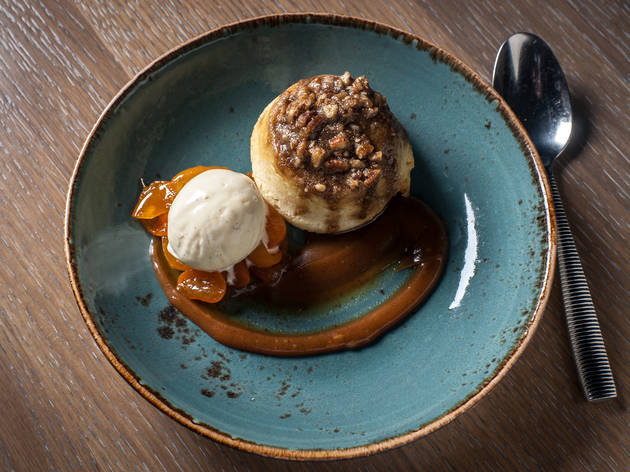 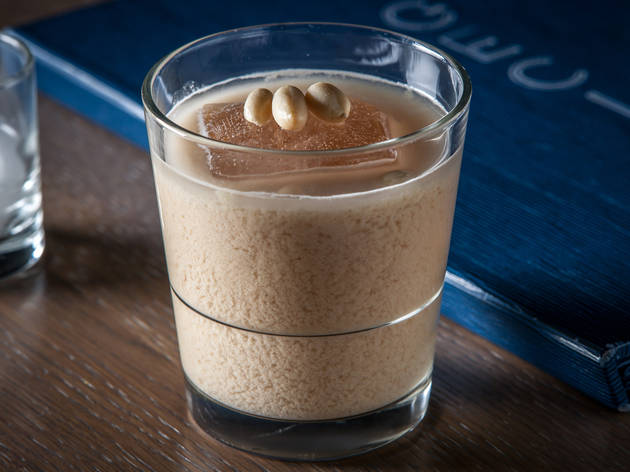 It’s a bizarre world in which Manhattanites would sooner brave the bearded frontiers of Bushwick for a meal than zip up to Harlem, but the culinary revival that’s transformed Brooklyn into a dining destination has left Harlem in its artisanal dust.

Three years ago, Marcus Samuelsson’s Red Rooster Harlem finally gave us something to cluck about. The Cecil may lack Samuelsson’s culinary star power—chef Alexander Smalls and his fat-cat partner, former Time Warner CEO Richard Parsons, are mostly unknown entities in the food world—but it should nevertheless inspire a trek uptown.

Ella Fitzgerald and Billie Holiday once crooned next door at legendary jazz club Minton’s Playhouse—also recently revamped by Parsons. But these days you’ll have to settle for single ladies purring over cocktails in the sultry front lounge. Paintings of a pensive woman and a geisha gaze at each other across the spacious dining room, where low-burning globe lamps reveal a crowd as diverse as the U.N.

The menu frightens at first glance with its cross-cultural abandon; there’s fried rice next to burgers next to gumbo, like at a mall food court. But there’s a method to this madness. Smalls is cooking from the far-flung larder of the African diaspora, charting its influence on global cuisines from Asia to the Americas.

Such geographically scattershot menus usually overreach, but the Cecil is fluent in multiple cuisines. Supple oxtail dumplings ($12) bob in an apple brightened pool of curry sauce, like agnolotti vacationing in India. Smoky wok-seared prawns doused in piquant piri-piri sauce leave you sucking sweet and spicy juices from the heads. Pick them as the topping for the choose your-own rice bowl ($25), opting for simple steamed rice instead of fried rice that’s mushy and wet.

The overcooked rice isn’t make-or-break amid flavors so vivid and varied. The Cecil may not be leading a culinary renaissance, but its globe-trotting eats are a great excuse for a dinner migration to Harlem.

Behind the bar: A daiquiri buzzing with kafir lime will keep you lingering at the front bar; and if you have a sweet tooth, so will the house-made peanut milk spiked with bourbon and chipotle-honey syrup.

Cocktail chatter: The Cecil supplies two meals a week and all holiday meals for the low-income tenants who live in the former hotel space upstairs.

Soundcheck: Loud as a big band, but not nearly as melodic.