Tom Valenti, the pioneer chef who ushered in the first major wave of dining improvements to the Upper West Side when he launched Ouest in 2001, has got his finicky audience all figured out. West Branch, his third go uptown, may be the most solid fit for the neighborhood to open in years.Sprawling and raucous with a drop-in vibe, the new spot offers good, simple food at prices even your bubbe from Boca can handle. Part bistro, part gastropub, part trattoria, the place has everyone covered, from 12-year-old critics and sauce-on-the-side Sallys to armchair Bourdains. I’d have been a regular if only it had been open when I lived in the ’hood.

The decor—a mix of upscale chain clichs with a clone-ready logo, dark wood, tarnished mirrors and wraparound booths—doesn’t do justice to the kitchen’s fine work. It’s a vast populist restaurant that just happens to be run by a perfectionist chef. Real pro Valenti prowls the dining room nightly, lurking and lingering like a new jittery dad. His hands-on neuroses are surely to thank for service that’s almost shockingly smooth given the madhouse environs (they even folded my napkin when I got up for the bathroom)—and for the food coming out fast, hot and universally tasty. Now if he’d only do something about the rush-hour bottleneck just past the front door.

To thrive in this neighborhood, the chef long ago had to sacrifice any auteur pretensions and simply give folks what they want. At Ouest that’s meant basic grilled meats and Greenmarket sides as adjuncts to the composed high-end plates. The concessions at West Branch are more far-reaching—and clearly on target judging from the endless procession of big steaks and fat burgers whisked past my table one night.

The kitchen does have a way with even the most standard fare. A steak tartare starter strikes just the right balance of fatty, silky and sharp, with mustard, raw egg and a chopped-scallion crunch. It might even top Balthazar’s version. And the fish-and-chips—a massive portion featuring a flaky, white fish fillet under a supremely crispy, gnarled golden crust—may in fact be the best in New York (it’s served with a side of malt vinegar and real thick-cut “chips”—not wimpy fries).

Though the waiters don’t seem to push them, every table ought to begin with a shared plate of melt-in-your-mouth warm cheddar gougres. Save room for the generous entres by following up with a modest half portion of sweet squash tortelli—Valenti’s riff on the traditional brown-butter-sauced pasta comes unusually (and deliciously) spiked with spicy tasso—Cajun smoked pork.

The chef may have been trying to sniff out reviewers by adding the trendy offal dish I (predictably) ordered next—grilled duck hearts and red-wine-braised gizzards with an la carte side of rich, cheesy polenta. Though the organs were certainly outstanding—the charred, skewered hearts perched atop an intense bacon-, potato- and carrot-flecked bourguignonne gravy—I could have been just as easily sussed out when I asked for his other critic’s catnip dish, duck confit choucroute. The best of all comfort-food worlds, it combines in one bowl two of my favorite bistro classics—and features superlative white-wine-soaked kraut, sliced garlicky sausage and crisp-skinned, falling-off-the-bone confit.

Though the simple desserts are solid enough, they’re not sufficient reason to leave a heart, bite of sausage or lick of choucroute behind. Still, even standards like apple pie and warm doughnuts have enough of an offbeat, upscale spin—the chunky pie comes slicked with rich dulce de leche, the doughnut is pierced with an elegant, wafer-thin apple chip—to stand out from New York’s glut of all-American sweets. And that, in essence, is what makes West Branch such a winner—though it looks and reads like every other new modest spot, scaled back for the recession, in the end its kitchen and waitstaff don’t skimp where it counts. 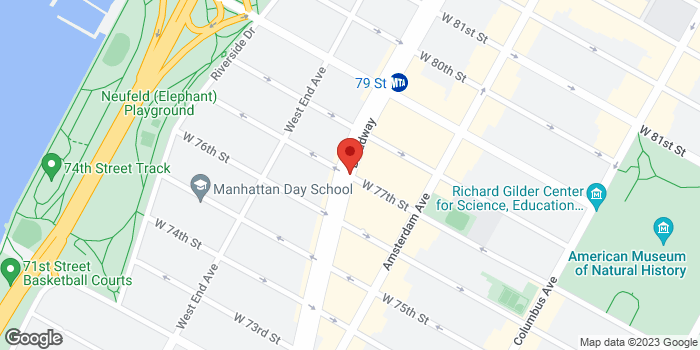