Restaurants, Russian Lower East Side
Recommended
4 out of 5 stars 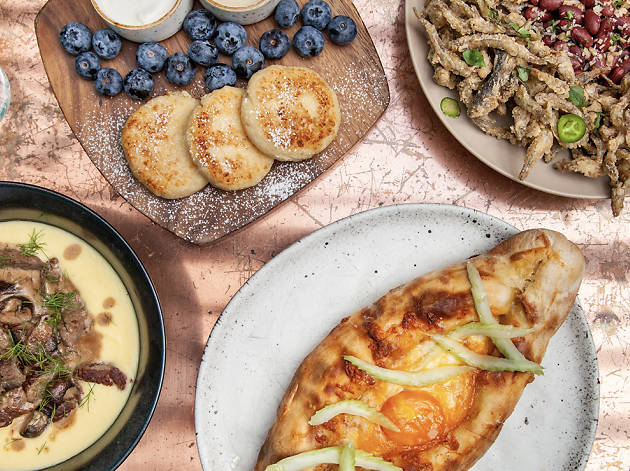 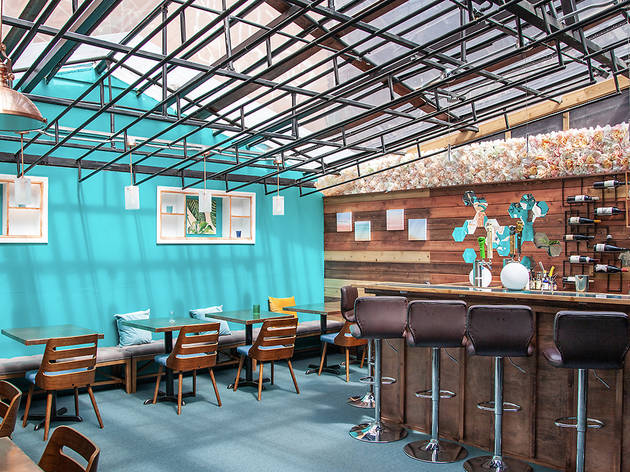 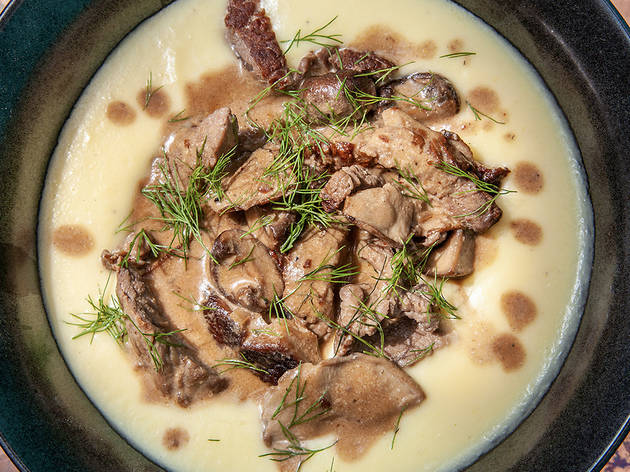 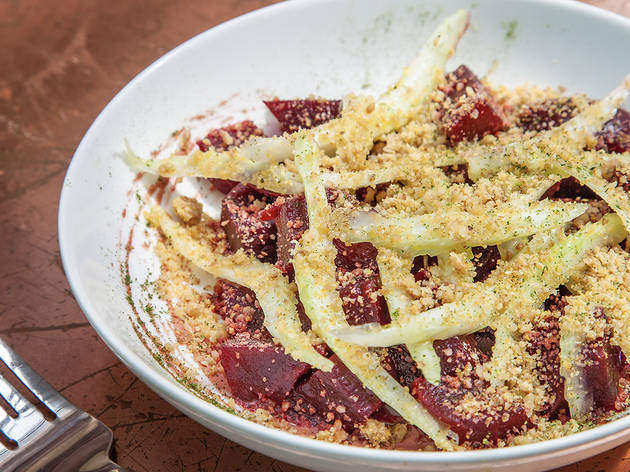 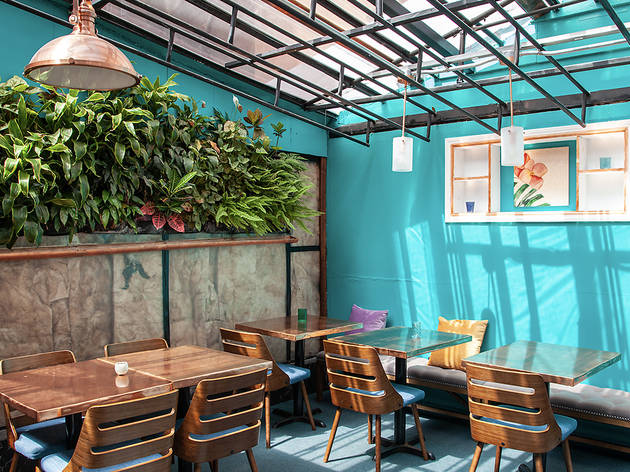 Mariia and Ricky Dolinsky opened There in October 2018 but soon realized they wanted to focus on modernizing Russian cuisine—after all, Mariia was born in Russia, and Ricky is the son of a Slovakian immigrant. By April of this year, they pivoted to Tzarevna, a new concept in the same space.

Down the corridor from the basement-level coffee bar is a small, somewhat hidden dining room with a concave, greenhouse-like glass ceiling, fake roses and stacking dolls; the interior design is perhaps a little tacky, but it’s also not beholden to the aesthetic conventions of other LES restaurants.

We began with Russian black bread ($4)—it’s not actually black, but the rye has a dark hue—served with scallion butter and crisp radishes. Borrowing from the region’s preferred ingredients while expanding upon them, a beet salad ($10) with walnut-cheese crumbles, celery and peach mousse errs on the sweeter side for a starter.

Next came the sprats ($16), a small fish in the herring family that is fried with a crackling batter and finished with lemon and a side of  beans. We snacked on them like salty chips.

The beef stroganoff ($24) is prepared with a lesser-known cut, Wagyu flat iron, which is incredibly supple and mouthwateringly rich, mixed with hearty oyster, shiitake and cremini mushrooms in soupy pomme purée, rather than a bed of noodles.

Georgian Khachapuri is a bubbling fondue pit with brined sulguni cheese and a bright yolk that gets mixed together. Tzarevna makes the dish its own with a sourdough crust that’s fermented in-house; in the crab version ($22), there’s a playful addition of adjika— a Georgian style paste made with nuts and spices, giving the delightful effect of Old Bay seasoning—paired in the dish with apple and dill.

The cheese-filled bread and other dishes are brought out by Mariia or Ricky, giving the service a personal touch, as if you were in the Dolinskys’ home.

Unlike Tatiana and the other beloved Russian supper clubs of  Brighton Beach, Tzarevna—which means “daughter of a czar”—has no vodka bottles; instead, Georgian wines are the thing here. That same fresh approach gives  a nuanced perspective on Russian cuisine, inspired by Georgian, Ukranian and Uzbeki cooking—one zakuski-style platter at a time.