1. Couples picnicking in Central Park. You do it and you're just a strange person sitting alone in the mud eating a frankfurter.

2. The walk of shame out of a doorman building. Good morning to you, too, sir…

3. When you order in Seamless and they automatically give you three sets of chopsticks. "No, it's just me, all by my lonely self. And yes, I do need that much sushi. Fuck off."

5. Summer. Everyone's relaxed, happy, maybe feeling frisky. People are wearing a little less. Unless you can get un-single pretty damn quick, you're in hell.

7. There's always the chance that the person you get set up with is a blogger/personal essayist/xoJane contributor. Get ready for your terrible attempt at oral sex to end up in their sassy dating memoir. (If your rep is truly terrible, you may end up in Time Out's Undateables section.)

8. Hearing about other people's blissed-out romantic vacations. How nice for you. I took a vacation this weekend too: from going outdoors, cooking, speaking or showering.

9. Knowing your couple friends can afford to live in a much nicer apartment, because they’re splitting the mortgage. 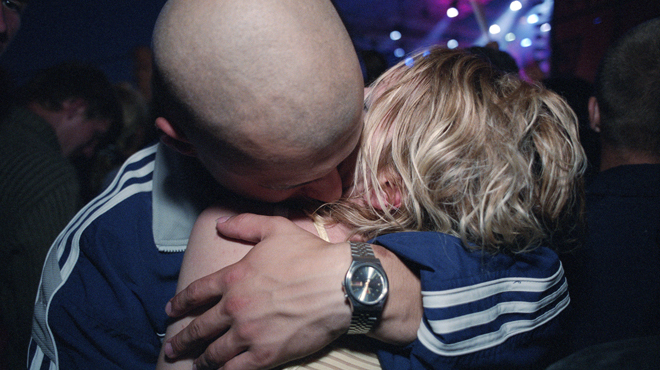 11. That vicious circle of thinking you should lose weight to improve your odds, then eating your feelings because it fucking sucks being single. Hi, is this Lucky Burger for delivery?

12. Running into people you've had bad one-night stands with around the city. Why does New York suddenly seem to shrink to a tenth its regular size when you’re trying to avoid someone?

13. Showing up at a dinner party when you are the ONLY single person there. I know those smiles are pity smiles and I hope you choke on this beautiful seafood risotto that you and your partner prepared together.

15. The omnipresent "we." Clueless couple friends no longer have identities of their own—there is no more "I," only "we." And when you get bitter and angry about it, you’re the crazy one.

16. The vomit-inducing sham of Valentine's Day. What the hell, New York? You're meant to be cooler than that.

17. Even when you’re enjoying being single, you can’t talk about it, because it sounds like you’re protesting too much.

19. Making the mistake of confusing reality for what's just going on inside your head, because you have no one around to tell you otherwise.

20. Long train rides home, alone, after a night out. Or the morning after. 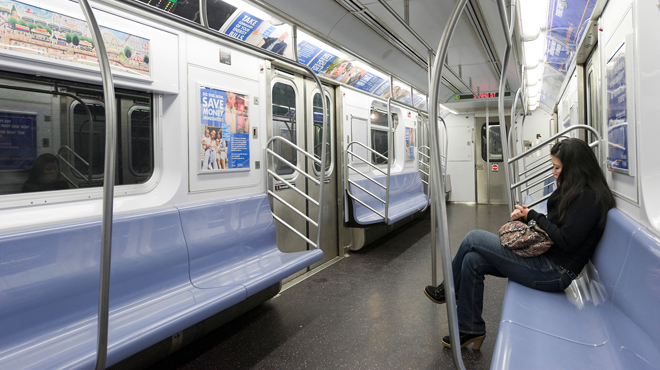 21. Trying to seem interested, but not too interested. That already describes our entire lives as New Yorkers, does it have to be a part of our dating lives, too?

22. It's like being at one long audition for a part you're not even sure you want.

24. Watching romantic comedies about dating in New York. Dating in New York is neither romantic nor comedic: It’s more like Gladiator, where every potential date is the emperor, giving you the thumbs down and feeding you to the lions.

25. Cooking for one. Not only less fun, but God, groceries are expensive in Manhattan.

26. Anyone who lives more than ten stops away on the subway might as well live in Narnia.

27. Shopping alone at the couple central that is Bed Bath & Beyond. Why yes, I am buying SodaStream canister replacements in bulk, and I will drink it all by myself, thanks.

28. There’s no one to save you if a murderer climbs up your fire escape.

29. Dates who seem normal, then introduce you to their three blind/deaf/dumb/incontinent cats.

30. The takeout delivery person noticing the frequency of your orders (and no one else in your apartment), and thinking you must be attracted to them. 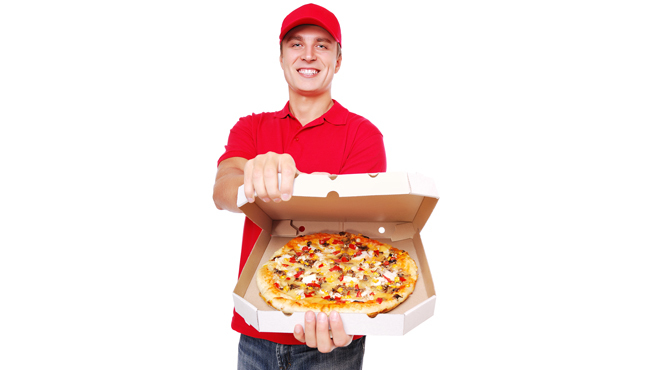 31. Having no one to pay your cabdriver when you inevitably (and drunkenly) lose your ATM card.

32. Absolutely NOBODY believes you when you say you actually prefer being on your own.

33. One word: Tinder. Anyone that's spent more than five minutes on this app knows that it was most likely designed by extraterrestrials to break the spirit of the human race in advance of an oncoming invasion.