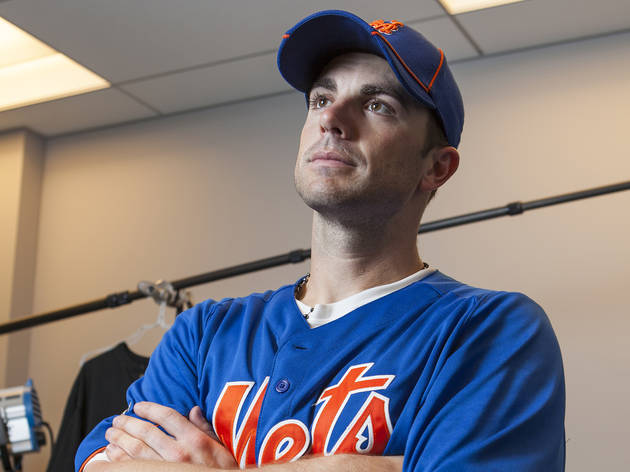 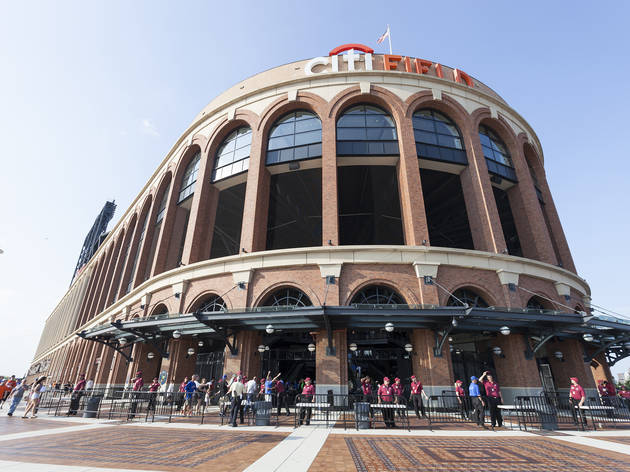 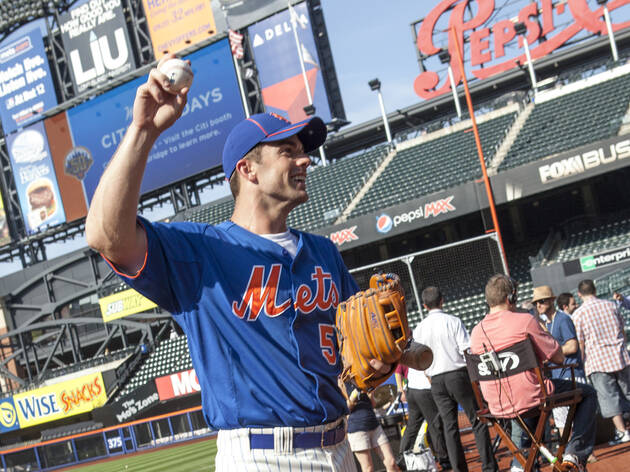 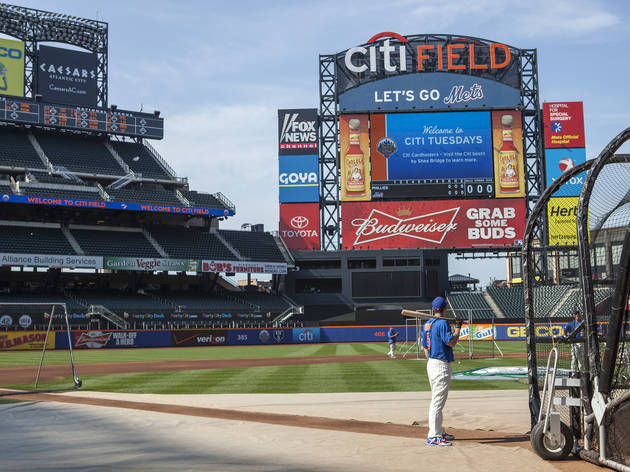 In the fall of 1957, New York City’s baseball fans suffered the departures of their beloved Giants and Brooklyn Dodgers for the West Coast. But then the Metropolitans came along in 1962, providing an alternative to the New York Yankees juggernaut. This summer marks the Mets’ golden birthday, and to celebrate, the organization will announce the roster of its all-time team on Sunday 17 at the 92nd Street Y’s program The 50th Anniversary of the Mets. Legendary figures—such as Hall of Fame pitcher Tom Seaver, first baseman and current broadcast analyst Keith Hernandez, and SNY play-by-play announcer Gary Cohen—will be on hand to anoint athletes from the inaugural ’62 squad to current players, as well as members of both the 1969 and 1986 World Series–winning teams.

One player expected to be called up at the event is current third baseman David Wright. The Mets selected the Norfolk, Virginia, native and lifelong Amazin’s fan with a first-round pick in the 2001 draft. Now, at 29, Wright is the organization’s all-time leader in run production (nearly 760 RBIs as of press time), and is in the midst of a career year—he’s been atop the league leaderboards in batting average, on-base percentage and RBIs since opening day. Though he couldn’t disclose whether he’ll appear at the event, Wright did take time in between batting practice and a Tuesday evening game against the Phillies to talk about the ups and downs of being a high-profile athlete in New York, his favorite Broadway shows and his go-to after-hours sushi spot.

When you first came to the majors in 2004, what did you expect the atmosphere in New York to be like?
I was 21. The only time I’d been in New York before being called up [from the minors] was to sign my contract out of high school, so I didn’t really know what to expect. You always hear about the electricity and the energy this city has, but to experience it firsthand the way I did, I think there was nothing you could do to prepare yourself.

Was there a particular sight or event that blew you away?
I tried to spend as much time here during the winter as I could. [New York] can be somewhat of a culture shock, so I tried to soak it in and enjoy as much as I could, and kind of dive headfirst into New York culturally. Going to my first Broadway [show] and then the Christmas Spectacular at Radio City, concerts at the Garden and other sporting events. On any given night, there’s so much to do in this city.

What were some of the first shows you attended here?
Jersey Boys was one of the first. I enjoyed that. Concerts, I’ve seen Dave Matthews, Rascal Flatts…just recently we went to Darius Rucker and Lady Antebellum at Radio City. I love all different types of music and genres.

Do you remember when people first viewed you as a big deal?
I think the first few times you’re recognized, it’s shocking. Seeing kids wear your jersey and T-shirts with your name on it is still very cool. That’s the ultimate compliment.

In 2006, the Mets made it to the postseason for the first time since 2000. What was the experience like for you?
[I have] tons of memories from Little League on Saturday morning, and the next best [are from] playoff baseball in 2006. Running out on the field for the first time, you looked up at old Shea Stadium, and you literally saw the upper deck shaking from people jumping up and down and chanting. That’s probably the greatest thrill I’ve had on a baseball field.

Athletes often talk about being kings of the city when their team is doing well. Is that how it feels during a hot streak?
This city is a baseball city. Fans get so into it. They know what you’re batting, they know who’s pitching tonight. You walk down the street, and people are talking about specific games and specific plays. The fans are just so knowledgeable about what’s going on [in] real time. I get a hit today, and tomorrow, somebody walking out in the street will congratulate me on the hit.

Have you had a particularly memorable encounter with a fan?
Well, there are millions of hitting coaches out there. You have a bad game or go through a bad stretch, and walking down the street, you’ve got dozens of different [opinions]. I always get a kick out of it and smile, because that’s how passionate the fans are about the game. They watch the games so intently that they think they know your swing, and a lot of them probably do. They wanna be the person that breaks you out of that little slump.

Where do you go when you don’t want to be scrutinized?
I’m always looking to go out and find a new restaurant that I like or a cool place just to relax a little bit. I’m somewhat of a private person, so I’m not much of a guy that goes out and has real late nights, but I’m always on the lookout for a place to hang out and take a deep breath.

Any particular restaurant you’ve been impressed with lately?
I love sushi, and there’s a place over on First Avenue, Sushi Seki (1143 First Ave between 62nd and 63rd Sts, 212-371-0238), that works for our schedule because it’s open late. So if we have a late game, we’ll go in there.