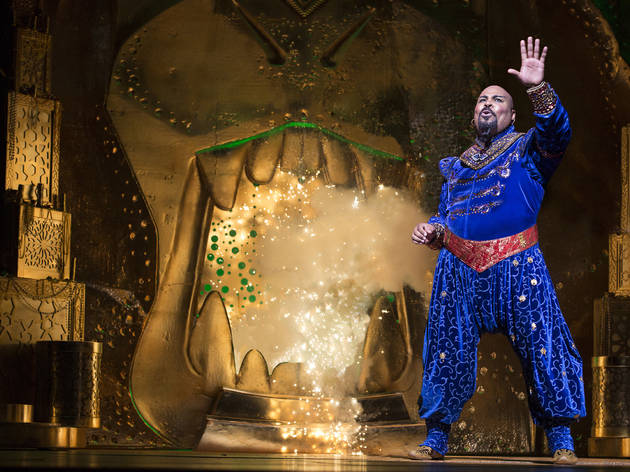 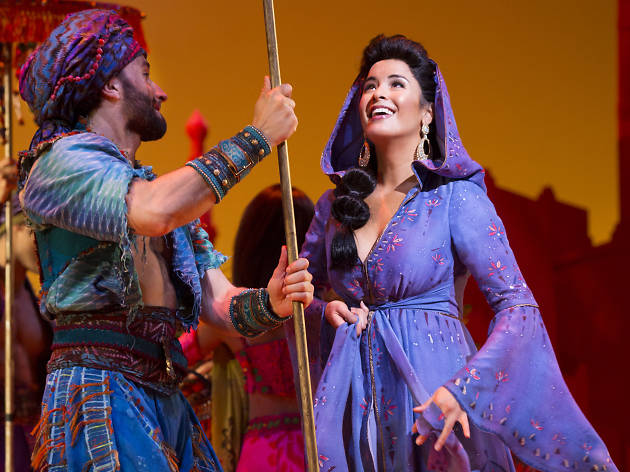 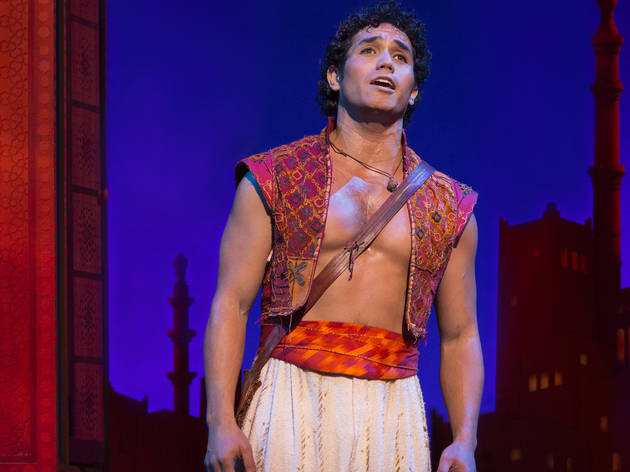 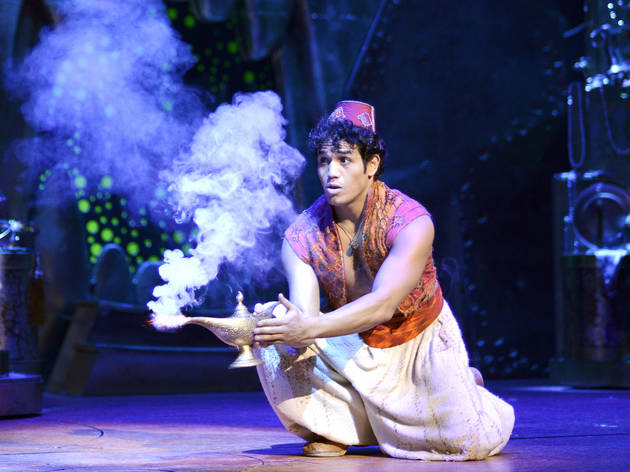 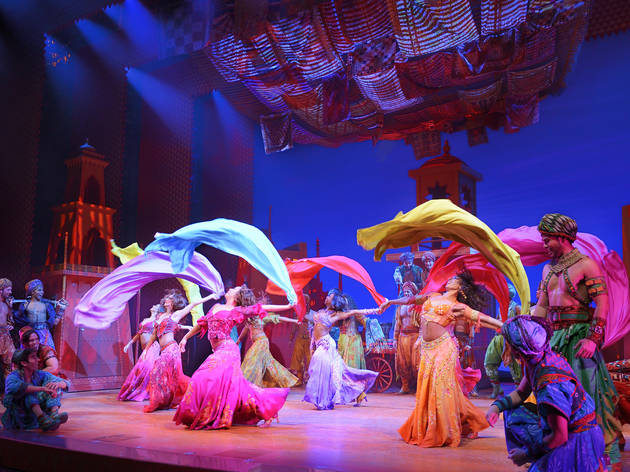 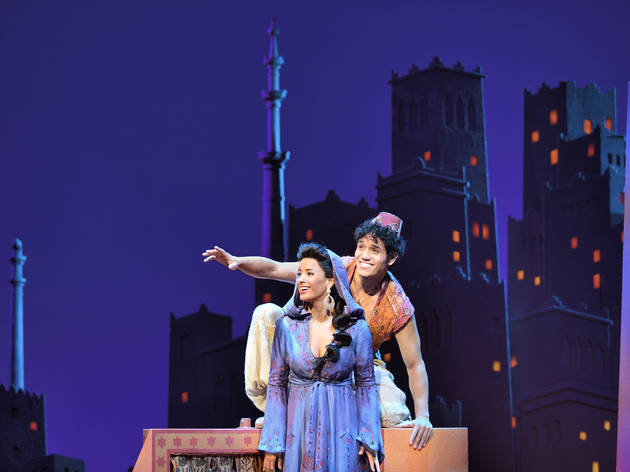 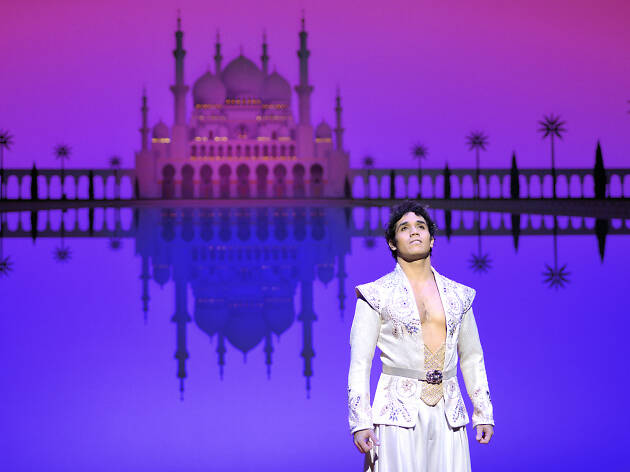 What do we wish for in a Disney musical? It is unrealistic to expect aesthetic triumph on par with The Lion King, but neither need we settle for blobs of empty action like Tarzan or The Little Mermaid. The latest in the toon-tuner line, Aladdin, falls between those poles; nearer in style (though inferior in stakes) to Disney’s first effort, Beauty and the Beast, the show is a tricked-out, tourist-family-friendly theme-park attraction, decorated this time in the billowing fabrics of orientalist Arabian fantasy. “It’s barbaric, but hey, it’s home,” sings the genial Genie (a game, charismatic Iglehart) in the opening song, and that’s the tone of Aladdin as a whole: kid-Oriented.

As in the 1992 film, the Genie steals the show from its eponymous “street rat” hero (Jacobs, white teeth and tan chest agleam). The musical’s high point is the hard-sell “Friend Like Me,” in which the fourth-wall-breaking spirit summons wave upon wave of razzle-dazzle to demonstrate the scope of his power. (The number matches the rococo cornucopia of the New Amsterdam Theatre.) Granted three wishes for freeing the Genie from a lamp, Aladdin uses the first to become the extravagant Prince Ali, a potentate worthy of the Sultan’s spunky daughter, Jasmine (Reed); later he takes her for a ride on a flying carpet that more closely resembles a flying Craftmatic adjustable bed.

Aside from the tonic of Iglehart’s djinn, however, Aladdin is short on magic. Director Casey Nicholaw fills the stage with activity, and Jonathan Freeman and Don Darryl Rivera offer ripe turns as a villainous vizier and his squawking sidekick. But the plotting drifts into weightless silliness, with a surfeit of generic padding and glitz. There’s the rub: The musical is called Aladdin, but seems content to be Prince Ali.

THE BOTTOM LINE A carpet with colorful patterns but little texture.