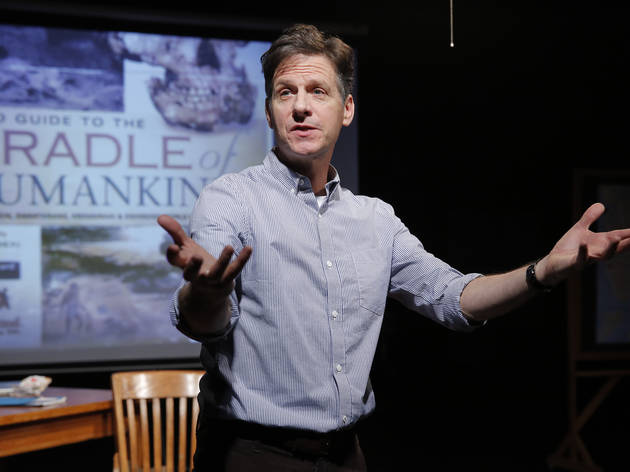 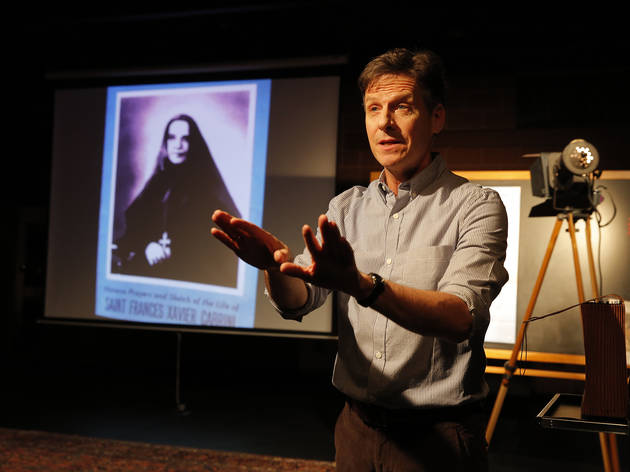 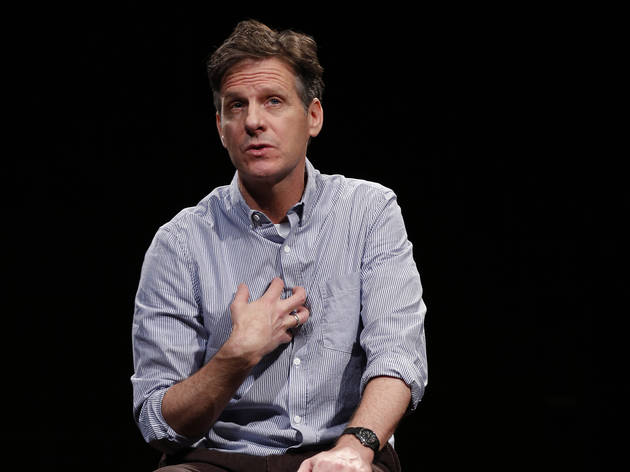 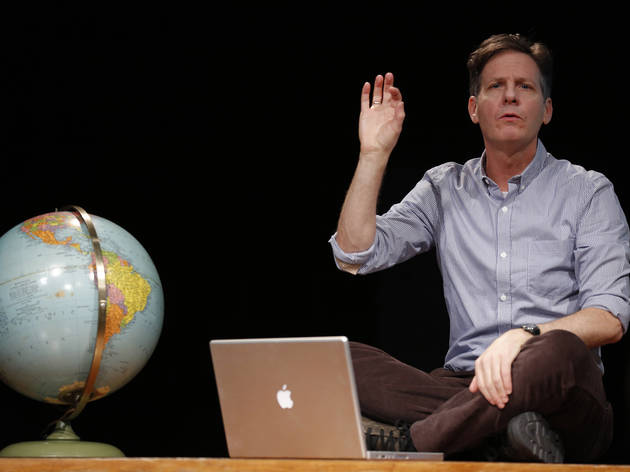 [Note: This is a review of the 2013 production of All the Rage at the Peter Jay Sharp Theater. The play returns in 2019 for an encore run at the Barrow Group Theatre.]

Anger is relatively easy for most actors to play: It’s up-front and immediate, and exciting to watch. In his new solo show, All the Rage, Martin Moran assumes the harder task of examining his lack of fury. “To be truly free, honey, you’ve got to get in touch with your anger,” his mother once advised him—explaining the punching bag she’d hung in the garage post-divorce—and Moran has plenty to fume about: His 2004 monologue, The Tricky Part, dealt with sexual abuse he suffered as a confused Catholic teenager. But The Tricky Part was compelling precisely because of its ambivalence about that experience; in All the Rage, Moran explains away the mystery of his equanimity in an extended not-mad scene.

As befits an actor who starred in his high-school production of Godspell, Moran offers a gentle, good-natured message of sympathetic understanding that boils down to Jesus’ plea from the cross in Luke (“Father, forgive them, for they know not what they do”). His story includes trips to Las Vegas (for his dad's funeral) and South Africa (where he reflects on the implications of Pangaea), plus a description of his volunteer work as a translator for a Chadian torture survivor. Directed by Seth Barrish with plenty of homey touches, including a blackboard that becomes a collage of mementos, the show is not so much in touch with anger as in touchy-feel with it; Moran is light-footed and engaging onstage, but his writing has a homiletic and mildly self-congratulatory air. “Nice is okay,” Moran says, describing the vicarious thrill of seeing a woman scream at a Humvee on the Upper West Side. “But let’s admit it: Anger is awesome.” All the Rage, let’s admit it, is nice.