It’s late morning at Dirty French on the Lower East Side, and none of the guests lingering over decadent brunches seem aware that there’s a guy in their presence who’s been spending his nights torturing people. Making my way to the back patio, I find him: actor Benjamin Walker, who plays the demented protagonist in the hotly anticipated musical adaptation of Bret Easton Ellis’s classic tale of ’80s greed and bodily dismemberment, American Psycho.

Walker has the square-jawed good looks needed to portray Patrick Bateman, Psycho’s amoral, antisocial antihero. He also seems to share the same startlingly attentive eye for detail as his suave Wall Street sociopathic alter ego—only he uses it for good. (Bateman, on the other hand, IDs every piece of designer clothing worn by his frenemies and victims.) “Are you getting over a cold?” Walker inquires by way of introduction, catching me trying to discreetly pocket a Kleenex as I walk in. (I am.) “What kind of dog do you have?” he continues, eyeing the couple of stray hairs on my shirt that I had missed with the lint roller on my way out the door. (They’re cats, but close enough.)

Fortunately, he doesn’t seem to share any of Patrick’s homicidally intense hang-ups over status. Although he’s officially a leading man now, after playing the titular president in the movie Abraham Lincoln: Vampire Hunter and in the Broadway musical Bloody Bloody Andrew Jackson, not to mention the starring role in the new Nicholas Sparks adaptation, The Choice, he’s not quick to forget his days living at the YMCA during his time at Juilliard. “It was not pleasant,” Walker says of trying to catch a break in NYC as a college kid. “If you want to move here and break into showbiz, there is a toughening up that has to happen. But also, [when] moving here to do anything, there’s a level of desensitizing that takes place. Our homelessness problem is horrifying, but people that live in New York get immune to it. That kind of dehumanization of people around you is dangerous, and if it comes naturally to you, like it comes to Patrick, you’re kind of on your way to psychodom.”

Still, for such a nice guy, the 33-year-old Georgia native doesn’t seem to have much trouble getting inside the serial-killer headspace. “I think there’s a little Bateman in all of us,” he explains. “I don’t think Patrick thinks he’s crazy. I think he thinks everyone else is crazy, and that I can relate to. Everyone has [homicidal] fantasies when stuck in traffic. Patrick just takes it a bit too far. But everyone has that in them.”

Though he’d never run after someone with a chainsaw (a Bateman classic), Walker gets the frustrations that comes with New York life. He was priced out of the Upper West Side and Park Slope, Brooklyn, before the career break that’s allowed him to relocate from Sunset Park to a more luxe part of Kings County. “I’ve gone from couch hopping and burning up friendships because I stay too long to having a home with my wife in Williamsburg,” he says. “So I’ve kind of experienced all of it.”

“I doubt Patrick votes, but I think he would definitely contribute to Trump’s campaign.” 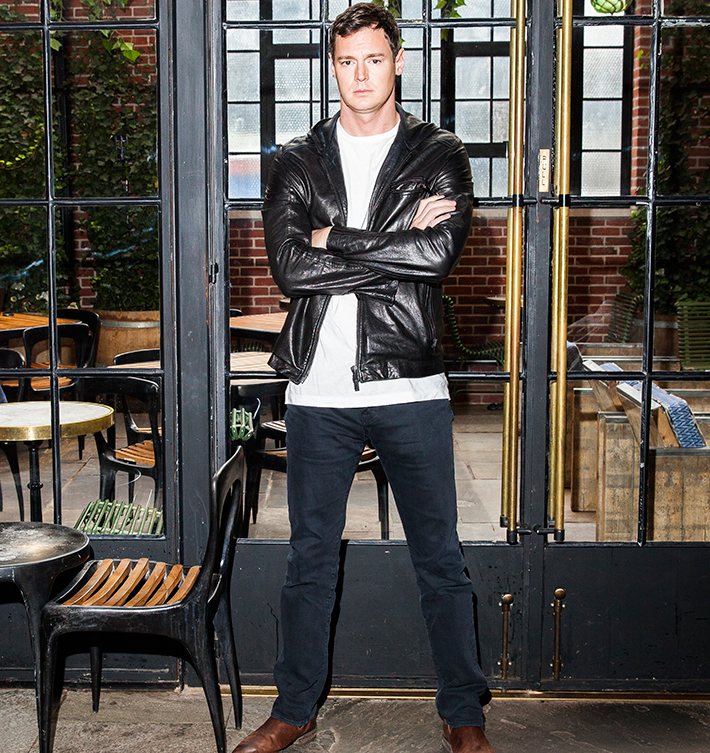 He’s also seen the way that the city’s adapted itself to the Patrick Bateman types whose grip on Manhattan is as absolute as it was when Ellis wrote American Psycho more than 25 years ago. “To live here, you have to be able to afford it, so you’re already kind of in the predator class,” says Walker. “Go to the Meatpacking District on any night,” he says, noting he spent evenings at the high-end club Le Bain to research the role. “Two thousand dollars for bottle service? That’s most people’s rent. And that is ever present in New York society.”

It’s not just in this city. As the perennial popularity of dressing as a plastic-poncho-clad, blood-spattered Patrick—à la Christian Bale’s iconic interpretation in the 2000 film adaptation—for Halloween attests, a lot of people genuinely, if perversely, kind of admire him. “There’s something cathartic about seeing someone who says exactly what he thinks,” muses Walker, “even if it’s politically incorrect. Especially if he ties it to this twisted sense of justice.” Speaking of political incorrectness, I ask how Bateman would view Donald Trump’s presidential run. “Patrick would vote for him,” says Walker with confidence. “Or be in his cabinet. I doubt Patrick votes, but I think he would definitely contribute to Trump’s campaign.”

Then there’s the whole issue of presenting the gruesome violence Ellis built into his novel in a musical format. “You can’t unread and unsee things in your mind,” shudders Walker. “The PVC pipe,” he says, referencing a grisly passage. “Oh, my God.” Walker says director Rupert Goold—who previously directed Patrick Stewart in Macbeth—is “incredibly inventive” when it comes to using the power of suggestion to imply the acts of violence the book lays out in gleeful detail. “There’s something chilling about not knowing exactly what happened but seeing blood on his collar.”

The show also benefits from a soundtrack by Duncan Sheik—who’s made a successful late-career transition from conventional pop stardom to writing musicals (including 2006’s Spring Awakening, which won him two Tonys and a Grammy)—that is interspersed with Bateman-beloved cuts by the likes of Phil Collins–era Genesis and Whitney Houston. “I’ve never heard this kind of music on Broadway,” says Walker. “It’s like stepping into an ’80s nightclub where you’re gonna have a good time and probably make some mistakes. At the same time, it illuminates what’s happening inside Patrick.”

We’ve all become kind of Bateman-like with our listening habits, Walker points out. “You look around the city, and so many people in public, jammed on the train, have their headphones on. They exist in their own tiny little bubble, and that’s certainly how Patrick gets through life. He’s living his own movie, and he creates a soundtrack to that existence in a lot of ways that we all do.”

And while most of us don’t cap off a listening session by hacking apart a coworker, Walker has to give the killer some props: “Patrick’s soundtrack’s got some great records in it.” 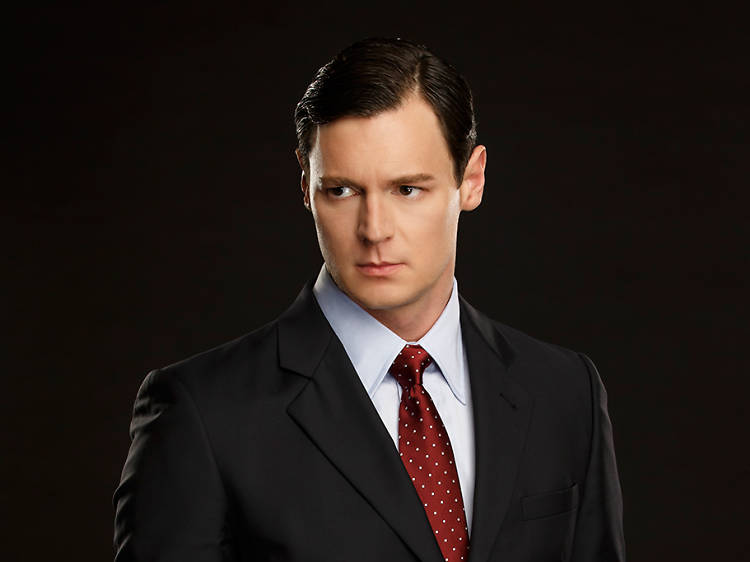 Bloody Bloody Andrew Jackson sexypants Benjamin Walker comes back to the Great White Way to spill even more of the red stuff as brand-conscious serial killer Patrick Bateman in this musical adaptation of Bret Easton Ellis’s brutal 2000 novel. Music and lyrics are by Spring Awakening composer Duncan Sheik, and the book is by Marvel Comics and Glee writer Roberto Aguirre-Sacas.