The Scottish actor kicks off a marathon of the Bard’s political plays at BAM, starring as Richard II

David Tennant is best known for his television roles—he currently stars in the popular British detective show Broadchurch, he played the Tenth Doctor in Doctor Who, and was the supervillain Kilgrave in Netflix’s Jessica Jones (one of the best TV shows of 2015). But on March 24, Tennant makes his New York stage debut as Shakespeare’s Richard II at the Brooklyn Academy of Music. The play is the first in a series of four: Henry IV Part 1 and Part 2 follow Richard II, with Henry V concluding the set. We caught up Tennant about the show.

What about the role of Richard II drew you in?
I was just fascinated by this capricious and quite likeable character who by the end you feel such great empathy and sympathy for. He’s far from a heroic king, yet he achieves this kind of heroic status by the end through the power of his rhetoric and his wit. I suppose there are more famous kings in Shakespeare’s plays, but Richard II had always particularly appealed to me. He’s a bit unknowable and surprising.

Do you miss Shakespeare when you’re busy with your television roles? Do you make an effort to return to it?
I do relish the opportunity to. The writing’s just really good. What you’re always chasing is that script that you have to work to be worthy of, rather than a script that arrives and you think, Right, how am I going to say that word to sound like something a human being would actually say? Rather than find a way of making these words bend to my will, I have to bend to the will of these words. It’s quite difficult. There are 400 years between us and these words; they don’t necessarily instantly connect. There’s a process of translation that you have to do, both literally and emotionally. But there’s a point hopefully, as you’re rehearsing, where it shifts from the words driving you to you’re in charge of them. And there’s something joyous about that, because of course they’re the most brilliant words and they can fly in so many different unexpected directions. To have that vocabulary and that poetry at your command is wonderfully invigorating. They become kind of the Olympic events for actors—you can always set yourself against what’s gone before you. And, well, that starts out as a thrill and then becomes a terrible pressure and an intimidation.

How do you think this play sets the stage for the three shows that follow it in this series?
Because I’m only doing Richard, who opens the cycle, I’ve allowed myself not to care. Objectively, I’m very chuffed to be part of that experience. But subjectively, from Richard’s point of view, he’s gone, he’s out of it. Any influence he has on what comes after is not because of anything that he will do. Having said that, you do get a chill when you know as a character you’re setting something up that will have terrible repercussions down the road. So it’s a fantastic opportunity to see these plays in sequence and to wonder whether Shakespeare imagined them being played like this, whether of all those echoes, which are accidental and which are a genius at work. It’s a brilliant journey to go on as an audience member. 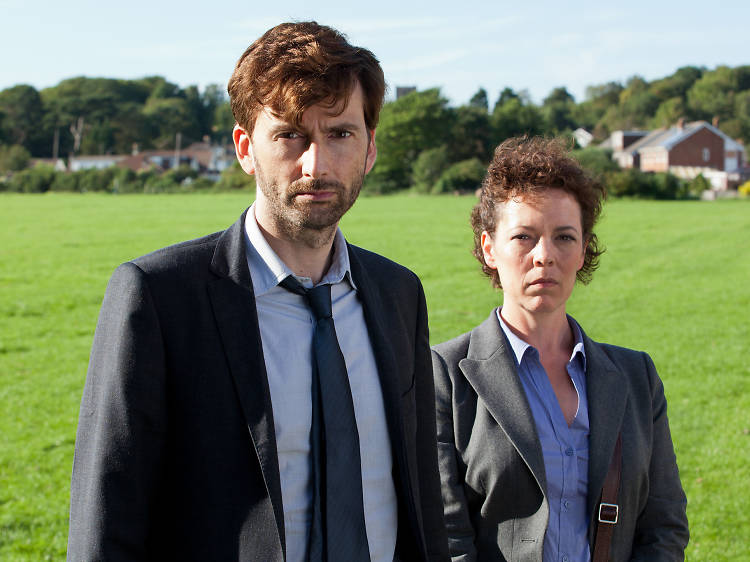 Have you been onstage in New York City before?
Never have. It’s very exciting.

Do you think the play will change at all for the Brooklyn stage and audience?
I think we’re looking to present the productions as they’ve been conceived. But then, of course, the very presence of an audience changes things. The audience is the final cast member. That’s part of what’s great about theater—the story’s never told quite the same two nights running. I’m sure the same holds true for continents.

This play is being staged during a time of political battle and fracture here, with the presidential primaries going on. Do you see any connection between that situation and these plays?
I think these plays live on because that they have something to tell us about the way that we as human beings continue to get things wrong and continue to fail to govern ourselves effectively, and continue to allow vanity to get in the way of what should be a selfless act: the act of governance. All those themes become ever more tasty in any moment of political upheaval. I think Richard II and indeed all the plays in this cycle have lots to tell us about the frailty of our leaders, and I think that will have wonderful resonances to unpack as America considers who your next leader will be.

What do you think is the significance of timing this series to coincide with the 400th anniversary of Shakespeare’s death?
Shakespeare writes so richly and so accurately about being human that whenever you mount one of his plays, it seems to be relevant to now. You hear lines that you’ve never heard before. That’s the genius of them. That’s why we keep going back. They sing out at us, they reverberate with wherever we’re at as a society and as individuals. Obviously with it being the 400th anniversary of Shakespeare’s death, you want to find ways of presenting his work that are particularly epic and special. I think presenting these four plays in sequence is that. You get to see the sweep of his genius. You get to see the extraordinary characters he creates, these individuals that are so recognizable even though they’re kings and knights and queens and in many ways quite remote from our modern domestic existences. They all seem absolutely human and they all seem to be us.

What are you up to after this? Anything you can tell us about Broadchurch?
As soon as I’ve done Richard II, I’ll be starting Broadchurch Season 3, which is about all I can tell you. I know nothing! I have no script. It’s always been the way we’ve made Broadchurch—the actors have been kept relatively in the dark. When you play a policeman who’s investigating a crime, it’s quite useful to have the information fed to you one episode at a time so you’re not playing the ending. I’m presuming it’s about a crime and that I’ll be investigating it, but to be honest I don’t actually know. It means I have to stop pretending or obfuscating with people like yourself. It’s easier not just to be proclaiming ignorance but actually be dwelling in ignorance. 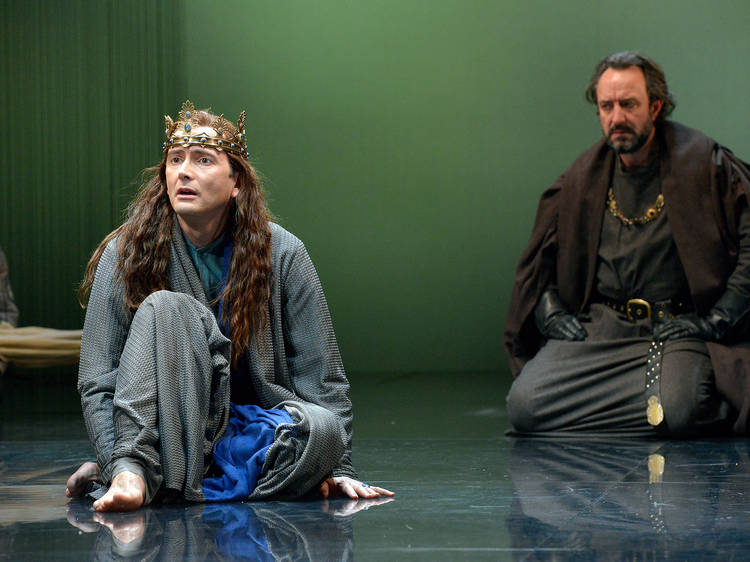 The Royal Shakespeare Copmany marks the 400th anniversary of the Bard's death with a world tour of the four history plays that make up the so-called Henriad: Richard II, Henry IV, Parts I and II and Henry V. Gregory Doran directs them in rep, with a cast that includes David Tennant as Richard II, Antony Sher as Falstaff and Alex Hassell as Hal.