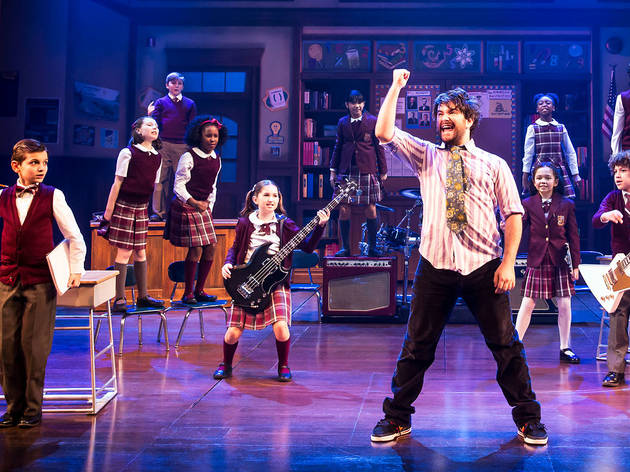 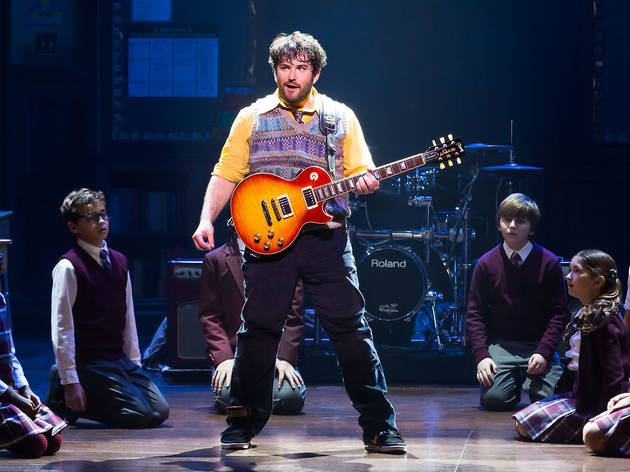 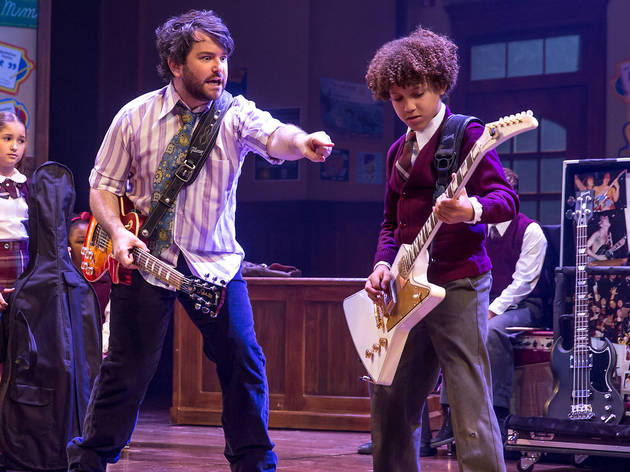 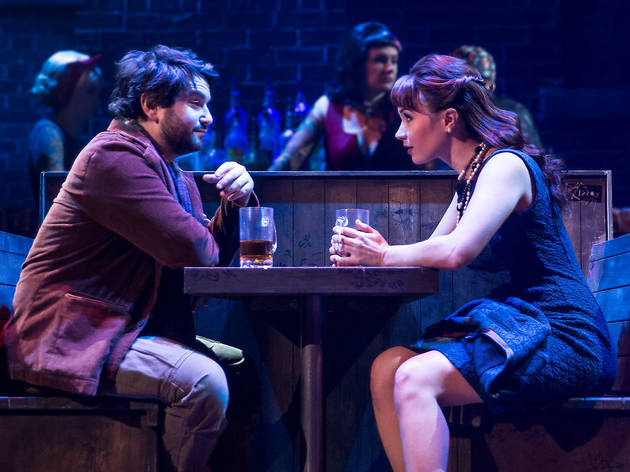 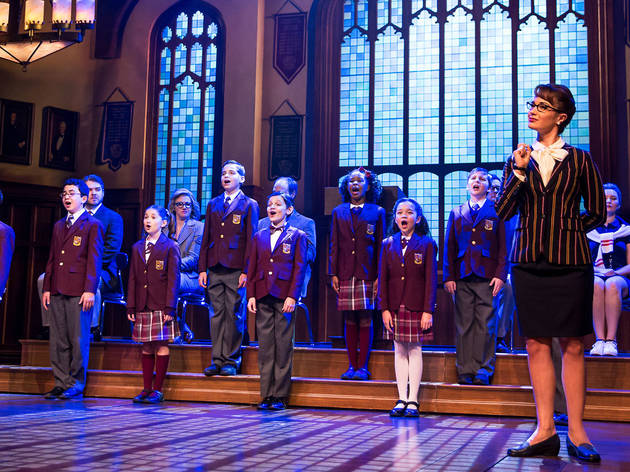 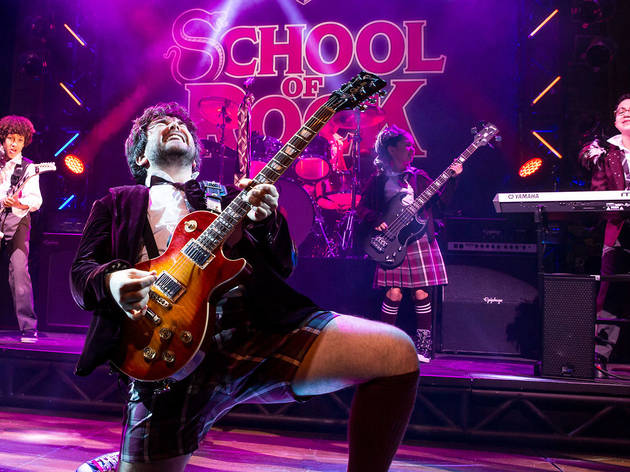 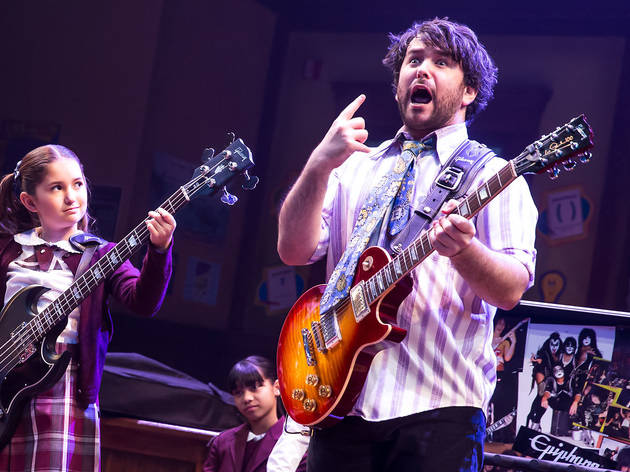 Ever see the pitch-perfect 2003 Jack Black comedy School of Rock? Then you know what to expect from the musical version: fake substitute teacher Dewey Finn frenetically inspiring his charges to release their inner Jimi Hendrix; uptight preppy tweens learning classic riffs; and the band’s pivotal, make-or-break gig, with their overbearing parents watching in horror. We expect cute kids in uniform, a spastic Dewey and face-melting riffs—along with heart-tugging family stuff. It worked for the movie, and wow, does it work on Broadway, a double jolt of adrenaline and sugar to inspire the most helicoptered of tots to play hooky and go shred an ax. For those about to love School of Rock: We salute you.

What a relief to see that an unlikely creative team—Downton Abbey creator Julian Fellowes, veteran composer Andrew Lloyd Webber and lyricist Glenn Slater (Leap of Faith)—successfully execute such a smart transfer of film to stage. This is one tight, well-built show: underscoring the emotional arcs (Dewey as both surrogate kid and parent; the students’ yearning to be heard); gently juicing the romantic subplot between Dewey and buttoned-up school principal Rosalie Mullins (sweetly starchy Sierra Boggess); and knowing when to get out of the way and let the kids jam. School of Rock has absorbed the diverse lessons of Rent, Spring Awakening and Matilda and passes them on to a new generation.

You’d have to have zero sense of humor about pop to not enjoy Webber’s jaunty pastiche score, which sneaks elegant melodies in among the boilerplate stadium stompers. He even gets Boggess to trill the famous high Cs from The Magic Flute’s “Queen of the Night Aria” to class up the joint. In general, the mostly English team pulls off the American humor and snark but also sharpens the desire to rebel against hidebound institutions (no surprise that the Brits get private—er, public—school misery). The parents are drawn in broad but confident strokes, from the corporate dad glued to his smartphone to the gay fathers pressuring their adopted princess to succeed.

But the secret weapon and glue holding it all together is an insanely winning, supernova turn by Alex Brightman as Dewey. Zooming beyond Black’s unavoidable manic bluster to something tender and vulunerable, Brightman is a frenzied Pied Piper who turns out to need the kids’ approval more than they need his. And the younger performers don’t disappoint: Brandon Niederauer as rhythm-guitar prodigy Zack, Evie Dolan as bassist Katie, Bobbi MacKenzie as solo belter Tomika and adorkable Jared Parker as keyboard wizard Lawrence. All have a bright future. School’s in—forever.—David Cote