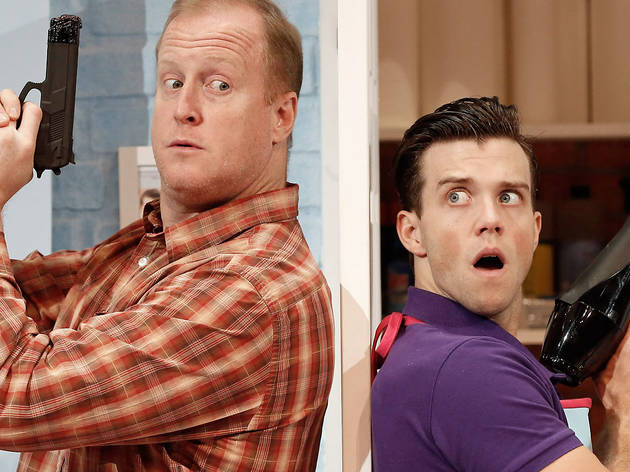 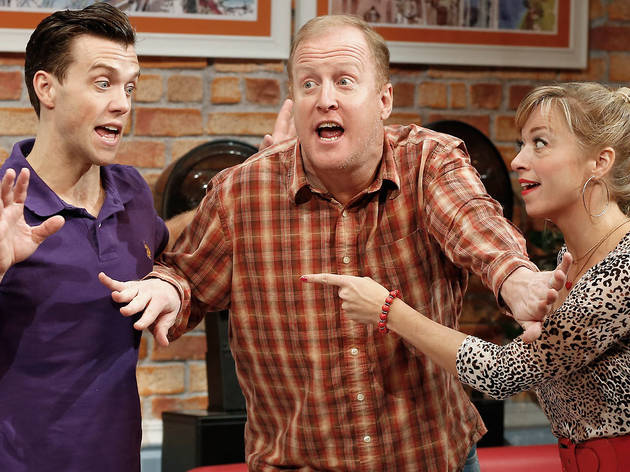 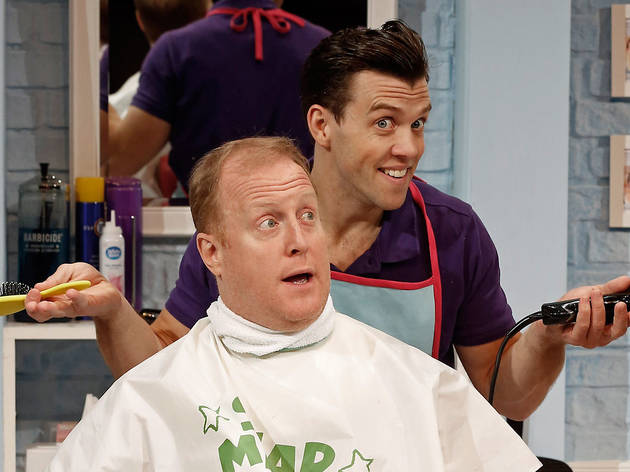 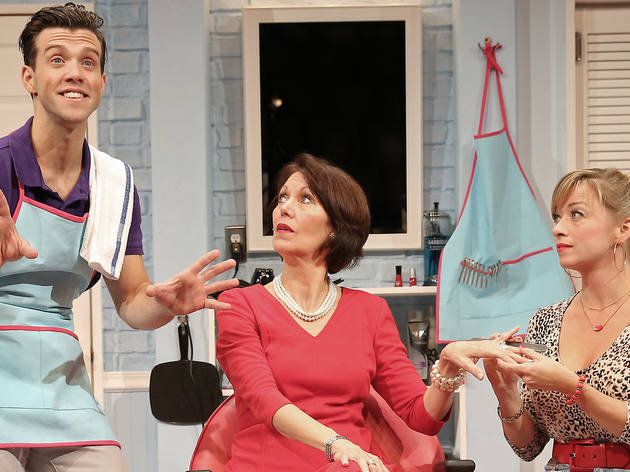 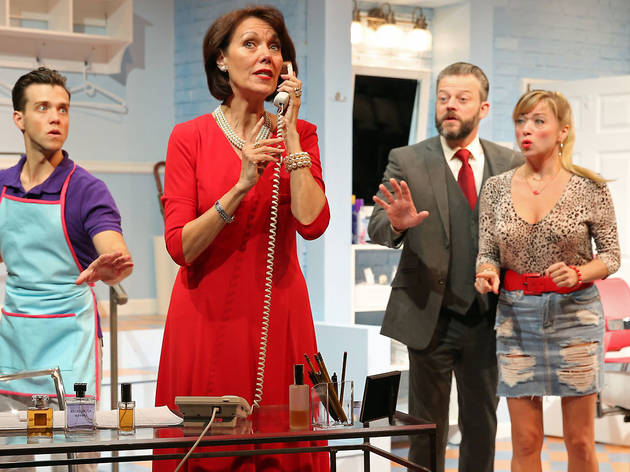 Shear Madness hasn’t survived nearly four decades in Boston—enabling many an Equity card—by staying stagnant. Wherever it’s staged (franchises span the globe), this semiparticipatory murder-mystery/comedy gets regular infusions of pop-topical references. It’s a win-and-keep-on-winning strategy: In a Pavlovian feedback loop, audiences can congratulate themselves on catching the site-specific allusions. In the new New York version, for instance, namechecks include Chris Christie, Trump, the Mets.… Sure, some of the jokes are a bit belabored (many are outright groaners), but the cast deserves props for surpassing the script.

Director Bruce Jordan has gathered an excellent cadre of character actors for Shear Madness’s belated New York premiere. It was Jordan who, in 1976, happened upon an obscure play set in a beauty parlor (Scherenschnitt oder Der Mörder sind Sie) and spotted its commercial potential. Author Paul Pörtner, an avant-garde acolyte of Antonin Artaud, also happened to be a fan of classic commedia, in which stock characters are set loose to develop their own lazzi.

Salon owner Tony Whitcomb is so stereotypically gay, the portrayal might border on offensive were Jordan Ahnquist not so obstreperously appealing. Kate Middleton, playing Tony’s manicurist-receptionist, is his world-weary antithesis: The seen-it-all circles under her eyes belie the come-hither bod below. Lynne Wintersteller aces the role of the Park Avenue matron, achieving an authentic aura of old money with offhanded aplomb.

Jeremy Kushnier is a tad too squirrelly as a crooked antiques dealer (most anyone will peg him as the culprit immediately). However, hulking Patrick Noonan and eager-beaver Adam Gerber are just right as undercover detectives, senior and junior grade, respectively. Why the NYPD would assign two cops to stake out a blackmail threat is another matter—a mystery that the script fails to address.

It falls to Noonan to emcee the open-ended second act, during which spectators get to reconstruct the comings and goings that, in the first, culminated in the grisly slaying of an upstairs neighbor, a famous concert pianist (a.k.a. “stupid old bitch,” in Tony’s uncharacteristically unkind assessment)—and if you think the pianist’s profession will be spared the obligatory word-play, you’re at the wrong show.

Well acted if not exactly captivating, Shear Madness is as insubstantial as Trump’s coiffure. It’s entertainment whipped up for those who find murder, at least in fictional form, potentially uproarious.—Sandy MacDonald