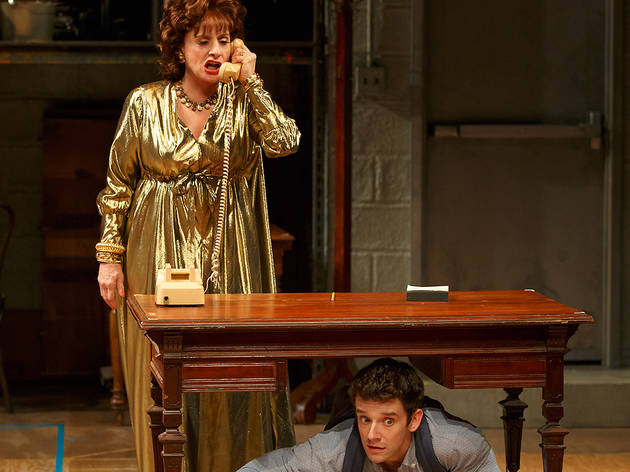 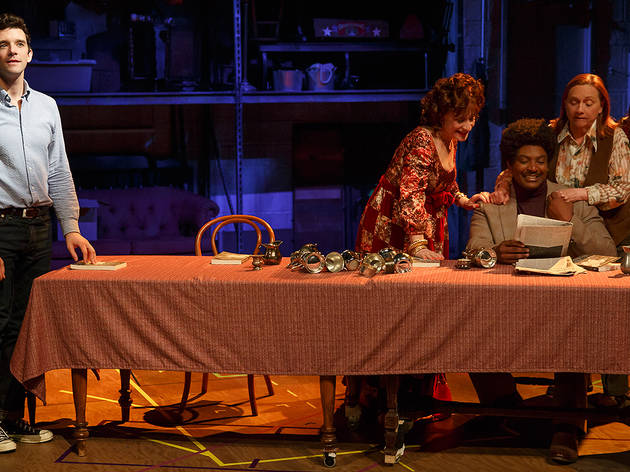 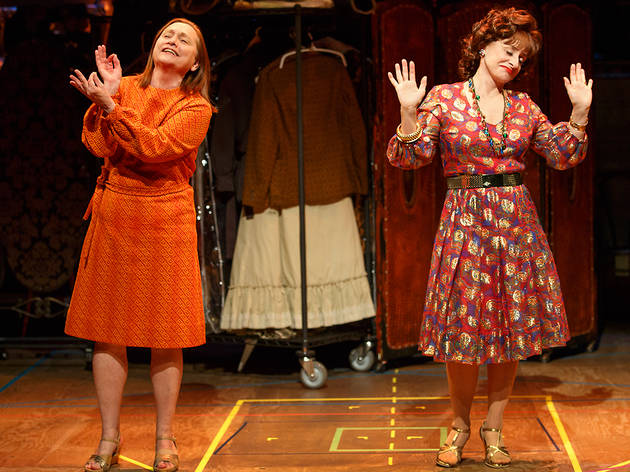 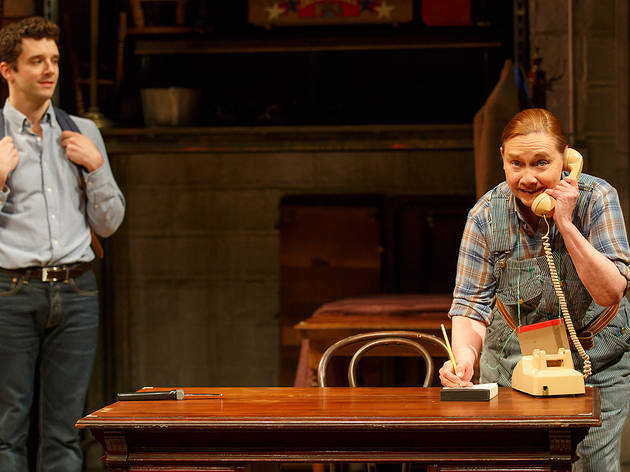 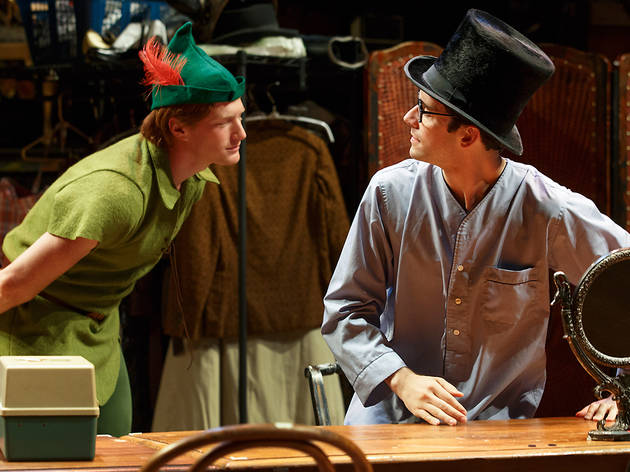 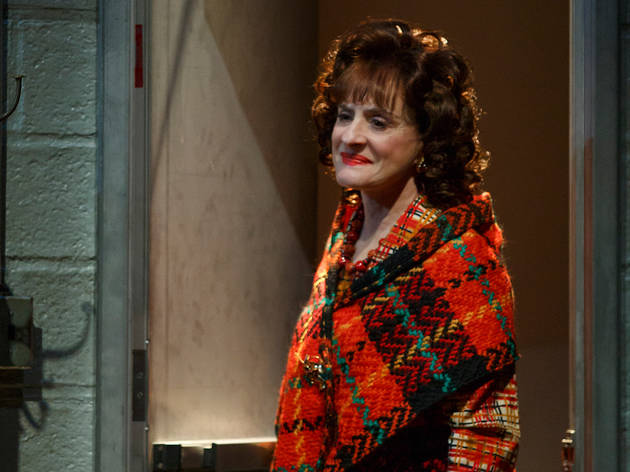 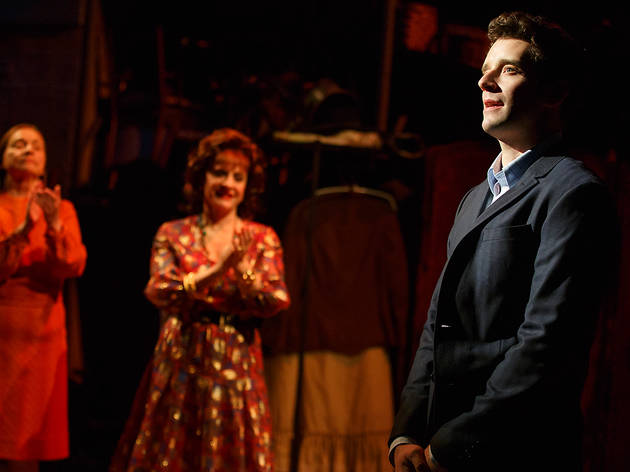 “Community theaters have a social function and it is to be [an] irritant in the shell of their community,” wrote Tennessee Williams, as quoted in Shows for Days. That irritant is the kind that just might produce a pearl, and that pearl, implicitly, is Douglas Carter Beane, the author of this nostalgic look back at his early-’70s stint with an amateur troupe in Pennsylvania: an irregular or baroque pearl, whose writing is lustrous and slightly tear-shaped.

The driving force of the fictional Prometheus Theater is artistic director Irene, portrayed by Broadway superstorm Patti LuPone, who would be the driving force in anything. Ruthlessly intent on shaking up her moribund industrial town, Irene is a dragon draped in gold lamé, as though costumes were her treasure. Sprinkling her grand declarations with Yiddish (“If theater was easy, the goyim would do it”), Irene plays by an artist’s rule book, stopping at nothing—deceit, blackmail, betrayal—to ensure the survival of her upstart company.

Into her den wanders 14-year-old Car (Michael Urie, engagingly elfin), whose older self narrates the play and shares coy, pointed inside-theater war stories from the real Beane’s showbiz career. For the protogay teenage version of him—the Beane sprout?—it’s a scary and thrilling time, surrounded by what can only be called characters, including a flamboyantly gay African-American actor (Lance Coadie Williams) and a stomping self-identified “bull dyke” (delicious sourpuss Dale Soules).

Few playwrights hone quips as sharply as Beane does, and LuPone is frequently hilarious. Thanks to them, Shows for Days goes by speedily—sometimes too speedily. Directed by Jerry Zaks, the uneven cast of six often seems to be rushing; important plot beats about company finances and local politics are blurry and confusing. And the thrust stage of the Mitzi E. Newhouse Theater defeats some of the comedy, which would benefit from stricter framing.

Diverting and touching as it often is, there’s not much meat in this pottage. But there’s a flavor of meat, a memory of meat, and that’s fine for the season: a summer stock.—Adam Feldman