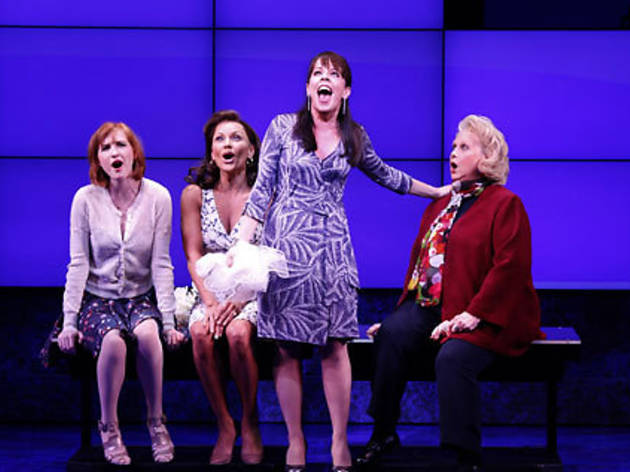 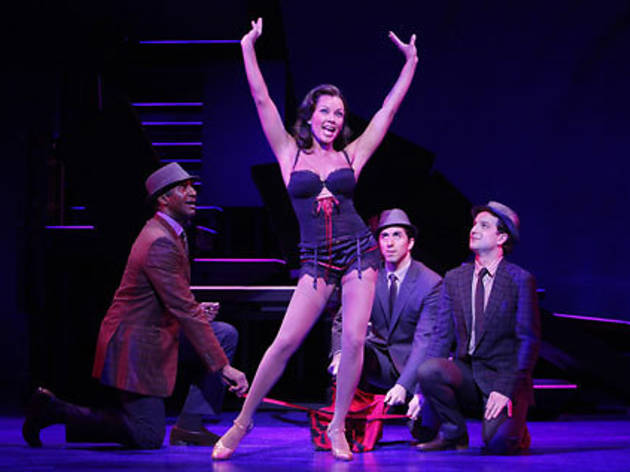 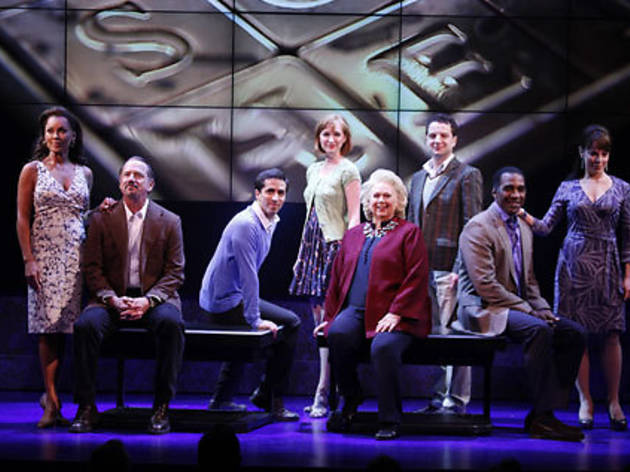 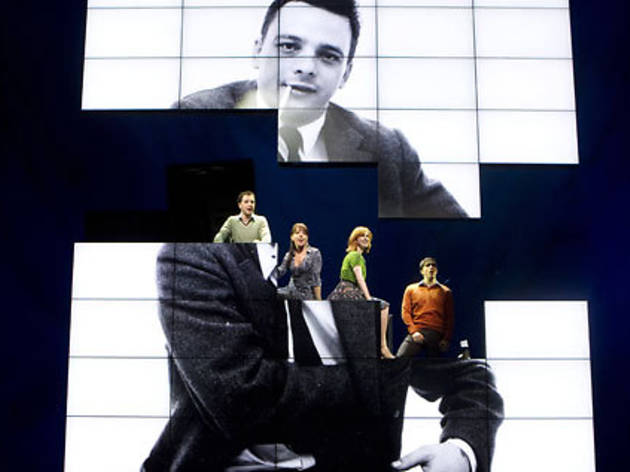 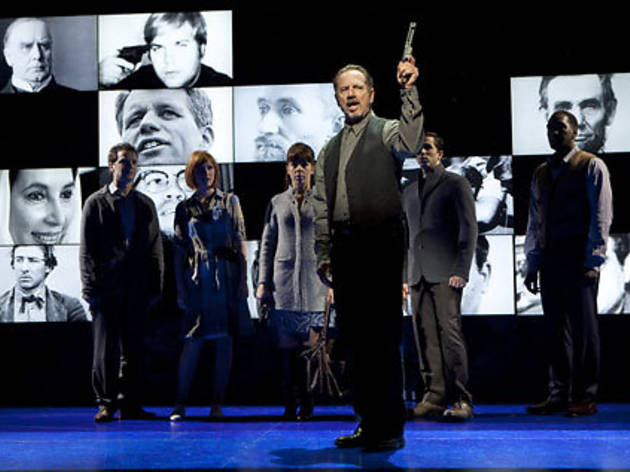 The cult of Stephen Sondheim has become the closest thing Broadway has to religion. The composer turned 80 years old this year; there has been no lack of attendant worship. Stars have twinkled in his honor at Avery Fisher Hall and City Center; Elaine Stritch has cranked out his oeuvre at the Caf Carlyle; a Broadway theater has been named after him; and now comes Sondheim on Sondheim, a revue in which the great one appears interstitially, on video, to offer commentary and background on his own work. To mark the occasion, Sondheim has written a new song of himself; it is called, humbly enough, “God.”

“God” makes its entrance in the second act of Sondheim on Sondheim, and it’s a peculiarly self-effacing self-paean. “You have to have something to believe in,” sings the cast of eight. “Something to appropriate... / Emulate... / Overrate... / Might as well be Stephen.” The song is intercut with footage of Sondheim amiably puttering around his apartment and offering trivia about himself (“I write on yellow pads. I prefer the kind that has exactly 32 lines on them...”), taking the piss out of his famously vinegary persona. It ends when the marvelous Barbara Cook, the show’s minence grise, makes a sensible suggestion: “Turn him off, and let’s just sing the damn songs.” The rest of the cast answers in chorus—“Amen”—and Sondheim flickers off from the screens.

Yet literally ten seconds later, as soon as the applause for “God” has receded, the messiah of modern musical theater is resurrected in a video clip from a 1988 interview on 60 Minutes. And this moment encapsulates the show’s identity crisis. Is it a live PBS documentary about Stephen Sondheim, with vocal illustrations? Or is it a revue of Sondheim’s peerless catalog, with annotations from the author? And if the latter, is it meant to proselytize to neophytes, or to preach to Sondheim’s existing congregation?

Some of the show, conceived and directed by James Lapine for Roundabout Theatre Company, seems clearly aimed at the cognoscenti. One of Sondheim’s hallmarks is the specificity of his songs, which are rarely entirely extricable from the characters and situations they serve. What is a novice to make, then, of the first-act finale, which sews patches of Into the Woods, A Little Night Music and Sunday in the Park with George into a vocally colorful but insensible quilt? And who but a connoisseur would prefer an obscure Company draft, “The Wedding Is Off,” to the masterpiece of comic neurosis, “Not Getting Married,” that replaced it?

On the other hand, if the show is being pitched to those best equipped to catch it, then what can explain some of the cheesier industrial-style staging and college-singing-group arrangements—or, for that matter, the central casting? Certainly, it is a joy to see Cook back on Broadway for her first musical in nearly 30 years. At 82, she continues to embroider her gossamer soprano with rich threads of longing, sincerity and emotional intelligence. But although Vanessa Williams looks as sensational as ever, her acting is not always up to the demands of the incisive lyrics. (Her account of “Ah, but Underneath,” one of the sharpest and most underrated Sondheim songs, nails the physical striptease but not the emotional one.) And Tom Wopat’s casual leading-man style is lamentably wrong for his big numbers, Sweeney Todd’s “Epiphany” and Sunday’s “Finishing the Hat.”

Frustrations notwithstanding, Sondheim on Sondheim remains an enjoyable evening at the theater. The songs are masterful, especially when presented in their entirety. Leslie Kritzer and Euan Morton, two of their generation’s most engaging musical-theater stars, provide excellent support; one wishes they had more to do. Norm Lewis, Erin Mackey and Matthew Scott have considerable charm and sing beautifully. The set is clever, the video design impressive. And although Sondheim’s commentary sometimes seems less than fully candid—he remains cagey about autobiographical elements in his work—he is unfailingly insightful.

But it is perhaps revealing that, excepting Cook’s moving solo numbers, the show is at its best when presenting songs from the flop 1981 musical Merrily We Roll Along, including Kritzer’s “Now You Know” and Morton’s “Franklin Shepard, Inc.” There are six in all—more than from any other show—and they make you long for the rest. At one point, the Roundabout was rumored to be planning a full-scale revival of Merrily; somehow, Sondheim on Sondheim took its place, and that seems like a shame. For as fascinating as Sondheim himself may be, his following is not fundamentally a cult of personality. What we worship, in the end, is his work—the more adult and the less adulterated, the better. Happy birthday, Stephen Sondheim. Many happy revivals. Amen.