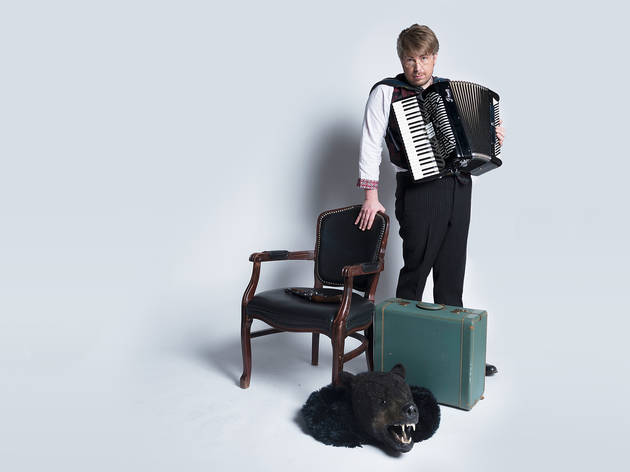 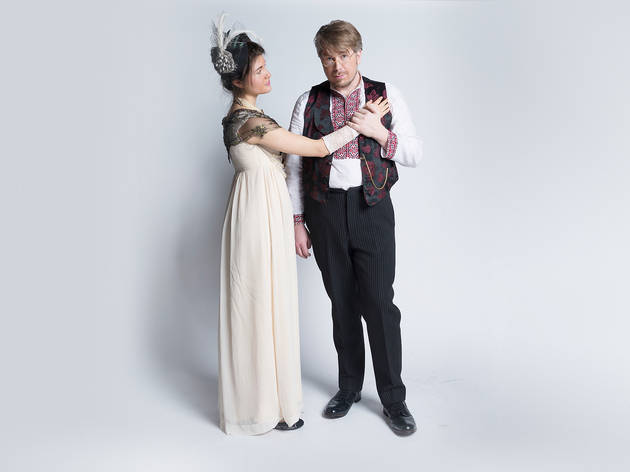 2/4
Photograph: Loren WohlDave Malloy and the cast of Natasha, Pierre &amp; the Great Comet of 1812 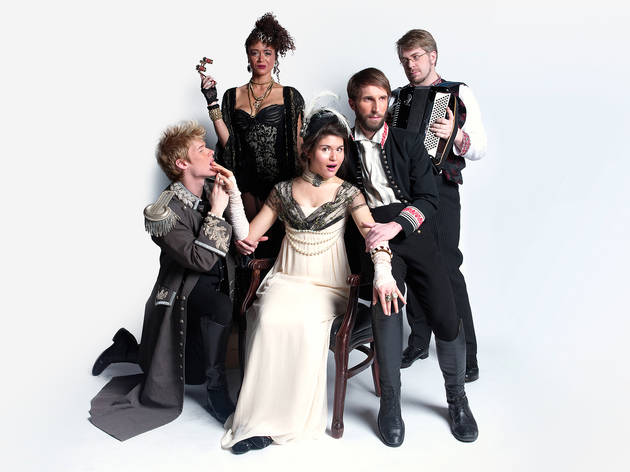 3/4
Photograph: Loren WohlDave Malloy and the cast of Natasha, Pierre &amp; the Great Comet of 1812 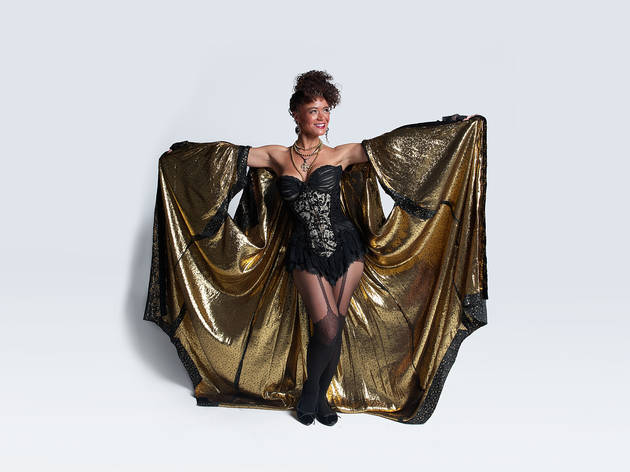 4/4
Photograph: Loren WohlDave Malloy and the cast of Natasha, Pierre &amp; the Great Comet of 1812
Advertising

The prodigiously talented composer-lyricist made a splash on the New York theater scene this past fall with Natasha, Pierre & The Great Comet of 1812. Adapting a section of Leo Tolstoy’s doorstop classic War and Peace, Malloy created a rowdy, sung-through operetta-musical hybrid, set in Moscow on the eve of Napoleon’s invasion of Russia. Combining an eclectic style—ranging from mock-Russian folk to electronica—with an immersive, vodka-soaked staging, the piece explored love, loyalty and heartbreak, with war looming in the wings. Romantic and sensual, Natasha, Pierre made a bid for best musical of the season. It returns for an extended run at Kazino, a new venue in the Meatpacking District.

Tell us what you think on Twitter at @TimeOutTheater.

Time Out New York: Musicals have come from unlikely sources…but Tolstoy? How did you think, Sure, War and Peace will sing onstage?
Dave Malloy: About six or seven years ago I was playing piano on a cruise ship. And I had a girlfriend on land, and the way we stayed together was we read War and Peace together. You know, there’d be an e-mail subject line, “Page 372,” so there’d be no spoilers. And when both of us got to this section of the novel, we were swept away by it. It’s this tight, compact, 70-page melodrama at the center of the book. This is before I wrote any musicals, but when I read it, I was like, Wow, this is a perfect musical. The structure of it is peculiarly traditional, almost in a Rodgers-and-Hammerstein way. There’s an A story, a B story; at the end of Act I, everyone’s in jeopardy.

Time Out New York: But you took a while to actually start composing it.
Dave Malloy: I filed the idea away in the back of my head. At the time I was writing a lot of experimental music, like early shows with Banana Bag & Bodice.

Time Out New York: The first time I heard your work was with Banana Bag & Bodice in the Fringe Festival, Gulag Ha Ha.
Dave Malloy: Oh yeah, that was really early. I was playing two fishbowls, three or four harmonicas, a delay pedal and a shitty amp. Junkyard percussion. Because it was all set in a prison, so the sound was dripping water, harmonica…prison!

Time Out New York: Speaking of instrumentation, or musical styles, did you automatically gravitate toward Russian-sounding music for Natasha, Pierre?
Dave Malloy: Definitely. Russian music was a huge influence. I listened to a lot of Tchaikovsky and Borodin when I was living in the world of the show. But I’ve also been experimenting with electronic music. That sound is really ubiquitous in modern pop, but you don’t hear it in the theater too often. So with Natasha, Pierre, when our young rogue, Anatole, comes in and sexualizes Natasha, it seemed like a dramaturgical justification for having both things. So we have this traditional Russian sound with accordion, cello and guitar, and also this modern electronica whenever Anatole enters the room.

Time Out New York: There’s an amazing range of styles in the score: I feel like I’m listening to Tom Waits one second, then Russian folk, pop and punk.
Dave Malloy: A lot of it is how I was brought up on music and how I listen to music now. I went through a lot of phases. I grew up on the Beatles, then I became a jazz snob, went to school for composition and I became a classical-music snob, then I found out about Bob Dylan, then I moved to San Francisco and worked in a record store and that’s how I got to know indie rock and electronica. So I have amassed this eclectic collection. And usually when I listen, it’s on iTunes and set to shuffle. Like global shuffle. So I’m listening to Tom Waits and then Jimmy Cliff. Then Patsy Cline. And then Mahler.

Time Out New York: You wrote the libretto and the score. Which came first: words or music?
Dave Malloy: Well, Tolstoy is my collaborator, right? The piece is in the public domain and anyone can download it. So I started with this 70-page chunk from War and Peace as a Word doc. It was basically a matter of whittling it down. And then, of course, I wrote new lyrics here and there, like “In 19th-century Russia, we write letters.”

Time Out New York: Your director, Rachel Chavkin, did such an amazing job staging the piece around the audience at tables, in this sort of raucous, 360-degree Russian-nightclub vibe. Were you visualizing that as you wrote the piece?
Dave Malloy: Yeah, it was one of the early ideas for the piece. I actually went to this club in Moscow—Café Margarita—to do research for another piece about Rasputin, called Beardo. It’s on this side street that figures prominently in the novel The Master and Margarita. So it’s this amazing club: tiny, packed to the gills, everyone has vodka and dumplings on the table. And in the corner there was this pop-classical trio, playing standards like Mozart, Für Elise and Flight of the Bumblebee. We ended up at a table right next to the viola player. Which is interesting, because the viola plays harmony, while the violin usually has the lead. We’re at this communal table, with vodka, and everyone has a shaker, so they can play along with the music. And when I saw that, I thought, This is the thing that unlocks Great Comet.

Time Out New York: You give your audience free vodka during the show. Did anyone ever get out of control?
Dave Malloy: Nothing we can’t handle.

Time Out New York: Well, you carry large instruments.
Dave Malloy: People definitely get rowdy and raucous—like during the troika-driver number in the second act. But it works to our advantage; by the end of the show, people get really weepy—that drunken weepiness.

Time Out New York: I hear that Stephen Sondheim saw the show, and he’s a fan.
Dave Malloy: We met and it was lovely. We talked about music and orchestrations, Rachmaninov and Moby-Dick. He was very generous and wise.

Time Out New York: When will you get around to musicalizing the other 1,100 pages (give or take) of War and Peace?
Dave Malloy: I don’t think any time soon, but it’s been on our minds. This is basically a “peace” section. Rachel and I have been talking about doing a “war” section, like one of the big battles, on Governors Island.

Time Out New York: I imagine that would be loud.
Dave Malloy: Oh, yeah. Brass and cannons. I’ve made the joke that this could become my life’s work. Eventually, I’ll have this 40-hour epic.