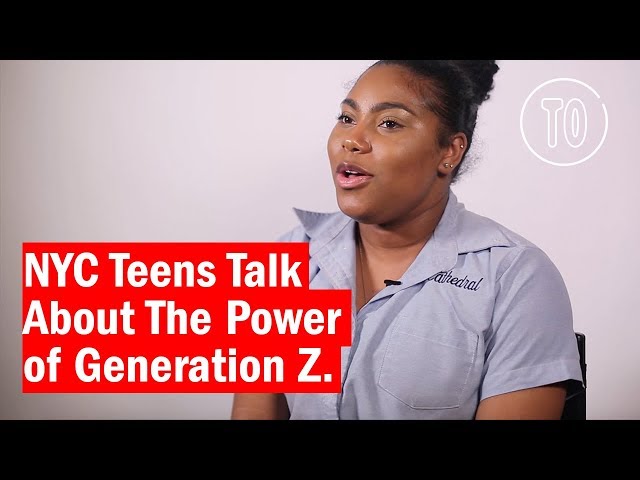 On February 14, 17 people were killed and another 17 were injured during a school shooting at Marjory Stoneman Douglas High School in Parkland, Florida. It was one of the deadliest massacres at a school in American history.

In the months since, the Parkland students became nationally-known public activists. They’ve been on the covers of magazines. They’ve drawn outrage from pundits and conspiracy theorists alike. In weeks, a small collective of children galvanized a national movement calling for expanded gun control legislation on the federal level.

It’s not unusual for young people to be integral members of national political movements. On May 2, 1963, nearly 1,000 children were arrested in Alabama in the Birmingham Children’s Crusade, which played a major role in changing the tide in the Civil Rights Movement. The Arab Spring protests at Egypt’s Tahrir Square in 2010 and 2011 centered around millennials, who used the power of social media platforms like Twitter to organize their efforts. And this year, the U.S. witnessed a new generation find its political voice.

On Saturday, March 24, thousands of kids from every corner of New York City took part in the March for our Lives in Manhattan, a sister protest to the one in Washington, D.C., which was as much of a call for gun control as it was a thunderous roar from Generation Z (those born in 1997 and beyond, according to Pew Research Center) that said, “We’re here, and you’re going to listen to us.”

We spoke to four NYC teenagers, each hailing from four different boroughs across the city, about the issues they care about and what they're doing to spark change.

“Gen Z is going to make a difference,” says Emily Torres, who participated in the march last month. “We’re going to be the reason why there’s going to be a massive change in this world.”

Torres is now a freshman at the Fashion Institute of Technology, and established herself as an activist in high school. As a junior, she launched a social media campaign to combat street harassment. Dubbed “No Means No,” the project aimed to raise awareness for women in New York and beyond who feel unsafe on the city’s streets.

“I was scared to be outside,” she said, “and I wanted to do something about it.”

Torres grew up with social media at her fingertips, so when it came to promoting a cause that hit close to home, the barrier to entry was quite low.

“Growing up with technology is a blessing and a curse,” she says. “Social media has really helped my generation be advocates and fight for what we believe in. We have more power. Our voices are really heard.”

Keith Paris, a student at Kipp NYC College Prep, views the power of social media in a similar light. He’s established a YouTube channel where he posts everything from beauty tutorials to monologues about growing up gay and wearing makeup in a household that isn’t supportive. He’s an active member of his local LGBTQ community. Through his online platforms, he’s found a sense of solace that he doesn’t at home.

Like his counterparts at Marjory Stoneman Douglas, he’s managed to handle criticism of his generation sparked by the Parkland teens’ foray into the spotlight with a sort of fierceness and cleverness that one wouldn’t expect from a 19-year-old a decade ago.

Akasha Palmer, a student at Cathedral High School who has become a vocal youth advocate for gun control this year. She’s a member of Teens Take the City, an organization run through the YMCA that pushes for policy changes on the local level. That program led to her meeting Mayor Bill de Blasio and First Lady Chirlane McCray at a town hall meeting on gun violence. She’s also become an advocate for the city’s homeless population, and has become involved with the New York Common Pantry. She’s not even 18, and she’s sparked more change in the city than many jaded millennials ever will.

“A lot of teens like myself are, I guess you would say, ‘woke’ when it comes to what’s going on,” Palmer says. “I feel like my generation has an advantage because of technology. We know how to obtain knowledge quicker, and we know how to voice our opinions on social media.”

Palmer wants to be a lawyer when she’s older—one that advocates for social justice reform. With an already impressive resume, she’s off to a good start.

Dorian Nowell lives in Lower Manhattan and is a student at Paramus Catholic High School. The shooting at Marjory Stoneman Douglas hit close to home—one of his friends is a survivor of the shooting there.

“I don’t think it’s normal for students to have to be constantly aware of a school shooting,” he says.

Nowell is a quarterback on the football team at Paramus, and hopes to one day secure an athletic scholarship. He’s also an active volunteer—he’s taken part in clothing and food drives through his school. He is keenly aware of the biases that still exist throughout the country, and in his home base of New York and New Jersey, and understands the change that his generation is poised to effect when it comes to the issues he cares about.

“Generation Z is ambitious, curious and doesn’t take no for an answer,” he says.

But Nowell, at 14, is still very much a kid. And like most kids, he’s constantly looking for ways to escape the noise online and in the news, and take a moment.

“I use Citi Bikes and take rides along the water in Financial District to get the stress off my mind,” he says. “At the end of the day, I'm a New Yorker. New York City kids are much more mature, and experience so much more than kids living in a suburban area. I know how to get away from it all while still being surrounded by millions of people.”

Nowell makes an interesting point: the teens that are currently coming of age in Gotham are uniquely equipped to handle the pressures of the world. How this new generation leverages that ability to create positive change remains to be seen. But as far as these four teens are concerned, Generation Z is going to be a force to be reckoned, and this year’s wave of activism is only the beginning.