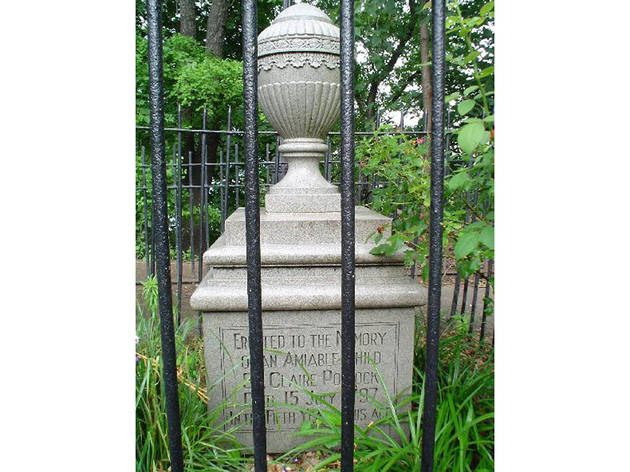 1/5
Photograph: Courtesy NYC Parks and RecreationGrave of the Amiable Child 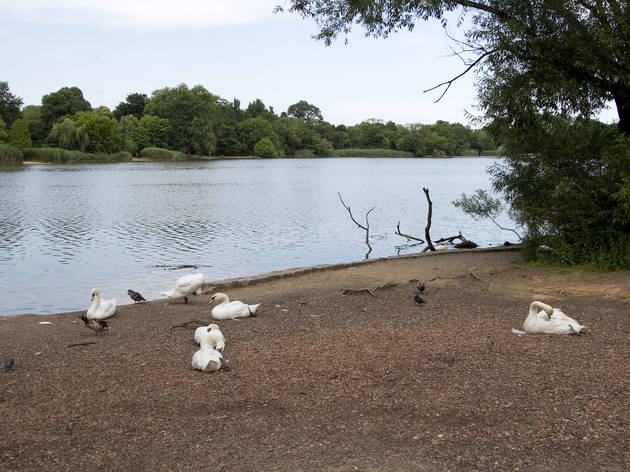 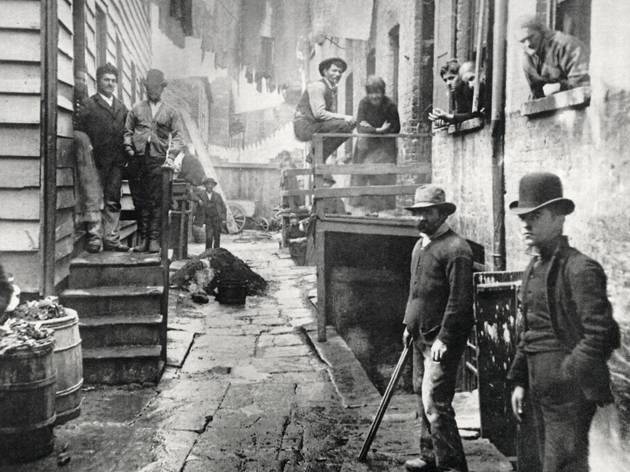 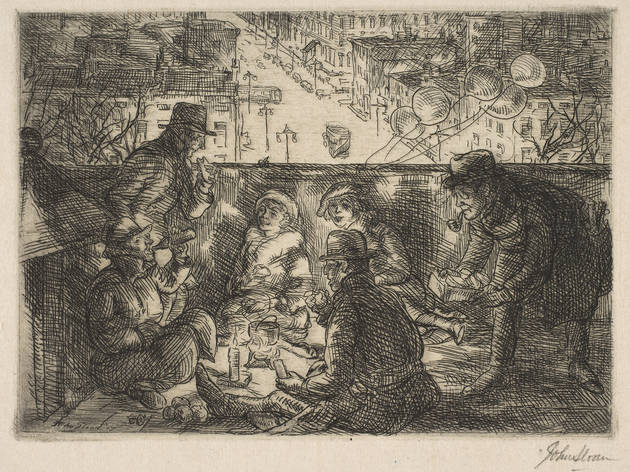 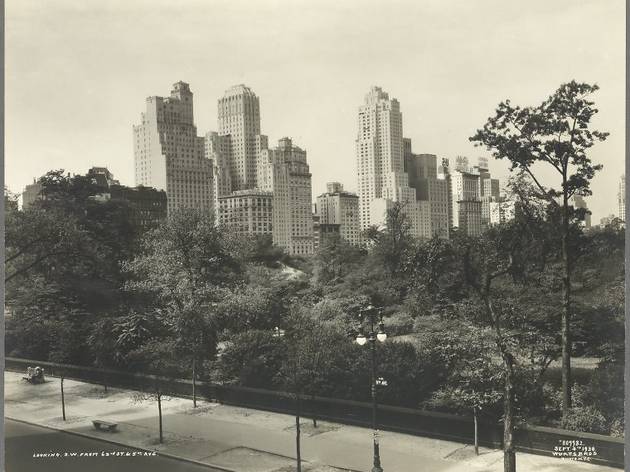 New York’s parks may look pretty and innocent now, but don’t be fooled: from Prospect Park to waterside hangout Riverside Park, the city’s green spaces have been the site of all manner of less-than-legal dealings, tragic deaths and scandalous happenings—not to mention strange bohemian goings-on. Nobody ever said NYC’s history was all sunshine and flowers, right?

Across the road from the monolithic bulk of Grant’s Tomb, you’ll find a far more modest granite monument—this one dedicated to not a war hero, but a toddler. On July 15, 1797, a five-year-old boy named St. Claire Pollock met his end near the spot, possibly from a fall into the Hudson. The owner of the property (either Pollock’s uncle or father) placed a grave marker on the site, dedicated to “the Memory of an Amiable Child.” Through the area’s many transfers of ownership and even after the area became a public park in the late 19th century, the stone was maintained and replaced whenever it deteriorated. In his 1908 poem “An Amiable Child,” Herman George Scheffauer wrote: “Thy grave seems like a song / Of peace in iron frays.” Ah, youth.

It was rough out there for 19th-century Brooklynites, if the rash of suicides in Prospect Park at the time is any indication. The New York Times was full of reports of despondent types who fled to the park’s relatively secluded environs to end it all by poisoning, shooting, hanging or the like. At least two incidents happened at Prospect Park Lake: one in 1883, when an unidentified but “respectably dressed” German woman was found floating in the shallows, having both slit her wrist and drowned herself; and another 12 years later, when novelist George C. Kelly (who wrote under the nom de plume Harold Payne) cut his throat and then jumped into the water. His latest book had been published less than two weeks earlier.

Five Points enjoyed a brief life as a well-to-do neighborhood in the early 19th century—at least until the land, which had been built over a filled-in pond, started to sink and smell putrid, and the wealthy folks fled for less swampy locales circa 1820. Impoverished immigrants moved in, and the ’hood soon became infamous for its squalid conditions, street gangs and rampant crime. Mulberry Bend was one of the worst sections; “All that is loathsome, drooping and decayed is here,” wrote Charles Dickens when he paid a visit in 1841. By the 1880s, the city had finally had it: Calvert Vaux was commissioned to create a public green on the spot, and in 1897 a block of fetid tenement buildings were leveled to make way for Columbus Park. Score one for urban renewal.

One cold January night in 1917, Dadaist artist Marcel Duchamp and a few pals—painter John Sloan, poets Gertrude Drick and Allen Norton, and three actors from the Provincetown Playhouse—snuck through an unguarded door to the top of the Washington Square Arch. There they threw an all-night party and mock-revolution by candlelight, complete with red balloons, Chinese lanterns and plenty of booze. Drick (who went by the name Woe) stood to read from a document the self-styled Arch Conspirators had drafted, “The Declaration of the Independence of the Greenwich Republic,” proclaiming the park and its Village environs a sovereign bohemian state. The solemnity of the occasion was marked with—what else?—a cap-pistol salute. The door has been locked ever since; thanks a bunch, Duchamp.

Shortly after the 1929 stock-market crash, the former Central Park Reservoir (now the Great Lawn) was drained and taken out of commission. The newly down-on-their-luck began to take up residence there, establishing one of the many shantytowns that sprang up during the Great Depression. By September 1932, there were 17 furnished shacks and 29 residents in so-called “Hoover Valley.” By the time the Parks Department got around to filling in the reservoir the following spring, the little settlement had vanished. Its inhabitants reportedly lived in relative civility, save for a jobless bricklayer who was arrested for performing an impromptu song and dance while wearing “less clothing than deemed proper.”