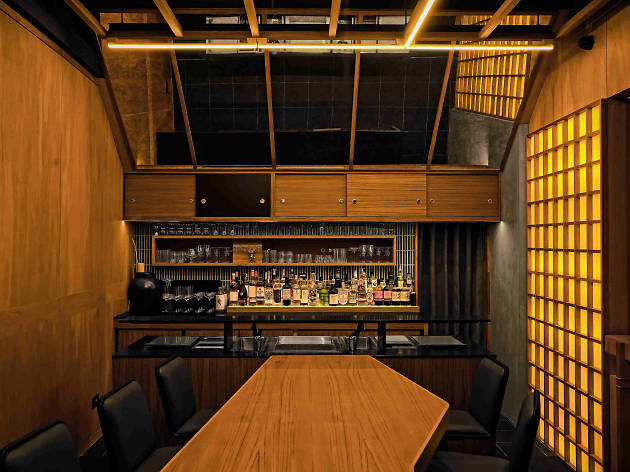 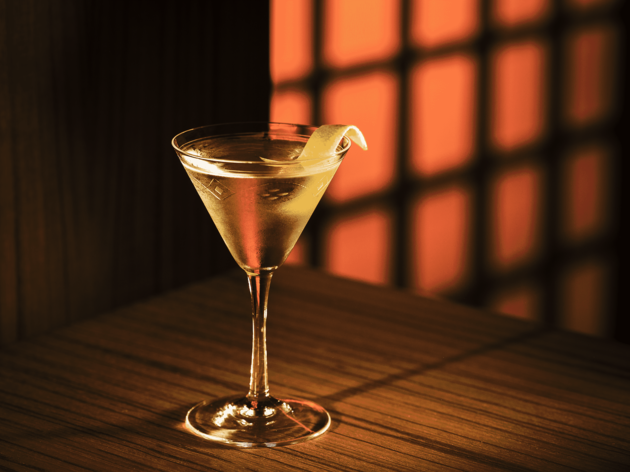 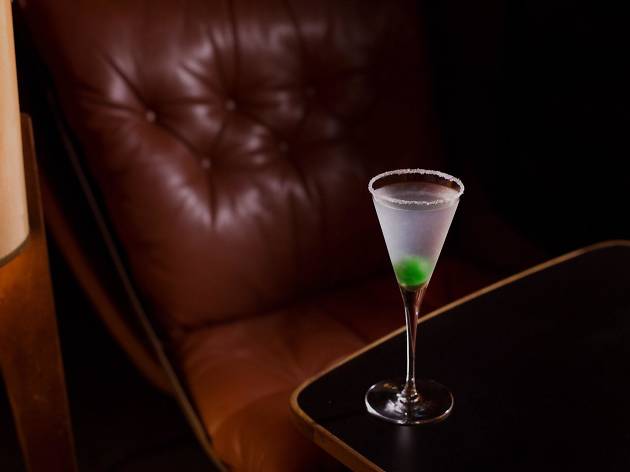 A local take on a Japanese mid-century modern bar

Saying goodbye is never easy. Late last year, the Jigger & Pony Group shut down Flagship in its three-concept shophouse to the dismay of Old Fashioned purists everywhere. And it’s twisting the knife in deeper by replacing it with a bar worlds apart from its grungy, divey past.

Live Twice is a complete metamorphism of the space: the wall by the passageway has been knocked down, giving you a glimpse of the bar’s mid-century modern decor as you walk by. It beckons you in with an alluring amber glow and luxurious furniture – we’re talking $3000 Falcon armchairs – as well as an oddly shaped communal table right next to where the magic happens.

At its head is Leow Yingying, a Diageo World Class winner who’s been with the group since 2017. The quietly confident bartender stirs up drinks that are fresh, polished and playfully experimental without all the bells and whistles. Garnishes are kept simple – if they appear at all – and the cocktails’ crystalline clarity is emphasised by elegant glassware. There are 14 drinks on the menu, with the first half inspired by classics you’d find in a Japanese craft cocktail bar. There you’ll find the Vesper ($25), a dangerously deceptive tipple befitting of its James Bond Casino Royale origins. Tempus Fugit Kina L'Aero D'Or (a fortified Cortese wine because the original Kina Lillet is no longer in production), Ki No Bi Sei Navy Strength Gin and Ketel One Vodka are shaken aggressively so that thing shards ice break off, adding texture to the lethal concoction that’s otherwise as smooth as an assassin.

On the other side of the menu are creations named after geisha. Spring Riot ($25) sounds like she’d be the most fun of the bunch. The drink contains a blend of Roku Gin, Merlet Crème de Pêche, house-distilled sakura soda and a flurry of grated fresh daikon – a precise balancing act that’s sweet yet savoury, clean yet complex.

You should also order the food here. The wasabi cheese terrine ($8) is a delicate bite-sized snack that will have you reaching for more but the real stars are the sandos. Think of the ebi and corn sando ($22) as a very upmarket version of the popular McDonald’s creation – aka a perfect booze-sopping accompaniment to your cocktails. As is the highly raved about beef katsu sando ($32) slathered in tonkatsu sauce and Japanese mayonnaise, which lives up to the hype.

Just when we think Singapore doesn’t need another Japanese-inspired bar, Live Twice swoops in to make us eat our words and drink our classics. If saying goodbye leads to a hello like this then maybe it’s time to think twice and get better at them.