Restaurants Marina Bay
3 out of 5 stars 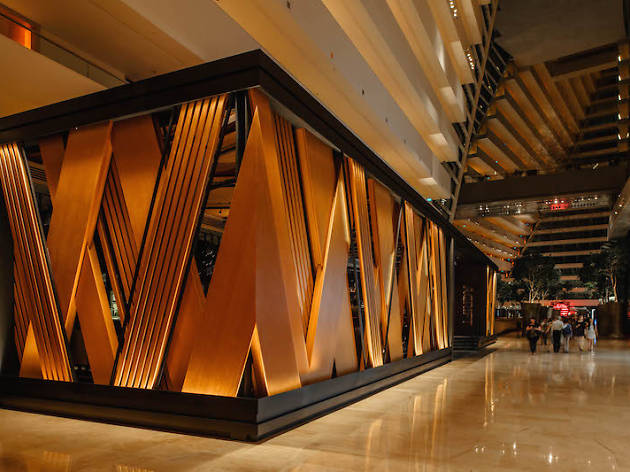 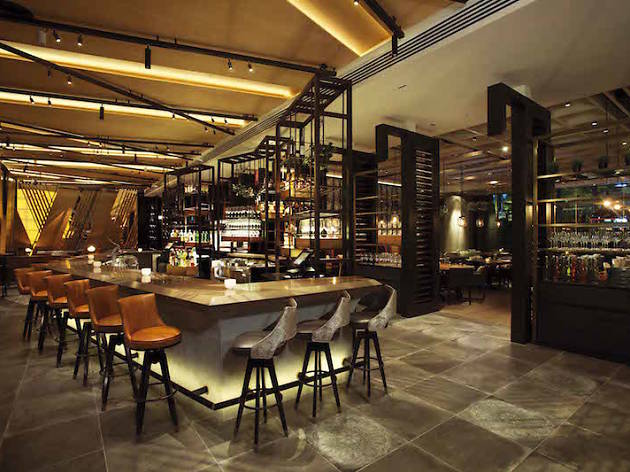 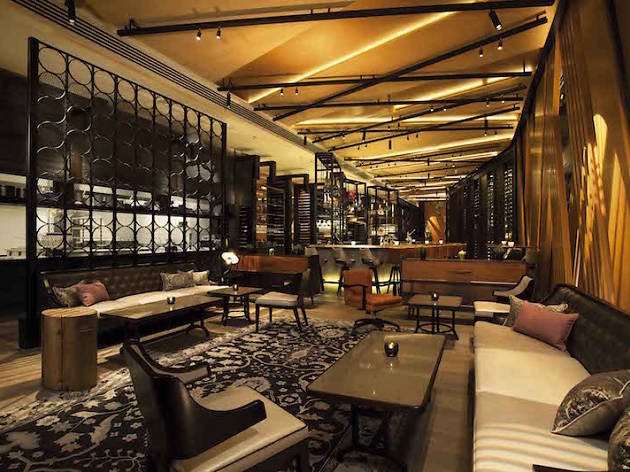 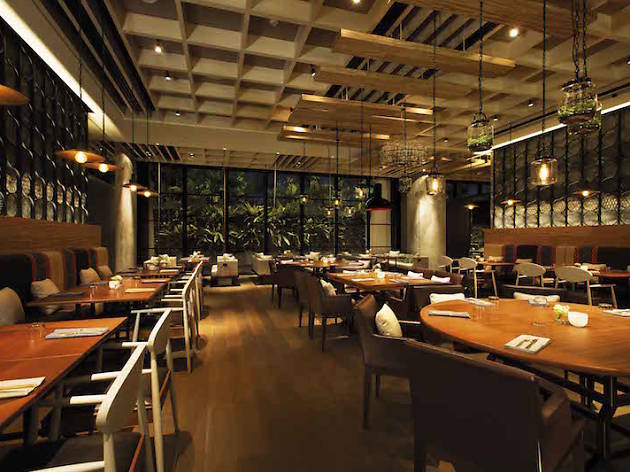 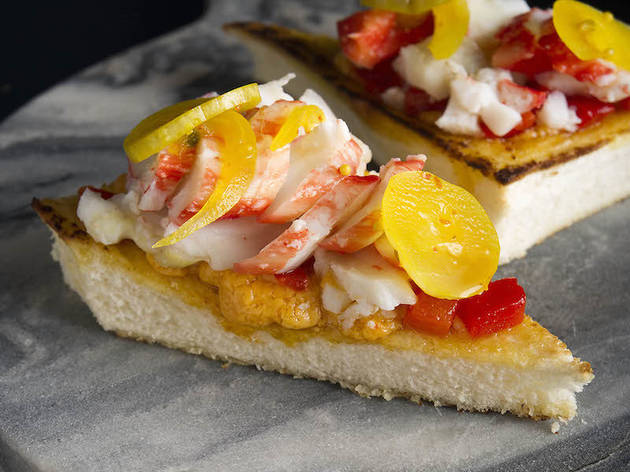 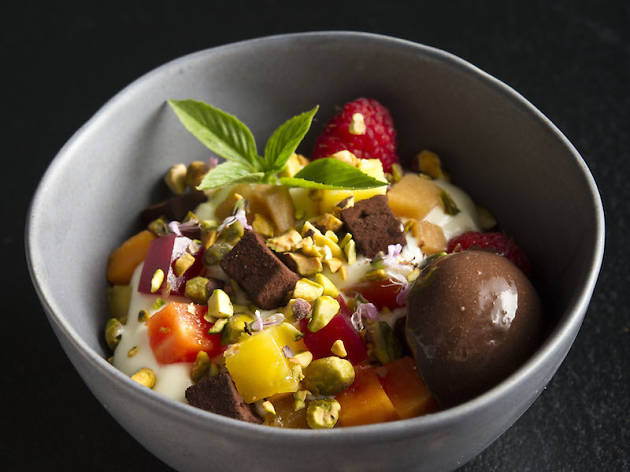 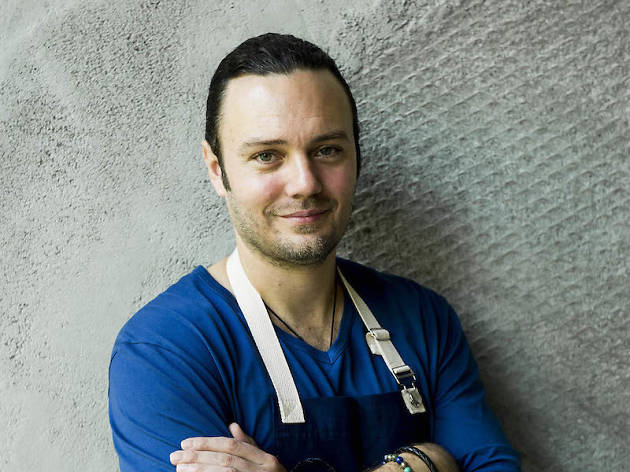 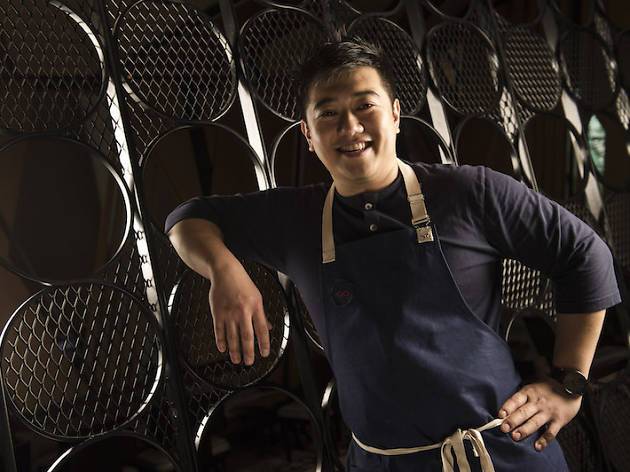 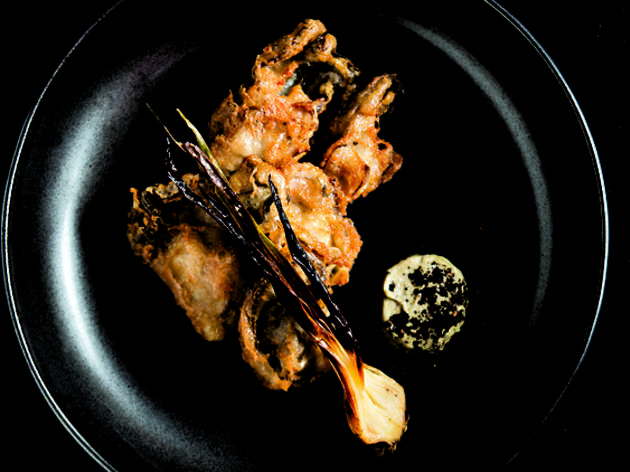 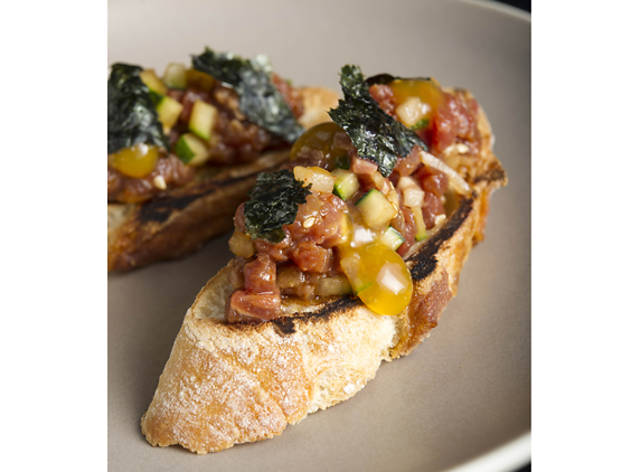 Marina Bay Sands kicks its chef import programme into gear again with a roster of talent setting up shop in its glittery complexes. David Myers starts this year’s wave of new openings in a jewel box-like space in the hotel lobby, growing an empire beyond his Los Angeles homeground and Tokyo outposts with his first local venture, Adrift.

A month after its soft opening, Myers is still visibly hands-on at the pass of his open kitchen, working in tandem with his locally based executive chef Dong Choi to calibrate flavours and sync standards for the Japan-alluding small plates. The cachet of his name here, however, is reserved for foodies acquainted with his past success at LA’s Pizza Ortica, Comme Ça and the now-defunct Hinoki & the Bird, and Tokyo’s David Myers Cafe and Sola. The dining room hardly fills out mid-week, but the bar is a musical chair sequence of post-work punters thirsty for the cocktail programme that Myers’ longtime collaborator and one of the world’s most well-regarded bar talents, Sam Ross, has imparted to the bar crew.

Expectations are naturally high. The crisp slabs of bread sandwiching bland shreds of crab ($35) are each a three-bite affair, as is the tiny fold of banh mi ($32) with slices of foie gras tucked between lettuce leaves and benign pickles. Lobes of uni, prone on slices of pumpernickel, ($31) lose the flavour battle to hazelnuts and the floral overtones of an orange marmalade spread. This theme of protein overpowered by flavour frills carries through to his homage to the chilli crab: mild sauce-draped humps of dry-ish pan fried cod ($28), presented on two sweetish mantou dough tortillas, struggled to settle into a coherent flavour.

The recommended three dishes per person is better expended on the fried oysters ($18) – though the emulsion of green garlic and black lime did nothing other than add texture – and the onion jam and sprout-covered Kagoshima wagyu ($55) steak.

Desserts, meanwhile, showcase Myers’ training in the kitchens of Charlie Trotter and Daniel Boulud. A thick square of pillowy, caramelised toast topped with coconut ice cream and a drizzle of potent kopi syrup ($14) will earn a sure ranking on ‘best desserts’ listicles. And don’t forget the inspired combination of rose, dark chocolate ice cream and raspberries ($12) in the parfait.

The bar delivers a markedly stellar experience. The ginger-spiced, Islay-smoked Penicillin ($23) – a Sam Ross original – is as close to the real deal. Spirit-forward drinks like the mezcal-laced Marina del Rey ($23), and Hakushu and sherry-rich Shangri-La ($23) are punchy and well balanced – they’re Adrift’s redemption and will give guests a reason to return.