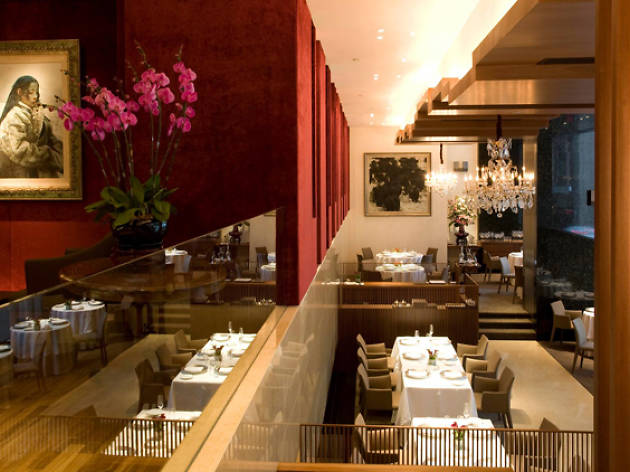 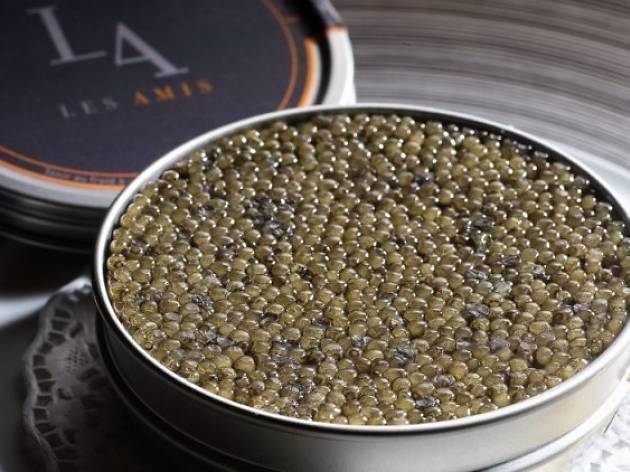 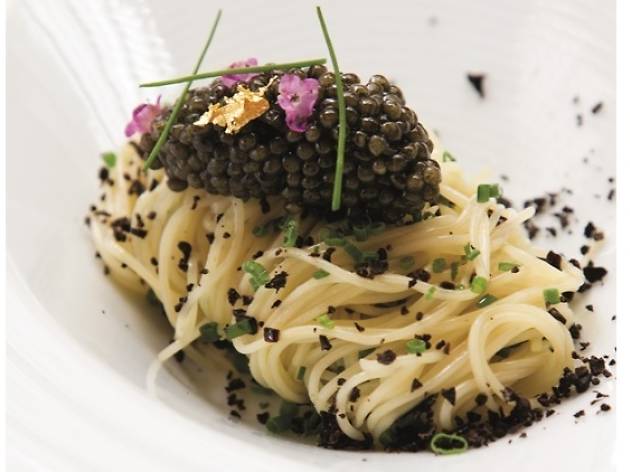 Before Singapore became a hotspot for celebrity chef openings, there was Les Amis. The locally and internationally lauded French fine dining establishment reinvents themselves every once in a while. This latest round of tweaks – sung to the tune of $1.5 million – is yet another milestone.

Most of the kitty went into Les Amis’ award-winning cellars (it has over 3,000 labels) and kitchen, which has seen the likes of Justin Quek, Ignatius ‘Iggy’ Chan and Janice Wong pass through its doors. Unless you’re intimately acquainted with the plush stylings of the restaurant, you won’t notice the new leather chairs and swirly carpets installed in the main and mezzanine dining spaces – or the fact that there are now more tables.

The kitchen team, headed by executive chef Sebastien Lepinoy, now works on Sundays and adds new lunch menus, making Les Amis a little more accessible for the wallet-conscious diner. The three-course express option is $65, a full works degustation is $155 for six courses, and the most flexible four-plate prix fixe in town, with multiple cold and hot appetisers, mains and dessert options, goes for just $90. Dinners are a grander affair with six courses starting at $185 and peaking at $295 for nine.

So it looks like Les Amis is relaxing to fit with relaxed dining trends. The service, though, doesn't seem to have caught up. If you're coming to pay homage to this temple of fine dining – as you should – and look a little out of place from the la-dee-da, the service doesn't hide it from you.

We watch as the army of suited waiters address fellow diners by name, lovingly describe the shapes of fluffy bread baked by Singaporean pastry chef Cheryl Koh, and recommend a half bottle of wine to go with lunch – minor touches we don't get from our still very competent and cordial waiters. We’re only treated to the magic of fine dining in fleeting doses, once when our mains are revealed from under heavy cloches with a softer 'voilah' and later, with an enlightening explanation of their curiously shaped gourmet spoons.

Which is a shame for the exquisite food turned out by chef Lepinoy. He launches you into sublime flavour territory right from the bread course, served with Le Ponclet butter that he's had to audition for. The French foie gras staple here isn't given the token treatment, either. An impressive crusty lobe, almost jelly-like below the surface, packs flavour in waves when forked with the accompanying Alfonso mango. The highlight of our meal is still the chef's signature pasta, which condenses an ocean's worth of rich sweetness and brine into a sauce for angel hair pasta, served with Kombu, caviar and black truffle.

The only blemish food-wise comes with the French classic tête de veau. The ring of meat from a calf's head, surrounding tender ox tongue, becomes too gelatinous to eat on its own as the darker meat inside ran out – but even that's just a matter of preference.

A restaurant like Les Amis, which has absolutely no problem filling up seats any day of the week, doesn't need a review like this to know it’s good. But if you’re looking to capitalise on the new, accessible prices to finally check in, now’s the time. Maybe bring a Chanel bag to get the full experience.