With the fluid pace at which chefs in this town flutter between restaurants, few manage to snag headlines when they find a new job. Yet Julien Royer's departure from JAAN for his own joint venture with The Lo and Behold Group has been followed at every turn. Needless to say, of the nine F&B establishments opening with the National Gallery Singapore, Odette has psyched local diners up the most.

Those willing to wait up to two weeks for one of the 32 seats here won't find themselves disappointed. (Pro tip: gather at least six diners and you can book a private dining room in less the time.) Taking the registration room of the former Supreme Court is an ethereally austere space where the marvel is in the details. Artist Dawn Ng's cut-out motifs float like butterflies over the centre of the dining room, and glass sliding doors frame Royer and his team, turning out plates governed by his Essential Cuisine philosophy to fine dining.

Described as honest food with a steep respect for ingredients cultivated from his farming family in France, Royer’s cuisine prides itself on keeping up with the provenance of its produce. And it’s clear that Royer is one of the few chefs who manage to measure up to the lofty introductions they pen into their menus. Throughout our meal, the heartfelt quality displayed in his ode to his grandmother – after whom the restaurant is named – is fervently palpable.

The meal kicks into gear promptly after we're seated: a trio of snacks is followed by a Comte, truffle and egg tart assembled on our hands. And then the day’s menu, worked around the produce Royer manages to procure, is presented to us. Lunch options are either brisk four-dish meals ($88) or six-course tasting affairs ($128), while dinners are more prolonged six- ($208) and eight-course ($268) meals. Vegetarian options are also available, at a $10 discount.

The amuse bouche is less of a tease and more like a warm hug: cep sabayon, buckwheat grains and a wild mushroom soup play a one note samba of texture and flavour around the seasonal fungi. That’s trailed by a 55-minute organic egg dish, with its gently cooked yolk and accompaniments of starchy root veggies, truffle shavings, and a carpet of smoke. It’s also no surprise that both these dishes bear passing familiarity to Royer’s signatures at JAAN.

A vein of femininity carries through in the exquisite plating. Heirloom beetroots from Italy emerge as an artsy tumble of gels, ice cream and meringues, alongside stracciatella and a smudge of floral-tinged honeycomb harvested in Cameron Highlands. Flaky French Adour River trout sits beside grilled Fremantle octopus and Romanesco broccoli beneath drizzles of miso caramel, while its vegetarian counterpart, with Amalfi lemon curd and Cevennes onion, wears a laurel of shiso flowers. Compare this with the many more elements on the omnivorous plate, and the veggie one feels spare.

The peak of this journey arrives first with a calling card of smoked rosemary. Much like JAAN’s hay-roasted pigeon, gamey guinea fowl from Challans is smoked with herbs, and deeply satisfies with a creamy-good celery risotto, breaded ooze of foie gras and Burgundy truffle velouté.

Desserts don't let the earlier courses down. A loose millefeuille applies heavy doses of charm with a balance of Tonka vanilla bean ice cream, nougatine and cubes of pear. And the Choconuts, another carry-over from Royer’s former 80th-storey perch, is a stellar contrast of crunch and creaminess, with a rich hit of dark chocolate and nuts.

In many fine dining restaurants of Odette's calibre, the service can be functionally good, yet cold. It's still formal here, but hardly as stiff. We can't help but be wowed when, after casually asking for information, we're presented with an article on vadouvan – a French interpretation of an Indian spice mix, deployed here in a cold edamame velouté starter – printed on Odette's stationery, no less.

With a few parallels between the food of Odette and JAAN, it's easy to label Royer's work here a 2.0, or even slam it as lacking in ingenuity. But bear in mind, now that Royer's in the co-owner's seat, the sky is pretty much his limit. And if this is how good things are from the take-off, we can't wait to see where he'll take us next. 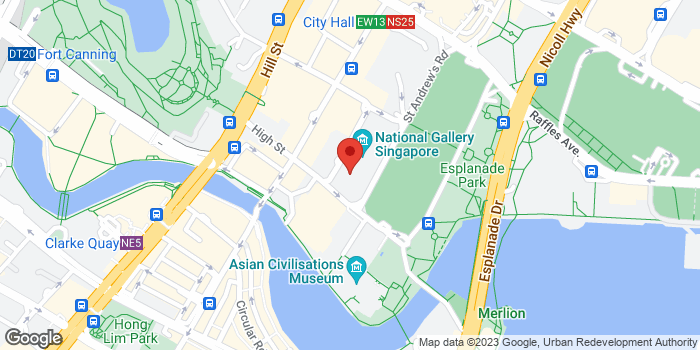