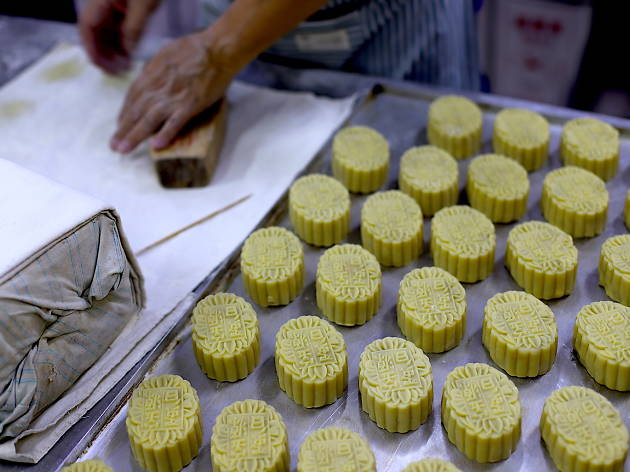 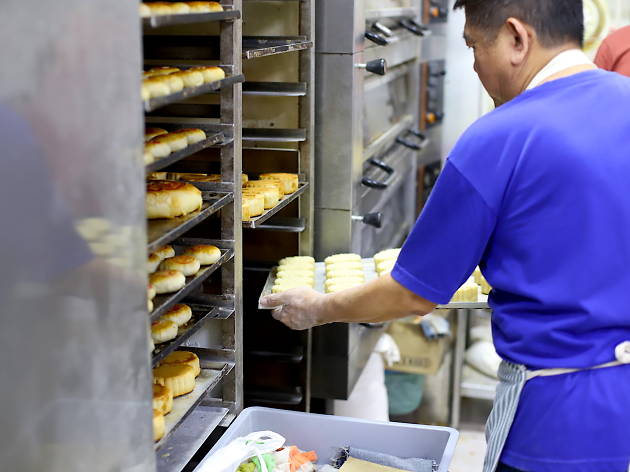 Sample a piece of tradition this Mid-Autumn Festival

Mooncakes are on full display at Poh Guan Cake House. There are over 30 different varieties available, ranging from the typical Cantonese bakes to those that follow traditional Teochew recipes. Ask for a recommendation and the staff may show you a pastry that resembles an oversized tau sar piah. Called da lao bing, it’s a Teochew-style flaky pastry filled with green or red bean paste. There are also the white sesame mooncake as well as other bakes like the la gao (black glutinous rice cake) that are getting increasingly difficult to find.

“It’s getting more and more difficult to run a traditional bakery,” third-generation owner Chan Kian Boon explains. Recipes are often labour-intensive, plus rising costs and staffing issues make the business hard to sustain. “That is why many traditional bakeries are closing down one by one,” he adds.

Poh Guan Cake House still bakes its pastries by hand, and have been doing so since the 1930s. While the rarer Teochew mooncakes remain its specialty, the bakery also sells the commonly found Cantonese version, which are often filled with lotus paste and salted egg yolks.

The kitchen hums with activity at 3pm on a Monday. We stand in the kitchen to observe how Poh Guan Cake House prepares its Cantonese mooncakes (watch the video here). On the menu: white lotus mooncake with double yolk.

The filling is first portioned and weighed out, then wrapped in a hand-kneaded dough. It is then pressed by hand into moulds made specially in Hong Kong. After a light brush of egg wash, the parcels go into the oven for around 30 minutes. They keep a watchful eye on them, turning the sweet parcels frequently to ensure they develop the right sheen of golden brown.

As the final batch of mooncakes are pulled from the oven, Kian Boon turns to us with a small request. He asks: “Can you send me the shots that you took?”

“You are helping me capture a piece of history, and I want to keep them,” he explains.

But really, it is Poh Guan Cake House that is preserving history, one traditional pastry at a time.