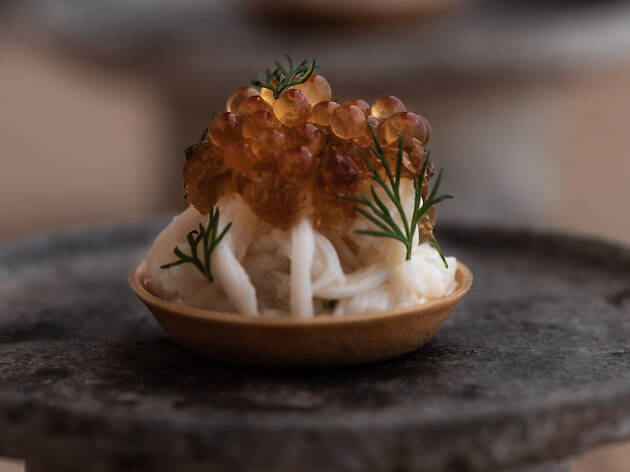 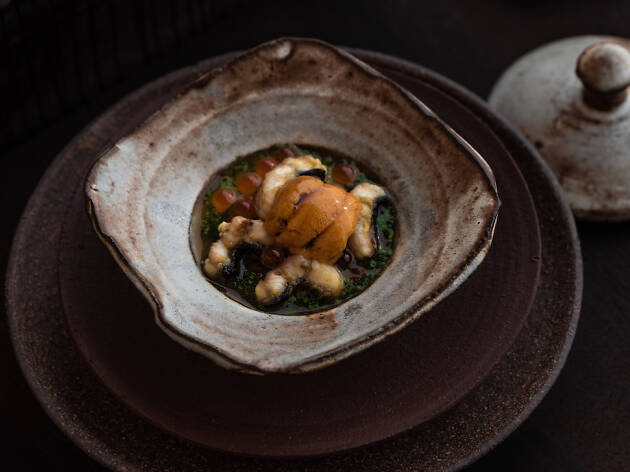 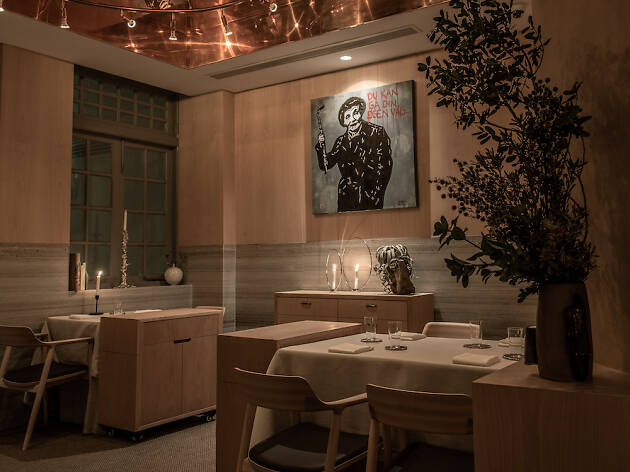 “What does $450 taste like?” – A common question I get asked about dining at Zén. After all, with articles pitting it as the most expensive restaurants in Singapore, it’s hard to look beyond the eye-watering price tag of a meal at chef Björn Frantzén first international outpost.

This is what I tell them. It tastes like snacks that have been perfected in the kitchen of Sweden’s first three-Michelin-starred restaurant. A thin tartlet holds beer-poached king crab topped with wild trout roe, a one-bite råraka with its crispy potato shell houses crème fraiche and delicate beads of vendace roe, and an intoxicating onion velouté foam hides a sweet blend of liquorice and chopped almonds. It tastes like uncommon ingredients you’d be hardpressed anywhere else in Singapore. Beautifully cooked marron interjected with puffed Koshihikari rice, Yukimuro snow-aged wagyu covered with ramson, pickled baby pine cones flown in from Russia and the most incredibly balanced dessert of sea buckthorn sorbet served paired with oolong mousse and match meringue. It tastes like the pure decadence of foie gras on rye and shaved over a semifreddo, exclusive Zén prestige caviar on a bed of venison tartare, chawanmushi with all the trimmings of uni, ikura and grilled unagi. And if that's not enough, there are slivers of white truffles that blanket a pristine piece of monkfish and a flurry of périgord black truffle black truffles atop its “grande tradition” French toast, which has been on Frantzén’s menu since 2008.

But to focus on the taste would be to miss out on all the other sensory pleasures a meal at Zén affords. It sounds like convivial service that’s equally adept at waxing lyrical about a funky Le Zaune à Dédée wine as it is comfortable with dropping f-bombs about how amazing Japanese muscat grapes are – all while The Smiths and Guns ‘N Roses play in the background. It looks like a dreamy Swedish home with porcelain mushrooms, kitchen paraphernalia and food sketches lining its walls alongside cosy couches and wing chairs looking into an open kitchen.

It’s the thrilling act of ascending to the second-storey dining room as anticipation swells when you pass by shelves and shelves of glass jars holding pickles, ferments and other infusions. It smells like the five types of tea that’s trolleyed to your reflective table on the third floor as you nibble on only the best Japanese fruits spiced with cloves, lemongrass and anise as your meal draws to a close. And it feels like $450 well spent because this exceptional escape to Sweden – if only for three and a half hours – is something you’d want to experience over and over again.